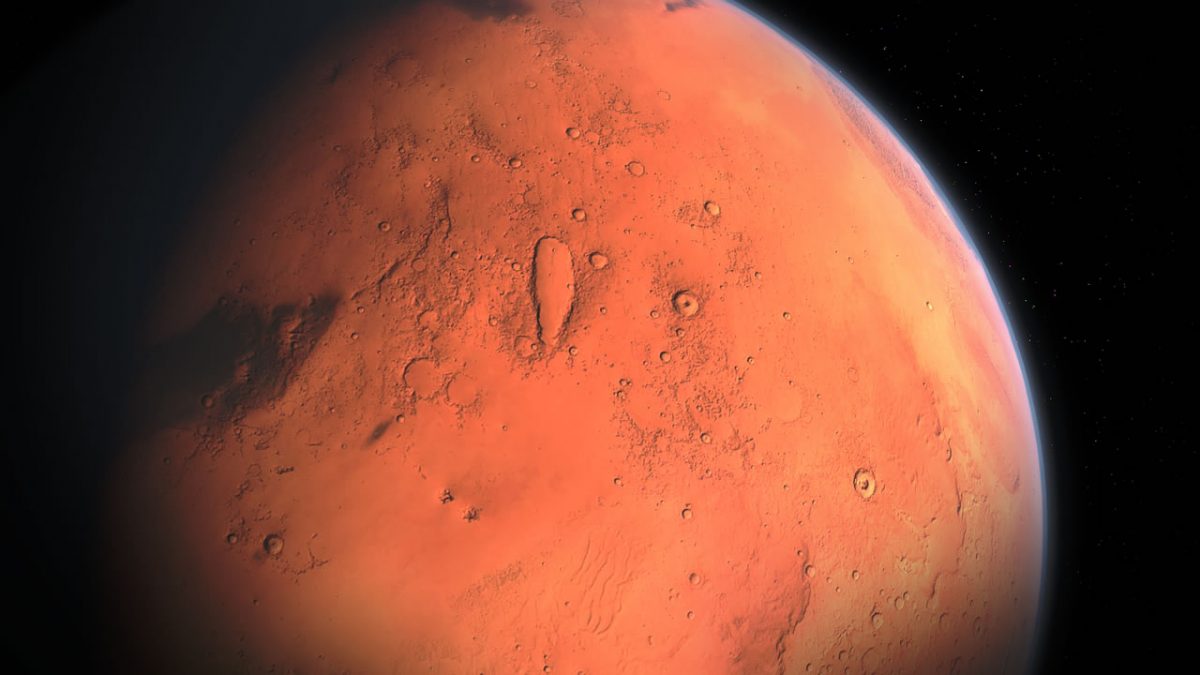 I remember looking up to the night sky as a child, ever fascinated by the duopoly of emptiness and liveliness, the many little white, yellow, blue, red dots amidst a black, infinite sky. The concept that people have gone up there, that people are still going up there, always had me intrigued. And while saying that I wanted to be an astronaut would be cliché, I kept my interest as much on the sky as I did on the world we stand on.

Years passed, and my interest faded. It wasn’t extinguished, necessarily, but rather dimmed down. Other facets of my life took my attention away, but I would always spare a glance to the night sky, to the article on new space travel, and to how technology being used in our homes and hands could one day bring said homes and hands to the stars. Then, just a few months ago, I staggered across a statement from Barack Obama. During the final few months of his presidency, he set his stance on the ever-present upward frontier in an op-ed piece, which contains this beautiful piece of text:

“We have set a clear goal vital to the next chapter of America’s story in space: sending humans to Mars by the 2030s and returning them safely to Earth, with the ultimate ambition to one day remain there for an extended time.”

Despite the political volatility of November 2016, this message rings out in my head. The new frontier is being pushed, indeed. The church bells are ringing, and the people are coming out for the morning service. Not only do these words and actions from former President Obama incentivize scientific progress with a clear goal that is now foreseeably attainable, they also open up a world of possibilities for humanity’s future.

With the help of science, overpopulation may have a viable solution as Mars becomes a place where humanity can not only walk, but live. Within their sealed bases, Martian residents can use their planet’s resources to sustain themselves, granted that the simple issue of temperature and pressure moderation is dealt with adequately.

With the help of science, less environmentally conscious methods of production can be moved to a place where they not only stop ruining Earth, but start helping to make Mars more hospitable.
The same greenhouse gases that seem to be increasing global temperatures on Earth at unprecedented rates, could be used on Mars to trap the sun’s heat, which will not only increase surface temperatures to more human friendly levels, but will also begin melting ice at the poles and across the planet. Once that happens, one can begin planting crops in Martian soil using Martian water and CO2 from these methods of production, and using the process of photosynthesis, these plants will give off oxygen, that thing that keeps us alive and well in Earth’s atmosphere.

This isn’t fantasy anymore, boys and girls. This is a possible reality. We are physically capable of turning Mars into Earth 2.0.

New planet, new resources. Economic boon. If we can station on Mars, the unknown riches of the asteroids which pepper our solar system are also ours to claim. More economic boon.
And most importantly, humanity may just have a uniting, or at least pacifying, goal. As the possible benefits of space expansion become more and more apparent, global conflict may decrease dramatically. Pushing the frontier of space, as of today, is one of the few uniting causes for the world’s biggest powers; astronauts from the United States, Russia, China, Japan, and many other countries coop up in the ISS and eat, sleep, and laugh together, all ultimately for the greater goal of scientific progress.

It is also said that two purposes of war are to use surplus and to acquire wealth. Well, with a new frontier, wouldn’t it be better to use surplus on a much more reliable source of acquiring wealth? Up in the sky, the gold is just sitting there, ripe for the taking. Down here, the gold is guarded by some human faction. Why risk defeat and loss of our own wealth when we can simply reach up and take what no one has claimed, with a much lower overall risk? It only makes sense that as the incentive brings along cheaper, more plentiful, more efficient technology, it would be easier to claim the unknown than to fight our neighbors. That’s what happened in 1492, except there are no native people to produce an ethical dilemma, ult.

Obama has laid down the gauntlet, and the incentive is there. The world runs on money, and there is money funding this. Once we reach the point that space is no different to us than the open ocean, once the money brings the minds necessary to do this and the product is produced, tested, and utilized, that same currency will be repaid a thousandfold. Not only will this be a long term economic benefit and will expand our knowledge, sating some of our curiosity, but those words, that aforementioned message, could also reshape humanity, extinguish modern humanitarian issues, and give the human race the most powerful card for survival and universal relevance since life was first brought into existence.

The blankets of ice that once covered the entire Arctic ocean in winter are shrinking. Vibrant forests countless animals once called home are bare. Landfills containing much of the world’s unwanted garbage are growing. Cumulative data that tracks weather patterns point to an even more destructive future.
We don’t live in a forest or remotely near any glaciers. When our garbage reaches the curb it is no longer our problem. Earth has experienced temperature change over the course of history. We are safe.

Temperature change has happened in the past, but it is now accelerating at a rate that is statistically undocumented.

Though it may seem insignificant, even the slightest temperature change will cause glaciers to melt. As the glaciers melt, the sea levels rise and decrease in salinity. With decreased salinity, the ocean cannot circulate heat and nutrients throughout the world.

As the glaciers melt, the sea levels rise and increase the rate of erosion. To compensate for the loss of sand that has eroded on the coast of places like Florida and New Jersey, sand within about a mile radius is pumped from the ocean onto the beach. But, as a result of rising sea levels, the redistributed sand moved even farther out into the open ocean, taking it too far out of reach to pump it onto the shores. Vacation destinations will lose serious beachfront property, reduced to little more than randomly salvaged patches of sand and the open ocean.

Global warming doesn’t necessarily mean the world gets hotter. Global warming may have catastrophic effects that go beyond the scope of just the changing temperature. Everything environmental is connected; the changes to our environment will directly affect large populations of people, no matter the location.

Finger pointing is futile – the direct cause of climate change no longer matters. Now is the time to come together and act. Now is the time to plan for a more sustainable future.
We are intelligent and we are capable. Our generation has experienced more innovation than anyone ever thought probable. What we need is the motivation to want to make a difference, no matter how big or small.

This is more than whether or not our grandchildren will see polar bears before their extinction. This is about coming up with a plan to slow the clock ticking down to the extinction of life on Earth as we know it.

The ice is still melting, sea levels are still rising and the forests are still being destroyed. Acknowledging whether climate change exists is no longer the question. The question is, are you willing to do something about it?