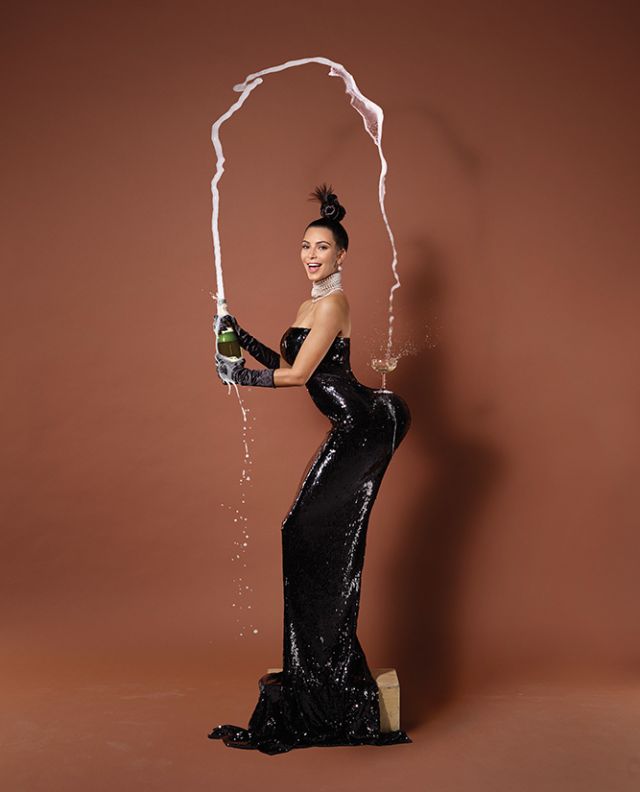 The inception of the Kardashian fame has never made any sense to me. For most people, having a lawyer-dad that defended a murderer sounds more like the track for working an office job, not the track for stardom.

But ten years ago, Kim K’s sex tape with her former boyfriend Ray J, was leaked online. That scandal catapulted Kim into the limelight. She capitalized on the attention she received from that video, ultimately scoring a reality show deal on E! alongside the rest of her family, entitled “Keeping Up With the Kardashians.”

The premise of most reality shows is being able to watch people be ridiculous and dramatize mundane tasks. We, the consumers, stay poor and dignified as we’re paying to watch people like the Kardashians get richer and less dignified.
The news media contributes to why we obsess over this family. Paparazzi manage to have the Kardashians plastered on the front cover of every tabloid magazine, good news or bad. The more publicity they receive, the more attention they get. The more attention they get, the more people strive to be them.

I think the real reason we’re obsessed with this family is because they are marketing geniuses. Any post they make on social media is obsessively edited and scripted. They walk around their multi-million dollar houses in heels and with full faces of makeup. They go on expensive vacations every weekend. They’ve launched their own clothing lines, make-up brands, and apps. These people have crafted a seemingly perfect life, so it’s no wonder the rest of the world wants to be them.
But not everything is as it seems.

It’s easy to put up a facade when you get to pick and choose what you show the world. But under all those filters are real people. People who cry over a sad scene in a Nicholas Sparks movie. People who dip their french fries in milkshakes. People who have dance battles in front of the mirror listening to Tory Lanez. (Or is that last one just me?)

Don’t get me wrong, I commend the Kardashians for knowing how to take advantage of a bad situation and being able to make names for themselves. But, I think society’s obsessions with the Kardashians has to end just like Kim’s 72-day marriage to Kris Humphries did.