Conspiracy Corner Presents: Have You Seen Any Birds Since the Government Shutdown? 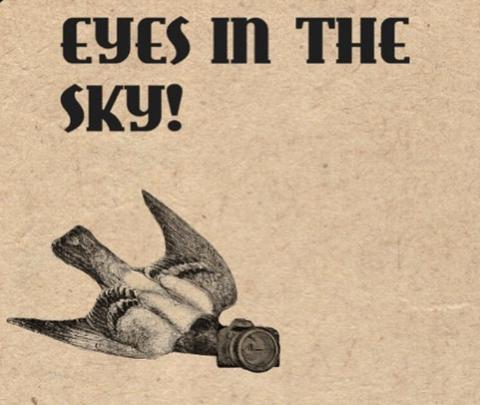 We are now experiencing the fallout of the longest government shutdown in history. It started on December 22, 2018, and ended on January 25, 2019. During a government shutdown, all “non-essential services” stop. This includes the Department of Education, national monuments, and… birds?

The government spies on us in many different ways, in ways we aren’t even aware of. They put cameras in public places, look at our credit card purchases, collect data from our phones, and monitor our computer activity. They’ve been conducting this surveillance for years, but few would suspect that they’d use birds to listen in on us.
“Spy birds” have been seen in pop culture: government “spy birds” were depicted in Mockingjay (the third movie in the The Hunger Games series), as well as in a new movie called Spies in Disguise, which is to be released on September 13th, 2019.

But these spy birds didn’t show up from nowhere. There have been rumors about John F. Kennedy’s assassination since the day it happened. It’s a widely believed theory that he was assassinated by the CIA. But why?

On October 25th, 1963, Kennedy was shown a prototype of the Turkey X500. Turkey X500 was a robot-bird that specializes in killing larger birds, as well as tracking down escaped criminals. Kennedy refused to allow the Turkey X500 operation to commence, however, and was killed on November 22nd. I’m not suggesting that this is the exclusive reason the CIA would have killed President Kennedy, but it can definitely be added to the list.

JFK has been the only president to try and stop the government’s spy tactics. In fact, other presidents have turned a blind eye to any sort of government attempt to spy on us. Richard Nixon even said, “We needed a way to keep an eye on the American citizens without them knowing. It was imperative, for their own safety, of course. We hired only the best. It took years. We designed, built, tested, failed. We persisted. Eventually, over decades, we had it. A fleet of covert technological surveillance devices unlike anything the world had ever seen were called simply ‘Birds.’” They were developed in 1978. 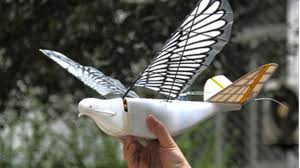 Last summer, China’s government released spy birds in order to boost government surveillance. While it wasn’t a massive number of birds, many bird-like drones were released to spy on Chinese civilians. But apparently this wasn’t the government’s first experience with these bird-drones. Over 30 Chinese government and military agencies admitted to using these spy birds to watch their citizens. This program is apparently codenamed “Dove,” and is run by Song Befang, a former scientist on the Chengdu J-20, Asia’s fifth generation stealth fighter jet.

These spy birds mimic the movements of real birds, their flapping wings are powered by electric motors, and each drone has a high definition camera, GPS, and an advanced flight system. According to Yang Wenquing, a member of the team working on these drones, there haven’t been many drones released, but they plan on using them on a larger scale sometime in the near future.