Being LGBTQ and Struggling Every Day 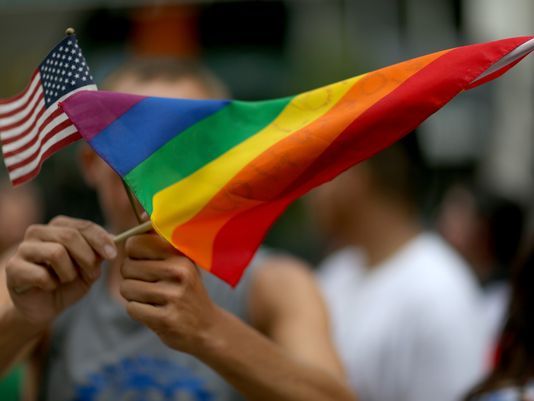 These past couple of years, I have just been going through the motions, wondering why I wasn’t like anyone else, and why I wasn’t particularly fond of anyone. Everyone else came to me about their relationship problems, so I just listened; apparently I gave great advice on a subject in which I hadn’t even been experienced. Through these talks, I learned what being gay really was but thought nothing of it.

However, some time last year, I received a short, yet impactful kiss on my hand. I began talking to this girl and after my attraction grew for her, I asked her on a date and soon after, to be my girlfriend. She said “yes” to both, which is how I discovered not only my own sexuality, but also why I wasn’t like anyone else. Although I am not really passionate about high school relationships, I believe this one was the experience I really needed. Yet, despite the confirmation it gave me as to who I am, it contributed to the downfall of my mental health. This relationship made my mental health fall, then rise, and then fall, again. Now it’s consistent: it hasn’t risen; it’s only plummeted, and I struggle to keep my cool in front of my classmates for seven hours a day, five days a week.

This experience has made me wonder: is there a correlation between negative mental health and the LGBTQ (lesbian, gay, bisexual, transgender, queer/questioning) youth? Does being LGBTQ cause mental health issues? A recent 2012 psychiatric study shows that the “US estimates of adolescent…mental health diagnoses indicate that 10% demonstrate a mood disorder, 25% an anxiety disorder, and 8.3% a substance use disorder.” So, this data shows a grand total of 43.3% of adolescents who suffer from some type of mental disorder. (If even fathomable, these diagnoses are not exclusive to the LGBTQ youth.) When you think about the statistics, consider all of the people in your own school, people you may not even know are LGBTQ, who like me, are silently struggling.

Imagine the torture some of us go through, not being able to be ourselves around our peers. Maybe some don’t care, but most do, as we want to be “out” and want to be able to be ourselves, but at the same time, we don’t want to pay the price of the discrimination, bullying, and prejudice that we pay for when we are “out.” Additionally, existing within a minority group can make a person weary and more attentive to who they trust, who they hang out with, and simply even who they talk to.

I know it has been this way for me and some other people, as well. If and when someone tells you they’re gay, bi(sexual), pan(sexual), or anything else, regardless of how you feel, don’t disrespect them, because bullying is prevalent throughout schools nationwide. For example, within the Chicago schools alone, according to an anonymous paper-and-pencil survey, respondents revealed that in the previous 12 months, 13.4% had seriously considered attempting suicide (17.1% of females, 9.3% of males), 10.4% had made a suicide plan (12.2% female, 8.5% male), and 10.1% had made a suicide attempt ( 9.7% female, 10.1% male). According to the previously mentioned psychiatric study, “almost 18% of lesbian and gay youth participants met the criteria for major depression and 11.3% for PTSD in the previous 12 months, and 31% of the LGBT sample reported suicidal behavior at some point in their life.” Many LGBTQ students are bullied by other classmates which further augments their depression, anxiety, PTSD, suicidal thoughts, attempts, and tendencies, and more. These feelings are some of the worst feelings one could go through, and I know: I still feel them regularly. We have hardships that no one would ever know because they only ever see us in passing. They don’t see the real internal struggle that we try to hide on a daily basis.

It’s hard to go through a period of self-discovery when we are constantly battling with the pressures of life, adolescence, and self-awareness so much so that we never have the time to step back and breathe. When people are being bullied constantly by their peers and families, the pressure grows not only from this desire for acceptance, both personal and from the world around us, but also from the regular daily pressures of school, work, and home, so you can see how life can be overwhelming.

However, we are strong. We are brave. We are courageous. We “adult” better than most other students in this school. In the morning, we put on our “adult” pants, and regardless of how we’re feeling, we get up, turn off our emotions, and go about our day as if everything is okay. We battle with our struggles and insecurities daily just so we can put on our smiles and say, ”Yeah, I’m fine.” We are able to do this because we have the strength, the willpower, and the “I can do it” in us. It is through struggle that we are refined. We may doubt ourselves and the world around us, afraid for what comes next, but because we are better prepared and aware than most, and because the daily struggle may be more difficult for us than for many others, we grow into our lives and develop an understanding of ourselves, as it is not what others may say about us that makes us who we are: it is the strength of our character that truly defines us.