A Body of Metal, A Mindset of Advancement 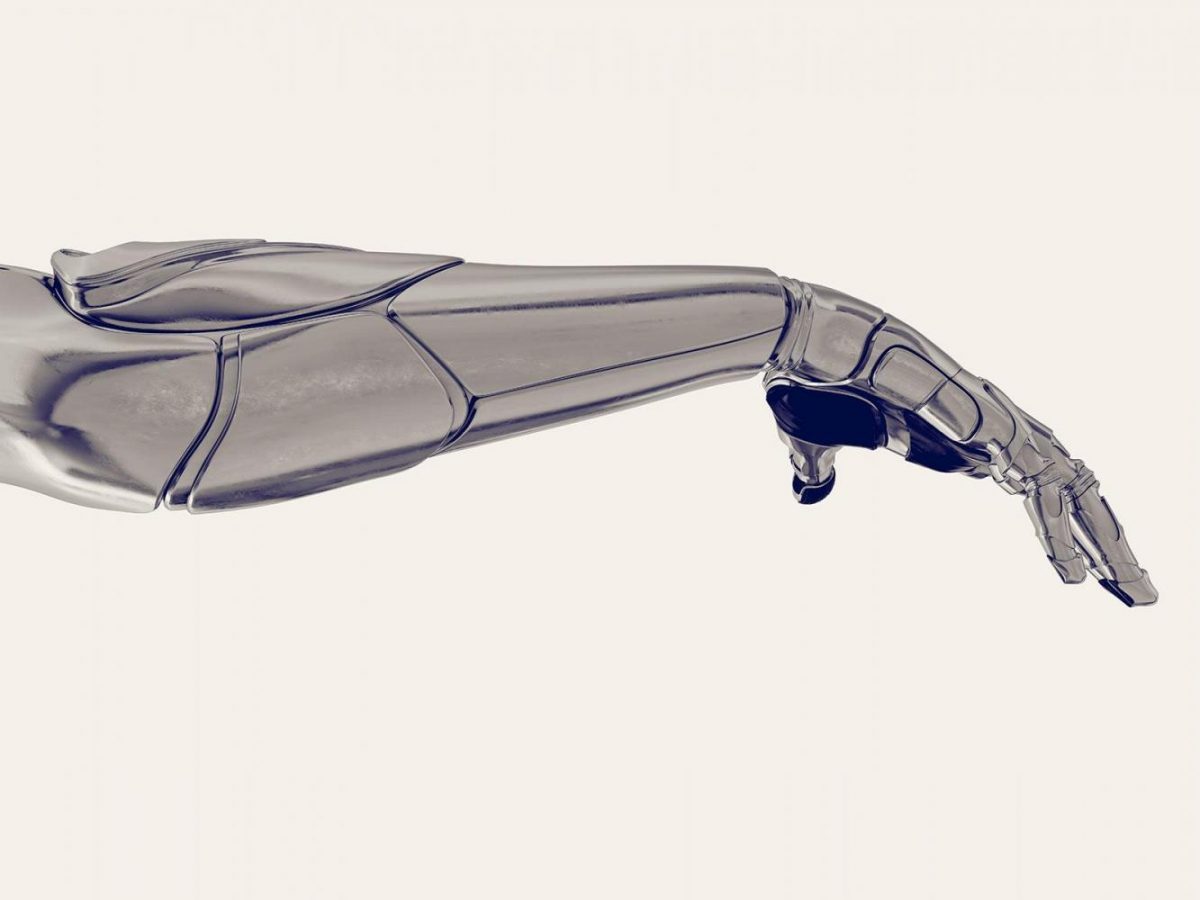 Civilization has been consistently improving due to the slow removal of the human being from integral processes. Factories in the 1800s powered by water mills and coal churned out fabric, arms and many other goods at rates that simply made handcrafted versions nearly obsolete. Computerization of databases now hold much more information within reach than any top-tier clerk ever could, and make decisions in certain environments that are much more precise than even the most skilled humans sharing their craft. Now, what is to say that the same technology that has been replacing us in our worlds can’t do the same inside our bodies?

Crazy talk, I know. But let me continue. Miguel Nicolelis, a Brazilian scientist, revealed something extraordinary several years ago. There was a monkey sitting in a lab, doing its thing within a controlled environment. Like any group necessitating a lab, the scientists monitored what they had let loose within its closed environment. But they weren’t monitoring that monkey’s behavioral patterns or even its metabolism: they were monitoring the neurons in its head. Every time the monkey moved its arm, a select few, maybe several hundred neurons out of the infinitely massive web that make up its brain, conveyed an electrical message. After an extended time narrowing down which neurons did what, a robotic arm was assembled and programmed to respond to the same neuron changes as the monkey’s arm, and the monkey soon had a copycat robotic arm completely detached from its body. The magic doesn’t end there, however. Soon, that same monkey learned to control that robotic arm completely independent of its own arm.

Now, what does this all mean for us? Say a veteran lost one of his legs in combat. Not only does this technology allow him to stand, but with a bit of refining to his brain, he can also walk, run, crouch and whatever else exactly as he did beforehand, with the added boons brought by a mechanical leg both more sturdy and powerful than a human leg. And this solution applies to people who have never walked before, or weren’t even born with legs, thanks to the ability of the brain to adapt to its area of control. While the problem still lies in regulation and safety precautions brought on by the governments of the world, the technology is here.

The ability to mechanically replace the human body only goes as far as muscles and bone, it seems, but it isn’t hard to envision organs being replaced with machines. Take the liver and the kidneys, for example. They’re filters. If someone hooks up the proper major blood vessels to an independently powered machine which can transfer excess waste in the bloodstream down to the bladder to be excreted, they would effectively have just replaced some of the most expensive and rare organs to come by with a machine that can be produced on a factory line within an hour. The possibilities are endless, and these machines may even be put in as enhancements, as a liver and kidneys made of metal can’t give out from alcohol abuse.

The technology is near, if not here. The human body has the potential to become at least partly mechanized, and many lives can be improved by these forward strides. This is science fiction and fantasy becoming reality. This is the future.