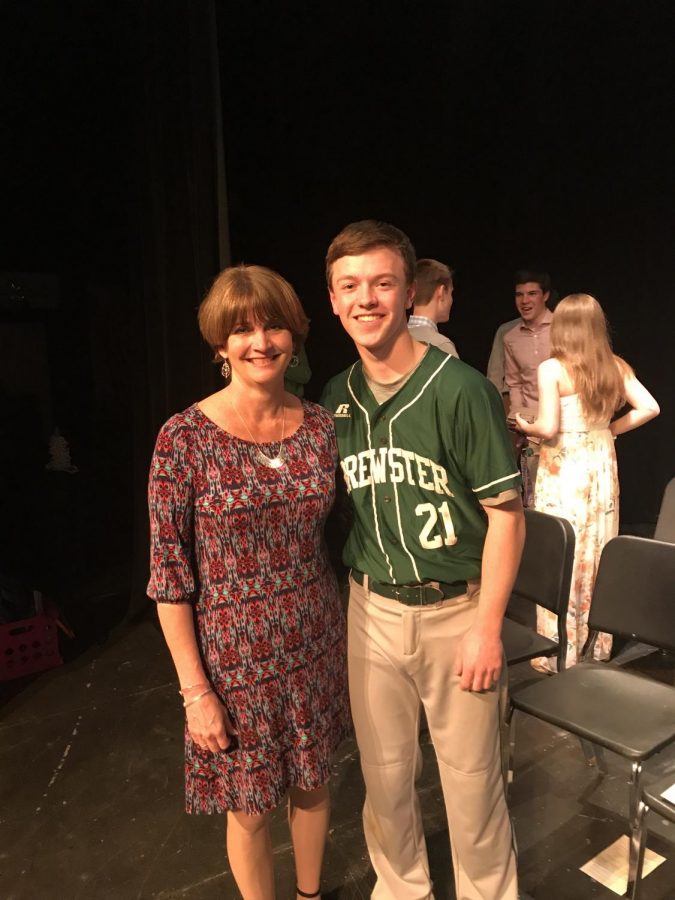 Before she started her “senior year” at BHS, Special Ed Co-Liaison/Teacher, Jeannine Wool decided that she wanted to be involved in as many causes and celebrations as she could fit into the year. She could not have predicted that she would be nominated by the Brewster Education Foundation as this year’s BHS Honoree at their Gala in April, where she celebrated with her family and friends! Nor could she have known that she would be inducted into the National Honor Society by her former student, Brendan Brooks, who in his induction speech remembered Mrs. Wool as a teacher who likes to leave her students laughing with short funny videos on Fridays. Congratulations, Mrs. Wool!