New Foundations Class Gets to the Bottom of Things 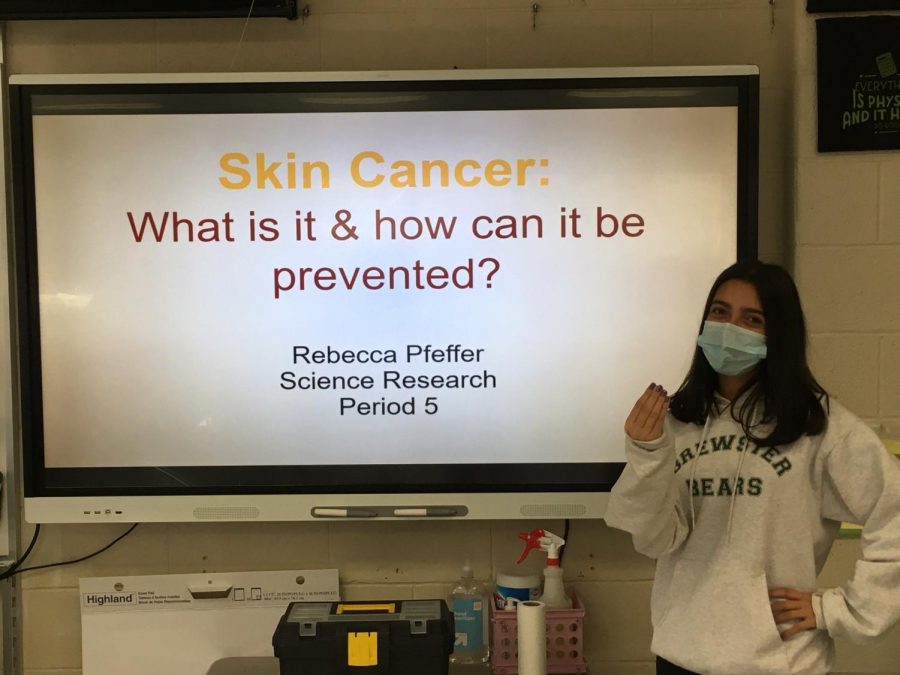 I doubt you knew that recent studies have discovered genetically engineered human skin cells combined with genes in spider silk can create one of nature’s strongest biodegradable materials. And you may also be wondering how I got to learn about a topic so in-depth and current at Brewster High School, but wonder no longer! In the science elective titled Foundations of Science Research, students are provided with the opportunity to immerse themselves in a science subject of their choice, learn from a teacher’s experience in research, share our discoveries with our peers, and eventually make an incredibly useful hobby that we can treasure going into our future!
Does it sound too good to be true? You don’t have to take my word alone. I was able to conduct interviews with volunteers from the Foundations of Science Research classes who recounted some of what they learned in the class, what topic(s) they chose, why it will be important in the future, and overall, the benefits of joining this new elective.
CL, a male sophomore in the class, says he wouldn’t have come across the topic of Nuclear Fusion Energy, if the class hadn’t given him an opportunity to do so. After only a month or so, he became literate on the theoretical topic of fusion energy and how in the future, scientists may utilize it to produce more energy than the sun without so much as a carbon footprint.
Meanwhile, RP had decided to steer toward the causes of skin cancer, and most importantly, what scientists are discovering to limit their negative effects. She finished off our interview by saying, “It’s chill and stress-free, yet we still get to learn a lot. I would definitely recommend this class for anyone who takes some type of interest in science.”
Another sophomore I interviewed, RG, discussed with me how studies in Neurogenetics have begun to positively influence the recovery of genetic diseases and may go as far as to cure people with seemingly untreatable diseases such as Alzheimer’s, or at the very least help to prevent them. She says “[This class] is creative freedom in a way. Even with it’s STEM base, we get to choose our path ourselves.”
A student in the same class period as myself, AC, had also volunteered to talk on her topic; Fertility and Reproductive technology. “I’ve always been interested in genetics and creating new life,” she told me. She went on to explain scientific findings on artificial wombs, devices that would allow for a pregnancy by growing a fetus outside the body of an organism. “It’s not your typical kind of class. You get to take control of your own education.”
As for myself, joining Foundations of Science Research this year allowed me to unlock qualities I can apply to my college education like extensive organization, communication, and of course, inquisition. It made me significantly more aware of the insane explorations of science that we don’t get to hear of in our everyday lives. Thanks to the creation of this new class, as taught by Mr. Carlton, I get the opportunity to enrich my science and research knowledge with all that’s happening in the world as it happens.