Your Information Destination for ParanoiaS 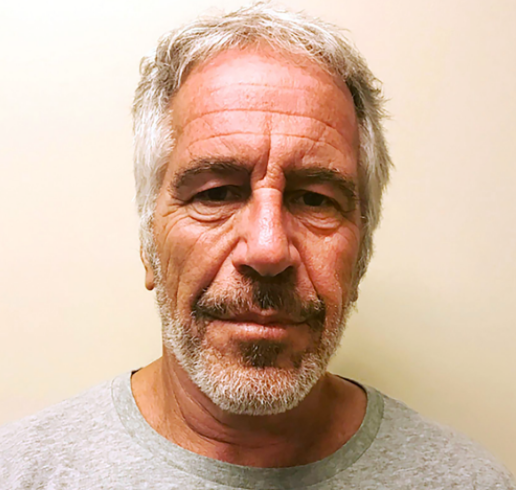 It’s all over the internet – memes saying that “Epstein didn’t kill himself” and “Epstein suicide a hoax.” Some people even see the whole subject as a joke, but many others believe that Epstein’s death is suspicious. Jeffrey Epstein´s death has been the subject of church marquees, billboards, signs, shouted about on TV, and has been joked about at the Golden Globe Awards. But what actually happened?

Who was Jeffrey Epstein?
In 1982, Jeffrey Epstein founded an investment firm called J. Epstein and Co. An investment firm is basically a company that will take their clients’ money and invest it into stocks and private companies, making as much money for the client (and themselves) as possible. Epstein marketed his services to the wealthiest of clients. According to Vox, he aimed for, “those with assets worth more than 1 billion.”

Before his last arrest, his business seemed to be thriving. He lived a lavish life, owning a mansion in Florida, a ranch in New Mexico, and one of the largest private homes in New York City. He was acquainted with many of the rich and famous set; well-known individuals such as former president Bill Clinton, Kevin Spacey, and even President Donald Trump. Most people believed him to be a billionaire, but at the time of his death, Epstein was worth only $577,672,564. The source of his wealth always seemed sketchy.

Why did he go to jail?
In 2005, the parents of a 14-year-old girl contacted Florida’s Palm Beach Police Department and told them that Epstein had molested their daughter. She was taken to his home in Palm Beach and was paid to commit sexual acts. This triggered a 13-month undercover investigation of Epstein; eventually the FBI got involved.

The FBI investigation learned that Epstein sexually abused at least 50 minors, and through evidence found at his home, they found that most of the girls involved were under the age 18. Police Chief Michael Reiter said, “This was not a ‘he said, she said’ situation. This was 50-something ‘shes’ and one ‘he’- and the ‘shes’ all basically told the same story.”

Epstein avoided federal charges, but in 2008, he finally pleaded guilty to a state charge of solicitation of prostitution of a minor, and was handed down an 18-month prison sentence. However, he served only 13 months, and was granted a “work release.” He was allowed to commute to an office for 12 hours a day, 6 days a week.

This lenient sentence was disputed in 2018. Journalist Julie K. Brown wrote an expose about Epstein, and eventually identified about 80 victims.

Epstein was arrested again in New York on July 6th, 2019, on sex trafficking charges. About a dozen FBI agents forced their way into his Manhattan home and found thousands of suggestive photographs of underage girls. They also found a safe filled with $70,000, 48 diamonds, a fake Austrian passport, and hundreds of CDs labeled with the names of his victims. He was sent to the Metropolitan Correctional Center.

How did he die?
On July 24th, 2019, Epstein was found injured and barely conscious on the floor of his cell. He had marks around his neck that were unclear as to whether they were the result of a suicide attempt or an assault. His cellmate, who was awaiting trial for 4 counts of murder, was questioned. He denied knowing anything, and even Epstein could not give a clear explanation as to what had happened. Instead of investigating the incident, Epstein was simply put on suicide watch. He was placed in a special housing unit, received a new cellmate, and was supposed to be checked on by guards every 30 minutes.

On August 9th, 2019, Epstein’s cellmate was transferred out, and a new one was brought in. That night, the two guards in charge of watching Epstein fell asleep and failed to check on him for three hours. The cameras in his cell also malfunctioned that night. Epstein was found dead at 6:30 AM on August 10th, 2019. The Bureau of Prisons and U.S. Attorney General William Barr called it an apparent suicide.

Why would he be targeted?
Epstein was known to associate with multiple high profile celebrities and politicians. His social circle included Great Britain’s Prince Andrew, Harvey Weinstein, and Saudi Crown Prince Mohammed bin Salman. In 2002, Donald Trump said, “I’ve known him for 15 years. Terrific guy. He’s a lot of fun to be with. It is even said that he likes beautiful women as much as I do, and many of them are on the younger side. No doubt about it — Jeffrey enjoys his social life.” Trump’s public opinion of Epstein has since changed, but their friendship definitely raises a few eyebrows. They were friends at the time Epstein was first arrested in 2008.

Many people believe that Epstein blackmailed these “friends.” They paid him for time with the girls on the down low, and everyone kept the relations a secret. One of Epstein’s victims, Virginia Giuffre, said that his tapes were his insurance policies. Epstein apparently told her that, “People owe me favors and I’ll never get caught.”
If Epstein was still alive, he’d definitely be able to take some important people down with him. If he let anything slip about any of his high-placed friends’ relationships with underage girls, Donald Trump included, it could be disastrous for their reputa

tions. It would make sense that the several governments would want to shut Epstein up.

My opinion
I don’t think Jeffrey Epstein killed himself. Looking at all the facts and evidence from the night Epstein died, suicide just doesn’t make sense. Consider: Epstein received a new, unnamed, roommate that night; BOTH of the prison guards assigned to watch Epstein fell asleep, and the cameras in his cell mysteriously malfunctioned. The perfect storm? I don’t think so. Too many things fell into place at just the right time. It’s already far-fetched that one or two of these things might occur as a coincidence, but all of them? Not possible.

What do you think? Did Epstein kill himself?