Learning to Adapt in a Sea of Uncertainty 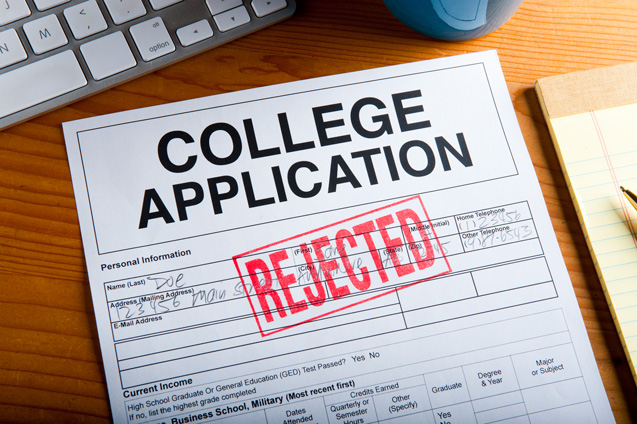 Everyone has high expectations for senior year. There are sporting events, lots of senior festivities, and the chance to go out with a bang with some people you’ll likely not see again after June. I certainly had these high expectations when I started my senior year this past September.

Looking ahead, I knew that the college application process would be a priority, and I expected the stress. But I figured that since all of my closest friends would be going through the same thing, the company would help me stay sane during that strenuous six month period.

There’s a certain pressure that gets put on students ranked in the top ten. There are high expectations for these students, and they regularly get asked about which prestigious schools they are going to attend. I am ranked third in my class, and as I saw it, I was going to play football for Princeton the following fall.

In January, I learned that Princeton would not be able to offer me a spot on their football team. At that point, I began to panic a little. I had been waiting since September to learn what kind of package Princeton would provide for me to be able to play at my dream school. Once I learned that my dream was no longer a possibility, I had to come up with a Plan B.
I had to take a hard look at where I next saw myself going.

I was ready to make a decision just to get the process over with. I had applied to top schools like Michigan, Virginia, and UCLA, and as it was already February, I was definitely feeling anxious. These schools make you apply in November but make you wait until April to hear their decisions, and it sucks.

In March, things seemed to be going in the right direction. I got my first Division 1 offer to play football at Bucknell, a school that had always been on my radar, and I was really excited about the thought of committing there. Unfortunately, this offer came with no money and a $70,000/year pricetag. It just wasn’t realistic.

When I finally heard back from all of the schools I had applied to, I was devastated. By the time April 1st came (a date rising seniors will soon learn the significance of), I was denied or waitlisted by eight out of the twelve schools I had applied to. I had been denied admission to all of my top choices and was accepted to only four schools: Union College, RPI, Syracuse University, and the University of Georgia.

On top of the fact that I didn’t get accepted by even one of my top choice schools, I had the overwhelming feeling that I had failed to meet the expectations that were set for me from the beginning of the year. I had let myself down and disappointed everyone who shared those expectations. Not one of the schools I had been accepted to was a school regarded as an acceptable choice for a top-ten ranked student. The process made me question what I had done wrong. I didn’t know whether it was my college essay or my test scores or college quotas or anything else.

When asked what I was going to do, people seemed surprised to learn that I was leaning toward Syracuse. I got confused looks, followed by hesitated congratulations, but I understood the confusion. If in September you had told me that I would be seriously considering Syracuse University, I would have told you that you were crazy. Back in September, I was going to play football for Princeton…right?

I didn’t understand why I got denied by schools that I expected to be admitted to, competitive schools like Villanova and Ohio State, but I had to accept it and move on. Feeling desperate to find which of the schools I would best fit with, I decided to visit the University of Georgia – just to give it a look. To my surprise, I fell in love with the school. It had a southern charm that other schools I had visited lacked. I was ready to enroll until I learned that their engineering program, the program I planned to major in, wasn’t yet accredited because it was so new. Again, I was let down and confused about what direction I should take.
I was being forced to make the decision that I made.

The more I thought about it and the more I talked to my peers, the more I realized just how crazy the college admission process really is. There was nothing more I could have done. I wondered how colleges could get real insight into us based on a packet of information and an essay we were required to write. It’s difficult to authentically stand out. I came to the conclusion that there really was nothing I could have done differently.

Although Syracuse University was not my first choice – it was not even my second or third choice – I have heard only reassuring and promising things about the school. I will be studying engineering, my passion, and I will have my older brother there at Syracuse if I ever need anything.

In the end, I learned that we have little control over what colleges will admit us or waitlist us or deny us. The application process is brutal and made me question whether “all things happen for a reason” or “if things really turn out the way they’re supposed to.” There is no way of changing the decisions that have been made, but I also learned that there’s no time to sit and sulk about how things didn’t turn out as planned.