WEB EXCLUSIVE: Model UN Turned Out to Be the Best Place to Be 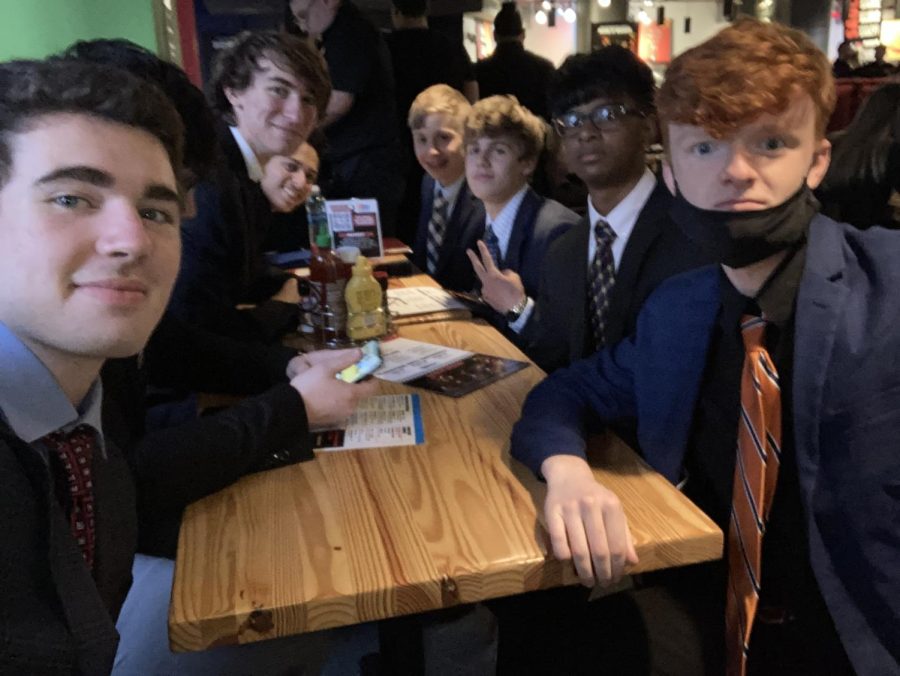 As an incoming freshman, I had no clue what to do with my free time. Sure, I was busy with schoolwork and after school sports, but I also wanted to try my hand at clubs and activities not found in middle school. Then, I was introduced to Model United Nations. Although it seemed daunting at first, it was easy to pick up, and I got into it pretty quickly. In Model UN, you get to go to conferences where you get thrown into situations (some of which are ludacris), where you get to “rewrite” history, by making decisions as your role. For example, you could represent a military general in the middle of WWI, or even Iron Man in the Marvel universe. When faced with so many possibilities, valuable lessons can be picked up.

Here are 3 important lessons I’ve learned along the way.

Here at Brewster, we have our own conference, BrewMUNC, where high schools all over the area come and work together to create solutions. The best part about these? Things can go off the rails, and fast. For example, in my first ever conference at BrewMUNC, I was the president of the U.S. in the height of the Colombian Drug Trade. Although a lot was done to thwart drug trafficking, one of my cabinet members defected to Pablo Escobar and ran away to Spain. The Colombian government also developed “Captain Colombia,” and I got assassinated. Although the conference was a blast, getting killed wasn’t my personal goal.

Despite the chaos, BrewMUNC taught me something very important to succeed: collaboration. At Pelham’s conference, PelMUNC, I was given the role of a Greek king, and I, along with other Greek rulers, were tasked with seizing the city of Troy. Instead of letting it all fall to chaos like before, working together led to achieving victory. Without communication and working with my teammates, we wouldn’t have received such an end result.

Don’t be Afraid to Get Creative

I was very excited to go to EagleMUNC in Boston, and rightfully so. It was an absolute blast not only during the conference by Boston College, but outside of it as well, spending time enjoying the city with others. If after reading this you decide to join Model UN, I’d heavily recommend going, it’s some of the best 3 days of your life. Besides that, there’s one thing I regret. Not being creative.

Walking into the conference, I wanted to be professional. Instead of trying out my normally wacky, goofy ideas, I was very basic. This led to me not doing well, and others taking the lead with their clever solutions. I loved the committee and those I met along the way, but I still wish I didn’t think so “uptight” and instead let my mind wander. Don’t suppress your creativity for the sake of formalities.

So, if you’re looking for something new, join Model UN. You won’t regret it.