A visit to the Greek consulate yields experience, debate, division, and ultimately unity in a group the continues to flourish at this conference year after year.

FROM January 16th to January 19th, twenty students from Brewster’s Model United Nations had the opportunity to travel into New York City and spend the weekend debating at the Columbia Model United Nations Conference and Exposition (CMUNCE). There, students got the chance to participate in debate on a wide array of topics where they were forced to work together to create well-thought-out solutions to the problems they were presented with. CMUNCE is a major conference, including delegates from countries all around the world. The diversity of the Columbia conference makes it a thrilling experience for the students involved, giving them a chance to meet new people while challenging their skills in public speaking, debate, and compromise.

The weekend started at the Riverside Church, where Opening Ceremonies were held. Delegates heard from Christian Wenaweser, the permanent ambassador to the United Nations from Liechtenstein. Ambassador Wenaweser discussed the role of small countries, like Liechtenstein, in the United Nations, as well as his own political career and what drove him to United Nations work. His speech was a perfect way to kick off the conference, seeing as students would soon be emulating the diplomacy and cooperation that the United Nations so encourages. 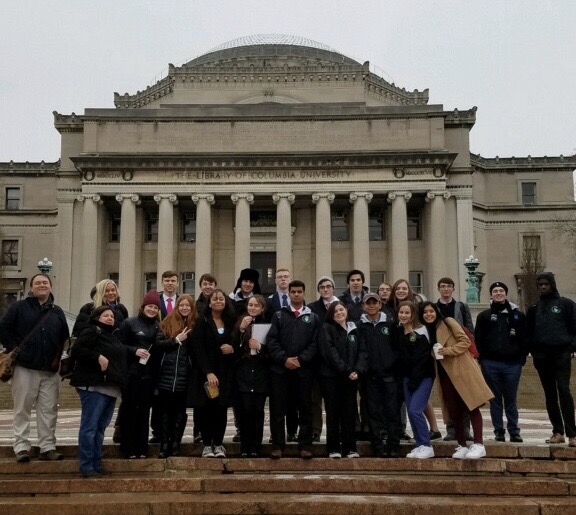 From there, delegates were escorted to their committee sessions. Columbia offers more than twenty committees, spanning many different time periods and topics. Delegates from Brewster participated in historical committees including Hurricane Katrina, Akhenaten’s Council, the Punic Wars, and the Shanghai Communique. Most of these committees were crisis committees, meaning that delegates were repeatedly presented with intense and challenging issues that they had to solve as whole committees. Crisis committees require delegates to think on their feet, finding creative ways to escape tough situations while working secretly towards their position’s personal goals. As crisis committees are very delegate-driven, being on a crisis committee often leads to unexpected turns. Jasmine Cabral, who represented Thutmose on Akhenaten’s Council, shared that “[CMUNCE] was a fun learning experience, and the crisis team really helped to make the committee engaging and surprising at the same time. We passed directives that made a vegan breakfast chain, one to conduct an investigation into murder and treason, one to go to war with a delegate-made country called ‘Clap,’ and a directive almost got passed to replace the emperor with a tomato.”

In addition to historical committees, some Brewster students were able to participate in more unconventional committees, like a committee based on the novel 1984 and a committee on Martian Independence. These unique committees challenged delegates to stretch their imaginations to find solutions to unusual and unprecedented issues. In doing so, the delegates had to work closely with the others on their committee, forming bonds that extended beyond the committee room. “Martian Independence has never been so fun,” said Anthony Ayala, who represented a member of the Oort Cloud collective. “There was never a dry moment, but the best part was outside. Before committee, we talked about politics and whose school is worse. After committee, we’d exchange social media and play 8-Ball in a consulate.”

The conference also gave delegates the opportunity to learn more about the work the United Nations does. On Friday, delegates visited the permanent mission of Greece to the United Nations. There, they were able to learn more about how the United Nations works, what they do, and how individual countries contribute to the whole effort of the UN. Delegates were also able to ask questions and learn more about Greece’s perspective on pressing issues, like the conflict in the Middle East and Brexit. The visit to the Greek consulate helped students to understand the implications of the work they do in committee that would extend beyond just that weekend, sharing with them a wider understanding of why working with others is such a valuable experience to have. “My committee was full of people from all around the world,” Macie Marinich commented. “It felt like a true United Nations experience because all of these different people were brought together to reach a common goal.”

On Friday night, some students were also called from their hotel rooms to participate in a midnight crisis debate. Kennedy LaMoreaux, Alek Reichelt, and Supriya Sharma were all brought to the lower floors of the Marriott Marquis to meet with members of their committee and participate in debate from midnight to 2:30 AM. The midnight crisis debate served to give delegates a chance to further their skills in public speaking and diplomacy in an unorthodox and informal setting, adding a new layer of flexibility to the debate.

After a full day of debate Saturday, the conference ended Sunday with Closing Ceremonies. Macie Marinich and Owen Lennon were awarded with Verbal Commendations for their representation of Vizconde Antonio Moralde-Francisco on the Visigoth Cabinet of Islamic Spain and Bill de Blasio on the Amazon HQ2 Bidding Process committee, respectively. Suvan Akula and David Alade also received Verbal Commendations for their joint representation of France on the Congress of Vienna. Henry Bloss, representing Soviet Secretary of Defense Dmitry Ustinov on the Soviet Invasion of Afghanistan committee, was awarded Outstanding Delegate for his committee.

Overall, CMUNCE was a memorable time for all of the delegates who attended. “CMUNCE was the greatest experience of 2020,” remarked Emily Rusinko. “I would do it a million times.” CMUNCE attendees would like to thank Mr. Mullane, Mrs. Schumacher, and Mrs. Chalmers for their leadership and support. Without them, attending these travel conferences would be impossible and Model UN members would never get such amazing experiences. 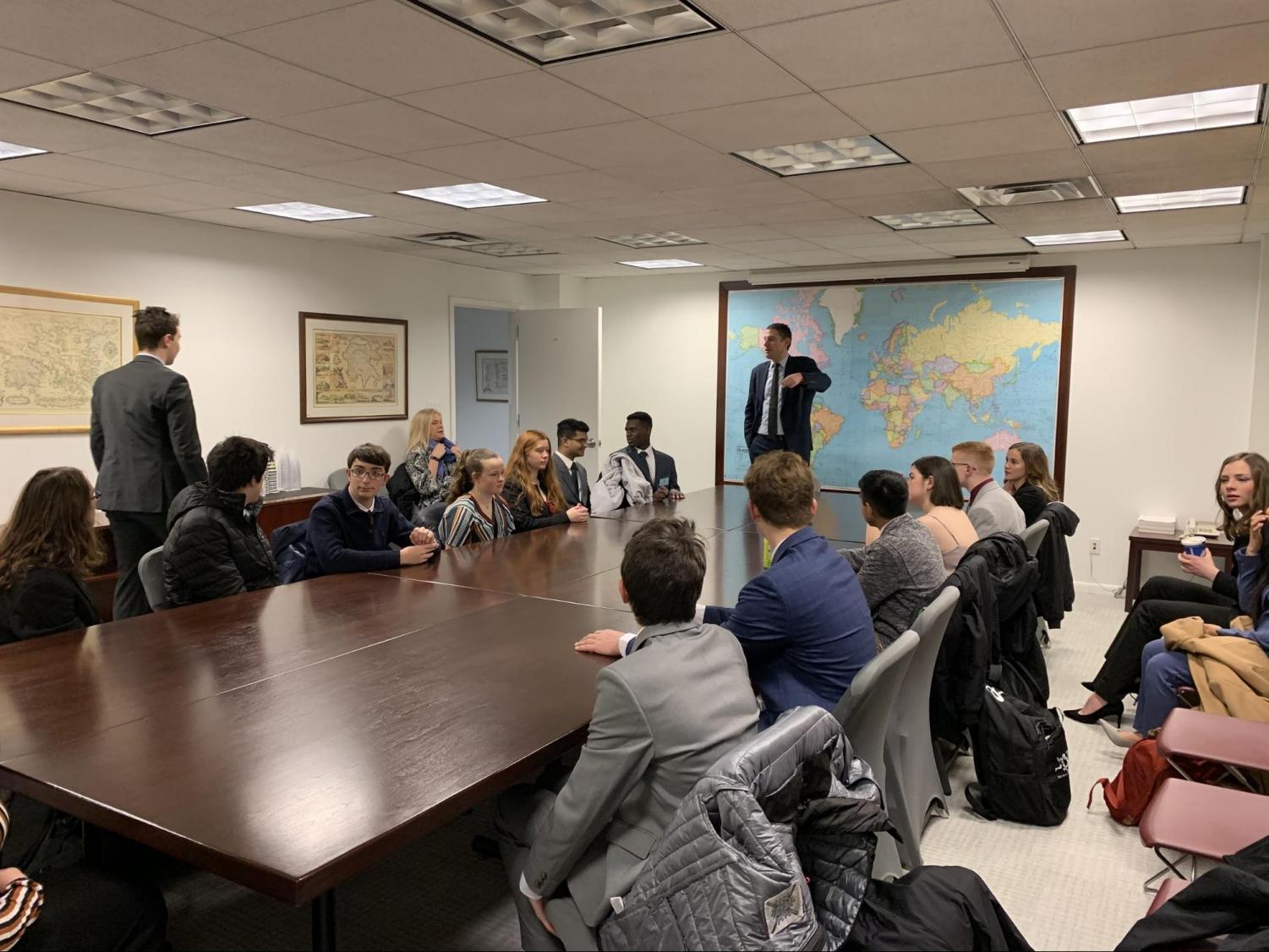