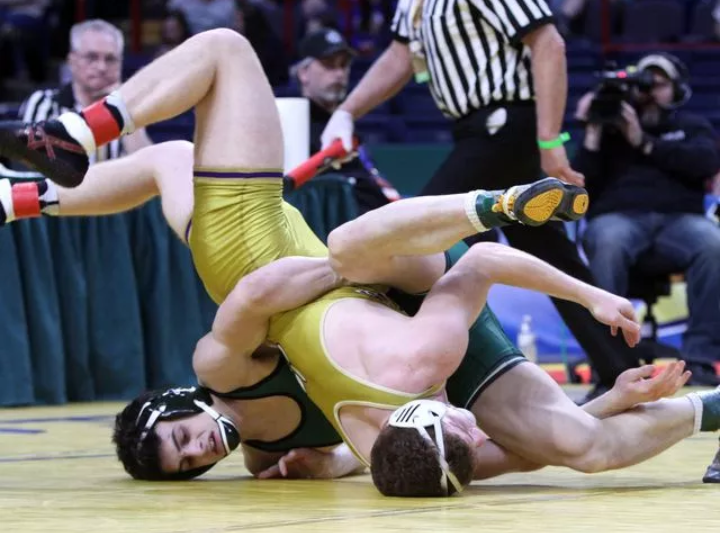 The Bears were led this year by Julia Borsari, who averaged 13 ppg, and Maggie DePaoli, who averaged 12 ppg. Over the winter break, they won the Hastings Holiday Winter Tournament where Borsari was named MVP and Jess Miele received All Tournament team honors.

In the other two tournaments they participated in, Borsari and DePaoli both earned All Tournament team honors. Borsari and DePaoli also both earned All League honors and now both have a chance to get All Section. Moving forward, the team’s goal is always to make it to the county center, have a winning record, and win the league. Since the team is so young, they’d like to have each and every individual improve personally

Sophomore Harry Dignan took his game to the next level this year, scoring multiple 20pt games to help earn him All League. The team picked up the slack after a slow start, rallying behind captains Sean Nevin and Connor Dignan. The seniors all contributed greatly throughout the season, each having certain games in which they took over. The young basketball team is looking to grow in the off-season behind returning starters Harrison Dignan and Cam Hart. Chris Blaser will look to contribute offensively, and Ethan Farquaarson will expand his presence as a big man.

This winter season, the team received three new athletes: Dante Felder, Brianna Bray, and Emily Cullen. For the first time, Brewster became a co-ed cheerleading team. These three new cheerleaders proved that they deserved their spots on the team and showed passion in the sport. They have grown as a whole to become one and have worked hard, gaining new skills every day. Toward the end of the season, Dante Felder and Alyssa Tangredi received All-League.

Looking ahead, the team desires both the girls and boys 4x800m relay teams qualify for nationals, the school record for pole vault broken again, the Racewalk school record and section one all time record be broken, and Reggie Titre-Barnor and Amelia Cuomo qualify for states

This indoor season, the team did a lot better than what was expected. Shocking the league and coming out of nowhere to win was one of the many highlights of the season. In the upcoming spring season, everyone will be looking forward to improving upon their individual times. All of Brewster’s relay teams will try and improve on their times, as well. The 4×4 team of Luca Riolo, Eric Jacobson, Scott Jacobson & Reggie Titre-Barnor nearly beat the school record of 3:36 by one second, and they think they can beat it with a great spring season. During the spring, the team would also hope to repeat winning the league again!

The team won its division in their conference during the regular season. Being the first year of a merger with the Yorktown team, the collaboration proved to be a tremendous success. Standouts include All League Honorable Mention for Michael Isola, and All League, All Section, and Player of the Year for Connor Henderson.

This season, the girls lost to only two teams. The boys’ team, a very young group that grew throughout the season, had a great effort. Keegan O’Connor had many first place wins throughout the season. Sophie Lester regularly came in the Top 5. Charlotte Greene, Chris McCarthy and Hailey Cantamessa continually finished in the top 10. Sophie Lester, Keegan O’Connor, Charlotte Greene, and Chris McCarthy all advanced to Sectionals at Hunter Mountain. The girls’ team placed second at Sectionals, with Sophie Lester advancing to States and Keegan O’Connor and Chris McCarthy were both taking as alternates. The very young team is looking forward to next year where they should continue to grow.

The team would like to get past the first round as a team in the Section 1 Dual Championships and would like to have 5 All Section wrestlers. Additionally they hope to send 8 wrestlers to Sectionals and break .500 in the team dual record next year. The team is looking forward to a great year coming off of this current one.