Remembering Kobe Bryant: A Tribute to a Legendary Player, Father, and Friend 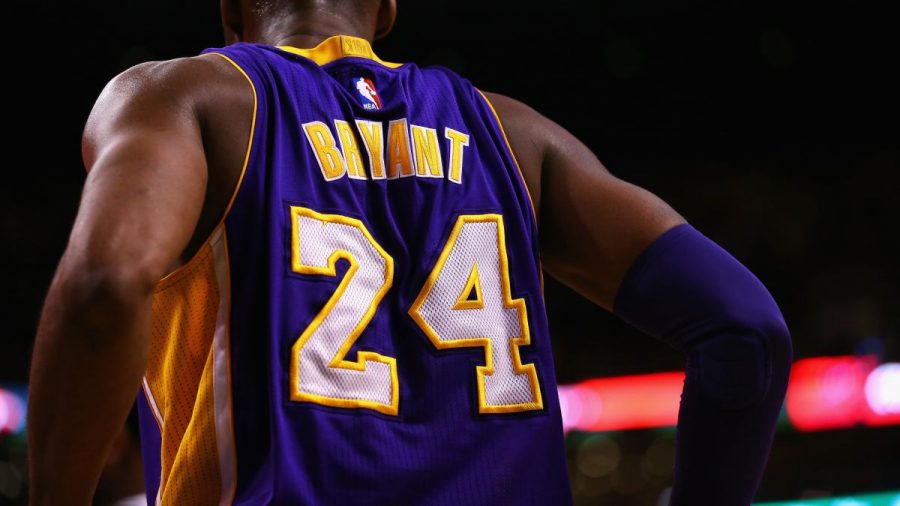 ON Sunday, January 26th around 2:30 PM Eastern Time, the entirety of the basketball world was shocked to learn the tragic news that Kobe Bryant (41) and his young daughter Gigi (13) had died in a helicopter crash in Calabasas, California. Along with Bryant and his daughter, there were seven other passengers who perished – including the helicopter pilot.

Kobe meant so much to the game of basketball. His work ethic and determination to triumph, his will to win, and his invested degree of competition will always separate him from other NBA superstars. He went into every game with a “Kill or be killed” attitude – or what is known today as Mamba Mentality.

Bryant was drafted, right out of high school, in 1996 by the Charlotte Hornets. He was then traded to the Los Angeles Lakers, the team where he would spend twenty NBA seasons. Kobe was the youngest player to be selected into an All-Star game in his second NBA season; he was nineteen-years-old.

In his fourth season, he teamed up with Shaquille O’Neal and won the first of three straight championships (2000-02). He dropped a career-high 81 points (the second-highest number of in-game points in NBA history) against the Toronto Raptors on January 22nd, 2006. In the same NBA season, Bryant averaged his career-high 35 points per game. In 2009 and 2010, he led the Lakers to two more NBA titles. Kobe owned an impressive total of five Championship rings.

On April 13th, 2013, Bryant tore his Achilles tendon. But instead of leaving the game, he remained on the court and knocked down both free-throws showing no signs of pain. He went off court to be checked and actually returned to the game to finish with 34 points.

On April 13th, 2016, during Bryant’s final game of his NBA career, he dropped 60 points, making that game one to remember. He dropped the highest number of points in a final game and ended his career using the iconic line, “Mamba Out!” In January of 2017, the Lakers organization retired both of Bryant’s numbers.

Bryant adopted the nickname, Black Mamba, inspired by the code name for a lethal assassin in Quentin Tarantino’s movie, Kill Bill and based on the venomous viper snake. In a 2015 interview, Bryant clarified what inspired the name, “When I step on that court, I become that. I am that killer snake. I’m stone cold, man.” Later, Nike partnered with Bryant and the LA Boys and Girls Club to establish a youth basketball league called the Mamba League. Bryant created the Mamba Sports Academy; he was on his way to a Mamba Sports Academy game on January 26, when Bryant, his daughter, and their seven other passengers perished in the helicopter crash.

So many members of the NBA wrote heartfelt words about Bryant and sent their prayers to the Bryant family. Shaq, a long-time teammate and friend of Bryant’s, wrote on Instagram, “My friend, my brother, my partner in winning championships, my dude and my homie. I love you and you will be missed.” LeBron James passed Bryant on Saturday night for 3rd on the All-time scoring list with 33,655 points to Kobe’s 33,643 points. On Sunday, a video surfaced showing James returning to LA after the news broke, where James is holding onto a friend, sobbing. In a recent post James said “I will carry on your Legacy in LA!” as James also plays for the LA Lakers.

In the games that were played on that following Sunday, each team paid their respects by causing either 24-second shot clock violations or 8-second violations to honor Bryant, representing the two numbers he wore: 8 and 24.

Kobe Bryant was an integral teammate, a champion, a basketball legend, a future first-ballot Hall of Famer, an Oscar winner, a beloved father and husband. His legacy is bigger than basketball: it’s about the innumerable lives he touched in his lifetime.

“If you want to be great at something, there’s a choice you have to make. What I mean by that is, there are inherent sacrifices that come along with that. Family time, hanging out with friends, being a great friend, being a great son, nephew, whatever the case may be.”
– Kobe Bryant