Brewster Football Gets a Season! – Despite the Pandemic, Fall II (the sequel!) Brings Out Our Champs 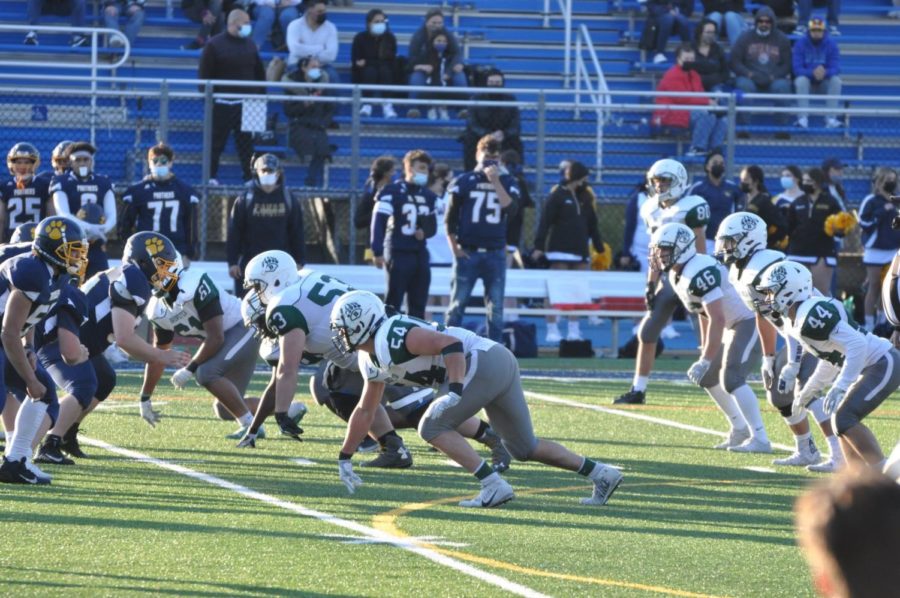 A lot has changed since my last article! We have returned to somewhat normal in this Spring 1/Fall II Season. My last season as a Brewster Bear will always be remembered not only for how quickly we jumped into the season but for how memorable our games were.
We started the season with minimal time to prepare, but our coaches made the most of the time teaching us plays in just two weeks. Usually, we have close to three months to prepare for our first game, so having just two weeks was a challenge. Instead of installing all of our plays, we started with about a quarter of them. As the season went on, we put more and more plays into action which kept other teams off-balance.
Also in the pre-season, Franco Milano, a highly regarded player, was honored with Super 11, an honorary title chosen by local media that identifies the best players in the region! This was huge not only for him but for our team. Only 11 players from the whole section are given this title.
We kicked the season off with a dominating win over Beacon (46-0). Christain Rhodes quickly broke free for a 90-yard touchdown run. (We hear he is referred to by other teams as “The Cat” because of his speed and allusiveness.) Stony Brook commit Franco Milano also played convincingly well, causing a lot of turmoil in the backfield.
Next, we faced a strong Somers team. A hard-fought game, we lost but defensively we held their running back to just 40 yards rushing.
Many people ask what it’s like wearing a mask while playing football. To be honest it is not that bad. Most of the time I forget that I even have it on. We did take mask breaks from time to time which did help.
Our team will always remember our game against Clarkstown South. It was an absolute heart-breaker. Christian Rhodes broke a 70-yard first play touchdown and we thought we had the game in the bag. Quarterback Chris Donahue played a key role throwing a touchdown pass to Nick Sayegh, a 37-yard pass to me (Jason Cardone), and passing to Aidan Sheil. The offensive line led by Austin Matra, Dom Rienzi, Chris Triolo, Mike Triolo, Franco Milano, and tight end Jason Borsari played with heart. Defense, all around, was strong in holding the Vikings to just one touchdown. Jason Borsari and Franco Milano came up big multiple times on the defensive line making multiple goal-line stops. We finished the half ahead 19-7. Offensively we were shut out in the second half. South ended up winning the game by scoring a touchdown late in the fourth quarter to seal the win 22-19. On behalf of the team, this loss was heart-wrenching.
Following the South game, we also took losses to Lourdes and Mahopac. And just recently, we played a Walter Panas team that we need to beat and did.
For all of the seniors Jason Cardone, Jason Borsari, Packie Fieghery, Justin Rutledge, Aidan Sheil, Franco Milano, Christian Rhodes, Austin Matra, Kobey Hart, Matt Henry, Anthony Constentino, Mike Hernandez, and Billy Finn, this was the last high school football game we will ever play in and it was a memorable one.
Even though this was not the season we expected in terms of wins and losses, it was a season that will always be remembered. It was almost surreal that we were able to play. Personally, I will always cherish the time with my teammates, coaches, and lifelong friends. We will always look back fondly on the football year that almost wasn’t.