Winter Sports Recaps – All I Do Is Win, Win, Win 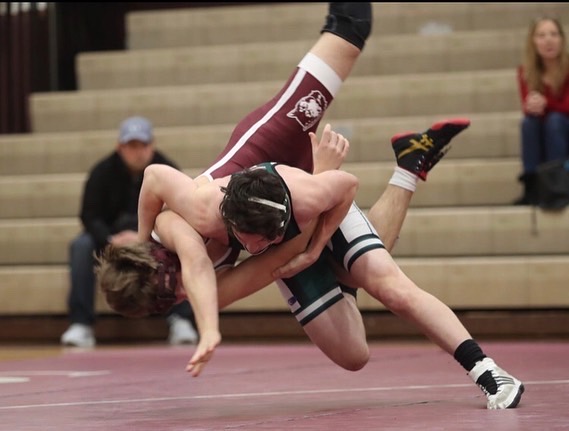 All recaps are as reported by team captains and by MaxPreps. Bear Facts makes every effort to contact any and all captains; any omission is therefore not the responsibility of the news staff.

Seasonal highlights include their win over Pleasantville. Kobe Hart scored an awesome 30 points against Somers and the win over Hen Hud brought 13 points from Hart, 12 points from Catalano, and 10 points from Girard. Finally, the season was particularly bitter sweet on senior night for captains Salvo, Catalano, and Girard, who closed out their careers with the team.

Looking forward, they are a very young team with a lot of talent and athleticism.

Coming into the season this year, the team knew they had talent, but after losing two captain starters they were unsure of how well they would assume their roles. Everyone worked hard, moved the ball well, and no one was selfish. They came out starting 7-0. Everyone worked really hard, but ended 11-9. The team is really young and you could see definitely see that as some points. They made playoffs, beat Eastchester, (55-47) and are determined to go as far as possible.

The team is looking forward to coming back next year and seeing the girls do better things than they did this year. They accomplished many things, some of which were challenging due to the size of the team, but they persevered and made their last meets great ones.

This year was the first year combining with Somers, North Salem, and Yorktown after previously being just Brewster/Yorktown. It took the team some time to get used to each other and gel as a team, but they got better as the season went on. The team’s goalie Matt Gergley was the backbone this season, as they could always count on him to make a big save. Frank Vigiletti was the top scorer and contributed every game with goals and assists. The team did not have the best record, but they have made progress and gotten better so that they can build off of next year.

Saturday (2/15) they play ETBE (Eastchester, Bronxville, Tuckahoe and Edgemont). If they win this game they will make sectionals, and they believe they could make a run as they are just hitting their stride. The team is only graduating 2 seniors, so next year they will have more experience, chemistry, and will overall be a better team.

The boys won the League Championship and in doing so, placed first or second in every event. The 4×400 meter relay composed of Danny Jafa, Jack Panagrossi, David Alade, and Jason Whitehead won the league, and the 4×200 meter relay team composed of Max Kollar, Jason Whitehead, Mike Gonch, and Brenden McBride also won the league. The 4×200 team has also won multiple other meets including the Class A meet, and they have the possibility of going to states. Mike Gonch also won the league in the 55 meters, David Alade won the 600 meters, and Jason Whitehead won the 300 meters. Finn Ratajack and Ryan Neubauer placed first and second in the 3200 meters, and Ryan Neubauer, Finn Ratajack, and Jack Panagrossi came in first, second, and third, respectively, in the 1600 meters. Ryan Bonamici won the league in the shot put and Kenny Gulloso came in second in the weight throw. Brenden McBride proved to be consistently dominant throughout the season in the long jump and triple jump.

The team hopes to continue their success into the spring season and win the League Championship all three seasons of the year.

The team is looking forward to another successful year with the hopes of attending Sectionals again and possibly sending a few racers to States.

The team did very well in sectionals and sent one student to states this year.

Looking to next year, they are looking forward to keeping the team going with another possible merger with another school.

The Varsity Wrestling Team, led by Jackson Mahoney and Jacob Hamblin, ended this season with a 14-6 record. Seniors on the team consist of Allie Coschignano, Owen Downey, Brendan Lennon, Passang Sherpa, Tony Saljanin and Jackson Mahoney. They recovered from losing 5 seniors last year. With a lot of work in the offseason and preseason, they came in strong this season with a full lineup. Special thanks to Thomas Looby, Mike Ford, and Nick Ghelarducci for all their dedication and commitment coaching all day tournaments, 6 AM practices and late night matches. Congratulations and good luck to Ian Sutherland, Nick Difabbio, Passang Sherpa, Jacob Hamblin, Matt Henry, Tony Saljanin, Owen Downey, Brendan Lennon, and Austin Matra for advancing to sectionals!