How Streaming Defined Our Senior Year: What Twitch is and How to Tap Into the Zeitgeist 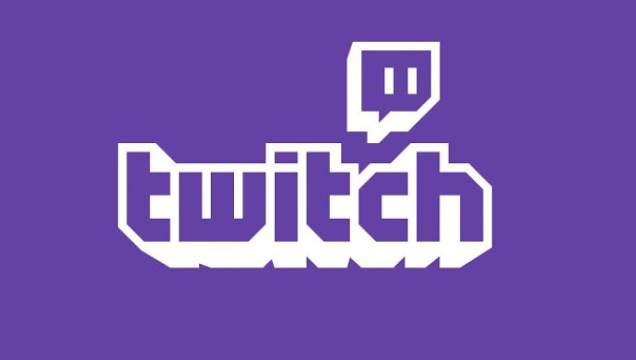 Streaming was once simply a concept that crossed my mind here and there whenever I thought about making a living playing video games. I always was more of a spectator when it came to streaming, so I never expected my senior year to spawn one of the most ambitious projects of my life. In January, I finally began streaming on Twitch, an online streaming platform that has recently been the source of one of the biggest and newest industries in recent times. Outclassing television and sports, streaming has begun a new age of content and media for viewers to watch. Especially on Twitch, one can watch anyone broadcast themselves playing video games, cooking, talking, or doing just about any activity and make a living off of it with a sizable enough audience and just enough motivation. I had already tried my hand at streaming back in the summer of 2020, but quickly gave up and realized that I didn’t have the energy or time to become committed to streaming, especially when I would only stream niche retro games for fun, not as a hobby or side-job.
The beginning of my journey as a streamer began on Monday, January 18th when I streamed for the first time playing Minecraft at twitch.tv/victory_TTV. In the recent resurgence of Minecraft-related content on the site, I decided to try my hand at streaming on my friend’s survival multiplayer server and aired my progress throughout my time playing. I was a bit apprehensive about streaming at first but eventually grew to fall in love with it as I realized how much I loved having people watch me game. I knew that after a few streams, it was time to take this seriously and begin setting my own goals for streaming.
With my seemingly small following of about 300 followers on Twitter, I began regularly announcing my streams and promised my viewers that if I reached certain goals, I’d begin establishing a schedule and itinerary and such. My first goal was to reach Twitch affiliate, a sort of partnership program with Twitch that allows me to make money by streaming, albeit a practically insignificant amount due to my small following. The goal itself was to reach 50 followers, stream for a total of 8 hours, stream on 7 different days, and have an average of 3 viewers all in a 30-day period. After about 3 weeks of streaming and lots of support from my friends, I became a Twitch affiliate. What seems like the smallest step for the currently enormous streamers on the platform felt like one of my greatest achievements in my life. By the time I had started streaming, I had already commissioned a friend for a stream overlay to organize my stream layout, I had made a hefty purchase of a $150 capture card to stream my gameplay from my Nintendo Switch onto my computer, and had begun making content on TikTok on the side to promote my Twitch just about every day. The schedule I promised to make had me streaming Mondays, Wednesdays, Fridays, and Saturdays with Tuesday, Thursday, and Sunday as break days in order to keep me from burning out. I had also established myself as a streamer who played Minecraft, Super Smash Bros. Ultimate, and Animal Crossing: New Horizons. I was fully in love with streaming, and it felt like the freight train in my mind wasn’t hitting its brakes anytime soon.
After a few months of streaming, a content organization by the name of Team Eminence announced that they would be holding a recruitment event for streamers, editors, montage players (for Super Smash Bros. Ultimate), and content creators. It had been a goal of mine to join a content organization for the short while I had been streaming, and this was the perfect opportunity. So, I put my nose to the grindstone and began streaming as frequently as I could to prove to the recruiters at Team Eminence that I had what it takes to join their team. And sure enough, the hard work paid off immensely. I and four others were given the opportunity to join Team Eminence as a result of our hard work and dedication to their recruitment challenge. It was such a momentous occasion for my growth as a streamer to finally be part of the team and meet new people. I was making connections left and right with fellow streamers, players, and content creators alike.
The height of my dedication to streaming peaked around late April when I, unfortunately, had to halt streaming for two weeks due to the school musical and my girlfriend visiting, and eventually put all streams on hiatus until June to focus on the beginning of the fourth quarter. My streaming spirit is far from gone though, and I’m ready to dedicate all summer to streaming, working, and growing my audience. I wouldn’t have made it this far into streaming, though, if it hadn’t been for my small group of friends here at BHS who are also Twitch streamers that refer to ourselves as the “Steamer Gang.” Their stories are just as important as mine, and I’d like to highlight them and their efforts by reaching out to them and asking them a few questions about what streaming means to them:

BF: Explain who you are.
LG: I mainly stream Minecraft, but usually I throw in some other games in there like Roblox, Friday Night Funkin’, and Jackbox!

BF: When did you begin streaming?
LG: I began streaming in September of 2020, and started streaming every day in January of this year.

BF: What does streaming mean to you?
LG: A lot. It gives me a chance to just have fun and be myself playing video games or hanging out with a community I’ve been able to create and grow with.

BF: What inspires you to keep streaming?
LG: What inspires me is being able to make someone else’s day. Whenever someone pops into my chat and says I’ve brightened their day makes me want to continue going even more. I stream because I want to be an inspiration to other people who also want to stream. I want to make other people happy and to give them a safe space they feel comfortable in.

BF: Explain who you are and your role as a streamer.
PCS: My name is Pablo, aka Pormald/Po and I stream on Twitch. I consider myself a variety streamer: sometimes I just talk with my chat or people in a Discord call. Other times I may do reactions to videos, or I’ll play some quick online party games (Gartic Phone, Jackbox, Codenames, etc.) with friends. I even recently just played 2048 Tetris for a whole stream while giving my friend relationship advice. It really depends on what’s most convenient for me at the time, so I’m not really stuck in a box as to what content I can produce.

BF: When did you begin streaming?
PCS: I started streaming around the end of February of 2020.

BF: What does streaming mean to you?
PCS: Streaming means taking advantage of this new way to put me out there, and show others across the Internet what makes me unique. There are so many tools to take advantage of when you’re streaming. It feels like I’m the head of production for my own online talk show at times, especially considering I don’t do a lot of gaming content, so it’s really my personality that carries my streams. I try to show this not just by my own presence on camera, but through the appearance of my stream as well, from my branded overlay to the background music.

BF: What inspires you to keep streaming?
PCS: I’m invested in this idea that I could develop a community based around my “brand” as a person if you will, and one that is invested in the story behind my content, in conjunction with my fellow streamers. I see how some of my friends talk about their favorite content creators and I see how they’re so invested in these people just based on a couple of hours of daily content, so I hope to cause some people to experience even a fraction of the joy that comes with that.

BF: Would you say streaming was a defining part of y

our senior year? If so, how?
PCS: I’d say streaming has been a defining part of my senior year, mainly because so many of my friends have started doing it! It’s nice to see all of us start up around the same time and support one another while we each take our own unique approach to the medium. We often promote each other to our respective audiences and that’s been very comforting to see us all grow.

BF: What is your Twitch name and what do you do?
JH: Hi I’m Jimmy, I go by SlimboJimbro on twitch and I primarily produce Minecraft and rhythm game content.

BF: When did you begin streaming?
JH: I began streaming towards the end of last December.

BF: What does streaming mean to you?
JH: To me, streaming is to put yourself in the public eye and to perform for a crowd much like theatre but on a larger scale.

BF: Would you say streaming was a defining part of your senior year? If so, how?
JH: Yes, I’d say so because it’s helped me grow closer to people that without it I never would have met before.

The next step for many small streamers like ourselves is to reach our goals of becoming a Twitch Partner, the next step above a Twitch Affiliate. With much steeper goals than simply becoming an affiliate, becoming a Twitch Partner requires you to stream for 25 hours, stream on 12 different days, and have an average viewership of 75 viewers, meaning that we need a large, already established audience of frequent viewers in order to reach this goal. Twitch partnership offers many benefits to full-time streamers and allows them to be viewed as an established content creator in the eyes of Twitch and users of the platform alike and is often the next step taken in order to make a sustainable income through streaming. The so-called “path to Partner” is a long and difficult uphill journey that requires lots of effort, dedication, and ambition in order to reach, but I believe in all of us who are taking it upon ourselves to make it.
The stories of our streamers here at BHS are inspirational and important in their own ways but all come together as the culmination of what the right amount of dedication and ambition can do for people when they enjoy expressing their love and enjoyment for their hobbies in unique ways. Supporting small streamers is an important part of a streamer’s growth process and is something that you can do yourself as a way to help and support us. It’s easy to see that even if some of us kept our lives as streamers in or out of our personal lives, it had an influence on our often-times hectic and confusing senior year one way or another. And for that, I wish nothing but success and prosperity for us all in our endeavors as streamers in the future of our careers.