Everybody Wins at BHS “Spelling Bee” 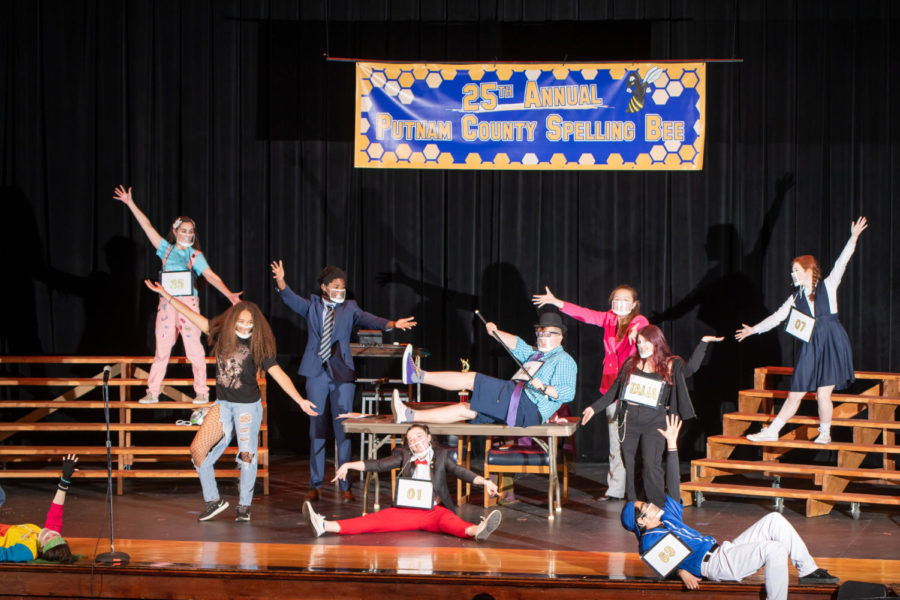 Some of the oddest characters you'll ever meet will do anything for the title of Best Speller at "The 25th Annual Putnam County Spelling Bee."

When I heard that the high school would be running a musical back in February, I was excited, to say the least. I’ve always enjoyed seeing dramas and musicals, whether on Broadway or within

the school district, (Mamma Mia being my favorite,) and that combined with the thought that it would be done despite the pandemic made for enlivening news. In retrospect, the decision to perform this particular musical is super appropriate; the lack of a large cast would leave less room for health risks, and the setting of Putnam County would inspire a sense of community.
Having seen the local Spotlight Arts performance of The 25th Annual Putnam County Spelling Bee four years ago, I had an idea of what I could expect. Set in a school auditorium, six of the best grade-school spellers from all over Putnam County compete for the glory that comes with winning first place. Quirky, charming characters like the oblivious Leaf Coneybear, prissy Marcy Park, and kind-hearted Olive Ostrovsky would dominate the stage. Crude, clever jokes would be sprinkled throughout the dialogue to keep the audience reeling from laughter. Upbeat, catchy melodies would set the playful tone and provide each of the characters with their own flair.
Yet, nothing prepared me for our high school’s take on this Broadway musical. 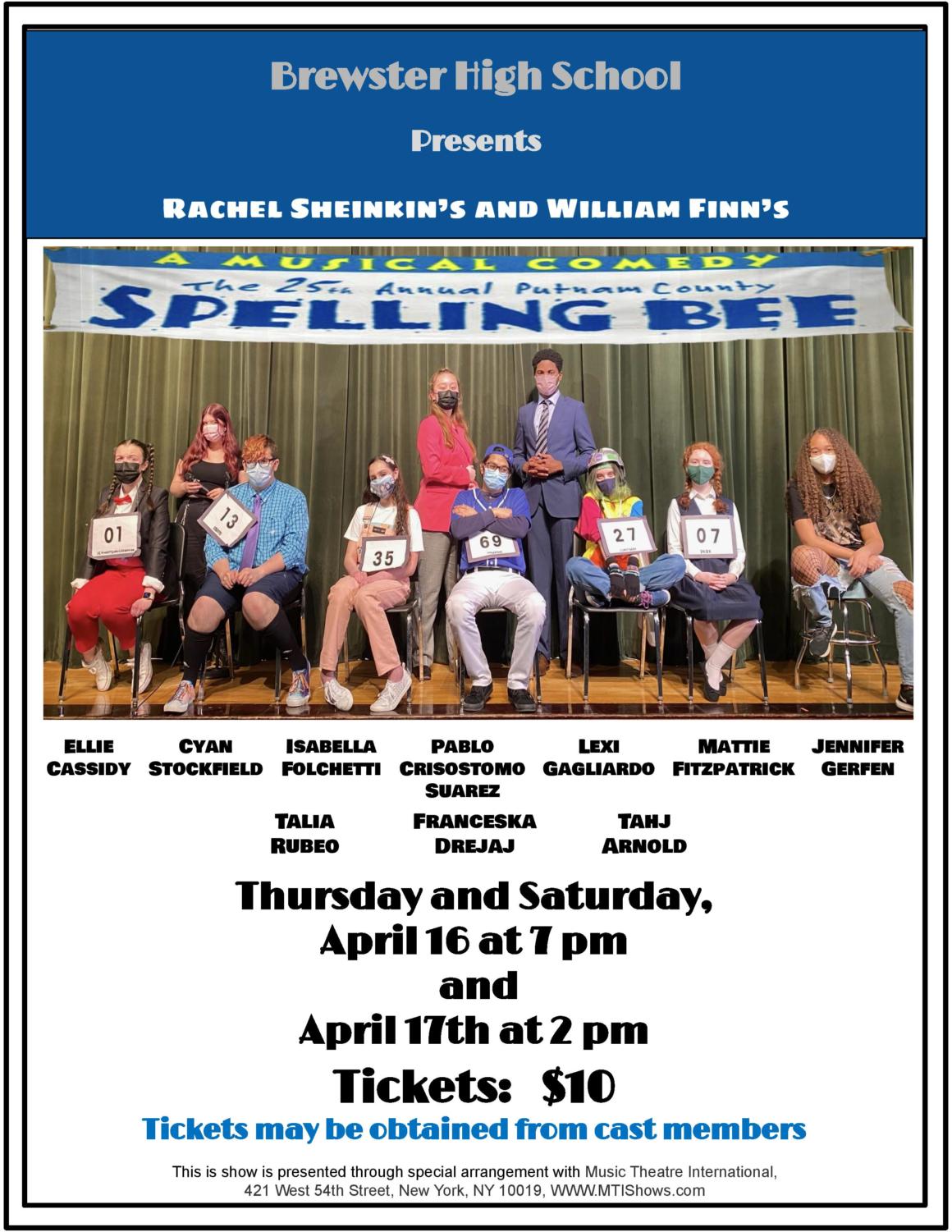 The cast, including some new to the theatre scene, were incredible in their performances; unlike in most other plays, improv was a big factor of the script, and the members’ finessing of their spontaneous lines still impresses me. The humor was heavily based on current events, like the virus and death of Prince Philip, making the delivery of punchlines hilariously unexpected. Most notable of all, however, was the inclusion of the audience in the performance; two members of the audience were invited to share the stage as guest spellers for a few minutes. To my surprise, I was selected at the dress rehearsal, and then miserably failed to spell the word “cow.” No one will let me live it down. The experience was nerve-racking but invigorating, making me appreciate how enthusiastic the performance was that much more.
I’m glad to say that my expectations were not let down in the least; on the contrary, the high school’s rendition of The 25th Annual Putnam County Spelling Bee went above and beyond what I could’ve expected to see, especially at such a difficult, restraining period of time in world history. The passionate cast, hysterical script, and interaction with the audience definitely made this musical comedy one to remember.  (All photos courtesy 4SonsPhotography)