Our Critics Pick Their ‘Shoulds’ and ‘Wills’ for the Oscars 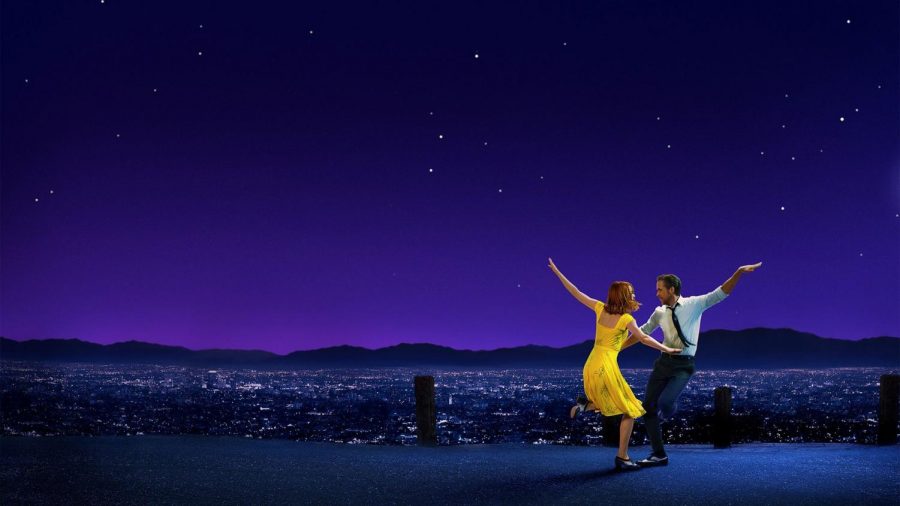 The Academy Awards will be held Sunday, 2/26, and with that, many recognizable films are nominated for various awards. Movies such as La La Land, Arrival and Moonlight have each accumulated a total of eight or more nominations. Our favorite of the highly acclaimed trio is Arrival.

Arrival, a science-fiction mystery, describes the events of a linguistics professor, Louise Banks, and her

attempts to communicate with the alien visitors that have miraculously appeared around the world. Interestingly, the film is not only about the first encounter with aliens but,also about an accurate parallel of the responses that might occur if such a landing happened in our world today, and how a deeper analysis of communication between species would be necessary.

JG: Arrival, a 2016 film about man’s first contact with extraterrestrials is ambitious in its conception and has an extraordinary execution. It takes the big idea of communicating with extraterrestrials and leads the audience to a very satisfying conclusion that turns out to be very thought provoking. Although the film is about aliens who could potentially wipe out the human race, Arrival focuses inward at the human race, suggesting that there is both good and bad in us.

NB: Within the first several minutes of Arrival, the tone of the movie is set. It grabs your attention and doesn’t let go for the preceding two hours. The movie does a unique job of developing a sense of curiosity that is matched and mirrored by the character’s own curiosity throughout the movie. The storytelling is fantastic, revealing bits of information through non-linear methods leading to a big payoff. The acting is fantastic and quite frankly, I believe Amy Adams was snubbed when she wasn’t nominated for Best Actress in a Supporting Role. As a whole, the movie was well executed and well polished. Few movies in the last year, let alone the last several years, compare to Arrival and it should be awarded as such.

JG: Watching Arrival was like a breath of fresh air for the science fiction genre that seems to be decreasing in popularity over the years. Many sci-fi movies produced today are unrealistic and overdone which makes it hard for me to get interested in the movie. On the other hand, Arrival contained everything a great sci-fi should have, including an interesting storyline that is realistic yet challenges the audience during their first viewing. Arrival ties closely to the 2014 film Interstellar which was another sci-fi movie done right that was stuck in my head months after watching it.

NB: As I mentioned earlier, I believe Arrival matches up well with many science fiction movies from the past decade. The one most comparable to Arrival and its themes is Interstellar. Both movies discuss time as an abstract concept more than a concrete one. Interstellar uses the introduction of a 5th dimension to better describe the ability of their “aliens” to move on top of it as if it was a mountain while Arrival includes time elements that impact the future of the character. On pure theory and abstract thinking, Interstellar wins but, on the ability to portray a message and progress the story clearly, Arrival wins out.

NB – My ‘should win’ for best picture is most definitely Arrival. The movie is fantastic and matches up well against every other movie nominated. Although Arrival is outstanding, I have a gut feeling that Hell or High Water will win. Another fantastic movie, Hell or High Water, was very No Country for Old Men-esque; it has captured the attention of the Academy and has a good chance of being awarded so.

JG – My pick for the Best Picture is Arrival. Although sci-fi films winning Best Picture is a rarity, I think Arrival will be an outlier in its genre and will impress many top movie critics.

NB – Casey Affleck. A gripping movie about the struggle between dealing with grief with the incredible performance by Affleck puts him in a good position to receive the award. However, I believe that because of all the attention La La Land has received, Ryan Gosling will win.

Ryan Gosling. He plays a jazz pianist in La La Land who struggles to make it as a musician out of LA. This is Gosling’s second Academy Award nomination for Leading Actor after being nominated in 2006 for Half Nelson.

y ‘should win’ and ‘will win.’ The hype around La La Land will surely lead to many Oscar victories.

JG – My pick is Ruth Negga, the Irish-Ethiopian actress who starred in Loving, directed by Jeff Nichols. What made her performance so great was her ability to convey emotion without having to use words, although her dialogue performance was strong as well.

NB – Mahershala Ali, in my opinion, will win. I’ve read multiple rave reviews regarding the performance and it appears that he should win. My ‘should win’ however, is Jeff Bridges. Jeff Bridges is a great actor, he was great in Hell or High Water, I’ve been a big fan of his since watching The Big Lebowski, so I would like to see him win.

JG – It’s a strong year already with many great actors contending for the Supporting Role Oscar and more than one should be able to win in this case. However, my pick is Jeff Bridges, who is nominated for the seventh time. Bridges played Marcus Ham

ilton in Hell or High Water, a Texas Ranger who has one last case before he retires.

NB – Having not seen any of the movies with the exception of Manchester by the Sea, my ‘should win’ and ‘will win’ is Viola Davis. I don’t think Michelle Williams had an impactful enough performance to win the Oscar, as Affleck and Hedges were the focus of the film. Based of other movie reviewers’ picks, I stay with their line of thinking and choose Viola Davis.

JG – Another strong category, I think it is between two actresses: Naomie Harris of Moonlight, and Viola Davis of Fences, who actually have similar roles in their films, Naomie Harris plays Paula, a single mother who battles a drug addiction throughout her son’s youth, consequently alienating him, while Viola Davis’ character tries to advocate her son’s ambitions against her husband’s ridicule.

NB – La La Land’s Damien Chazelle will take home the Oscar for best director. With 14 nominations, it’s bound to win a lot. I read one review that stated that the film is a “little sloppy” in some shots. However, I don’t think it will be enough of a hindrance to the film. I think Manchester by the Sea’s Kenneth Lonergan deserves to win the award. There are no mistakes in the movie, at least not any I could spot; each scene was brilliantly shot. The Manchester scenes without any of the characters were also captivating and telling of a good director.

JG – La La Land seems to be the favorite to take the Oscar as of right now, but I think that Moonlight is more than deserving to win. Barry Jenkins’ goal for the film was “to tell a truthful story about how we grow up,” with the “truthful story” being African Americans growing up in the projects of Miami. “It was about getting it right,.. and speaking truth to power.” I think that this can be felt throughout the entire movie.