Our 10 Favorite Science Fiction Movies of all Time 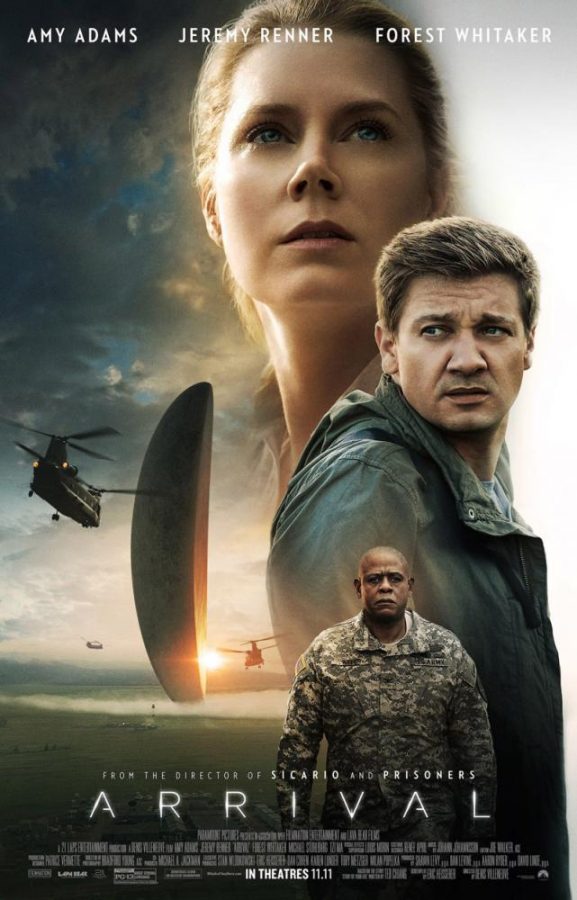 In the past, sci-fi has usually catered to a very specific audience. However, with the sheer amount of staggeringly superior creative output from Hollywood and the independent scene, the genre has transcended sci-fi aficionados and is now mainstream. So, with this many to choose from, is it possible to narrow it down to just ten favorites? Our film critics give it a shot.

Inception – Very few top ten movie lists don’t contain Inception. Simply put, Inception was and still is revolutionary. Inception is about a thief, that with access to dream altering technology, works to plant an idea into the mind of a CEO. Christopher Nolan’s unique style and complicated storytelling is what captivates the audience. The depth and layers of the film are mind-bending, but in a good way. Nolan challenges the audience to think when watching the movie and delivers the payoff in the end. Ultimately, my favorite part about the film is Nolan’s acknowledgment and underlying statement that our dreams and motives are one in the same.

Her – Her is strange. It’s not stereotypical sci-fi or drama despite the fact that it’s a blend between the two. Directed by Spike Jonze, Her encapsulates the strange relationship between a lonely writer who falls in love with his operating system and the progression of their relationship. The acting and dialogue of both Scarlett Johansson and Joaquin Phoenix are fantastic, second only to the beautiful cinematography. The use of color as an expression of emotion is unparalleled in other movies, with some staggering shots. It’s five Oscar nominations, and one win, is evidence of an amazing film that flew under the radar of many viewers.

Blade Runner – Few movies in the science fiction genre released in the past decade can match Blade Runner’s style and message. Directed by Ridley Scott, Blade Runner tells the story of Deckard, a futuristic cop, and his attempt to track down humanesque robots that have escaped from a spaceship. The story is told from the perspective of Deckard, and I admire the noir style that is used. The stripped scenery and bleak backgrounds matched by bright neon signs establishes a unique atmosphere. I also consider it one of the best philosophical films of its genre because of its exploration of deep existential topics such as what it means to be human, the search for meaning in life, and the brevity of it.

The Fountain – Directed by Darren Aronofsky, The Fountain is an interesting look into the story of three men all intertwined by Mayan beliefs and desire. The movie is split between the men and their stories, of which they live in three distinct time periods: the 16th century, the present and the 26th century. The cinematography, similar to Her, is outstanding, but in a different regard. The shots of space and the traverse of a man heading toward a dying star is breathtaking. It is without a doubt a movie that will entrap you in its story and stun you with its unworldly shots.

Ex-Machina – A contemporary masterpiece, and a film that will carry indie relevance like Whiplash in the years to come, Ex-Machina is a one-woman show featuring Alicia Vikander’s incredible ability. Don’t get me wrong: Oscar Isaac and Domhnall Gleeson shine in their supporting roles, and Alex Garland creates a sterile and horrifying environment for his actors to populate. What sets this movie apart culturally was its impact on indie production and the fact that this movie made A24 a household name.

Predestination – Predestination is a dizzying story that requires the utmost attention from its audience. This movie respects the intelligence of its audience to an almost nauseating degree with an intelligent screenplay coupled with subtle direction by writer-director Michael Spierig. The quality of acting in this film is also top-notch, with Ethan Hawke demonstrating why he is the renowned character we know him to be, with Sarah Snook delivering a memorable breakout performance. A small indie sci-fi film carried by the sum of its parts, it’s definitely a movie worth checking out.

Moon – This film is a thought provoking psychological sci-fi film starring Sam Rockwell and Kevin Spacey set in the future where Earth is running low on energy. Sam Rockwell, who could have been nominated for best actor twice, plays an astronaut who’s job is to extract a precious moon gas that can reverse Earth’s energy crisis, however, along the way he makes an unsettling discovery that makes the audience feel as if they are a part of it. The filmmakers made it their responsibility to trust the audience to think of questions that fascinate themselves long after their initial viewing. Moon fits the sci-fi genre perfectly, and left me with pleasing questions that I think about daily.

Arrival – This film finds a strength in everything it’s comprised of, with the center being Amy Adams’ deeply moving performance. The actors aren’t treated as plot devices but instead as real people who are vulnerable and want to find answers to the situation. Denis Villeneuve’s previous films, Prisoners and Sicario, offer a dark and twisted look at humanity, however, Arrival focuses on the lighter side of humans while maintaining its serious tone. Although set up like many other sci-fi films with selected members of the government working on top secret projects to save humankind, Arrival is very unique and doesn’t follow typical sci-fi scripts. Despite having a massive idea that shoots for the stars, most of the heavy lifting is not done on the screen, but in your head.

Interstellar – The visuals alone will suck you in and make this a beautiful movie to watch while creating a visual environment in a believable way. Christopher Nolan, who has worked on some of the biggest blockbuster films in this age, has found the perfect way to incorporate sound into Interstellar, which is especially important because many scenes are set in space. The breathtaking soundtrack by Hans Zimmer makes it a unique experience by creating a stunning atmosphere. While Matthew McConaughey was the star who gave the audience a rollercoaster of emotions while being a father, explorer, and most of all a human, the entire cast managed to create a harmony that made human interactions credible. Most of all, Christopher Nolan has revolutionized the sci-fi genre in creating a film with a compelling plot, visuals, and sounds that will take your breath away.

Mr. Nobody – Another movie that plays with “time,” Mr. Nobody is a film that utilizes film’s singular advantage when it comes to art, storytelling, and the perception of time. Unlike books or singular images, filmmakers have the ability to “cut” or place two images in sequential order. This commonplace technique is the star of Mr. Nobody and is the crux of the storytelling that the director, Jaco Van Dormael, employs. The seamless transitions from different time periods, as well as across dimensions, add to the spontaneity and character of this film and really helps to set it apart from many of its time and space bending contemporaries. Also, Jared Leto is awesome in this.

Our Favorites of the Ten

Nathan Beal – The Fountain
My personal favorite in our top 10 is The Fountain. I am a big believer that good sci-fi movies should possess the breathtaking scenes often associated with space along with a quality story. That being said, the movie features the eloquence and beauty of space in less than a third of the shots, but, the scenes are powerful and stunning. For cinematography alone, it is considered a must watch, which is also supplemented with a fascinating and complex story. The story arc that spans across three different time periods, each with a unique setting and background on the inhabitants, ultimately comes full circle, leaving the viewer with a satisfied experience. Every other aspect of the movie is nearly perfect, exemplifying and addressing the mood appropriately. I rate The Fountain 9.5 out of 10 stars.

Nolan Curley – Inception
The subjectively best movie on this list is Inception. It may be the least “sci-fi” out of any of the movies mentioned on this list, but it has something none of these movies outside of Interstellar can boast about: Hans Zimmer. Sure, Nolan is great behind the camera and the choice to use mainly practical effects in the age of digitization pays off, and the star cast headlined by Leonardo DiCaprio deliver solid performances which only contributed to my enjoyment of this movie, but when your composer can perform at Coachella, you know you’re doing something right. The song “Time” is the pinnacle of Zimmer’s work, and in this film it drives home the emotional catharsis in the perfect scene within this movie. Zimmer is all over this movie, as many would easily recognize the iconic blaring crescendo that’s been used in every action trailer since. Inception is a great movie on its own; sometimes it’s just that extra “oomph” in the music that puts it over the top. 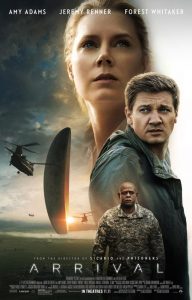 The movie that I enjoyed the most and can’t live without is Interstellar. As a curious kid, I would cast my eyes at the night sky and wonder what’s up there. Books and TV shows told me the facts, but they were never complete because we simply don’t know everything about space. Thinking about the endless possibilities was fascinating, and Interstellar allowed me to feel involved in an improvised mission to unexplored territory. Being set in unknown space thousands of light years away where nobody has ever been makes me reminisce back to my curiosity of outer space. Although this film is an ambitious blockbuster that grasps an immensely complex concept with fantastic visuals, there are also many delicate elements that the film has, such as its perfect score conducted by Hans Zimmer. The sound science in the movie was due to Kip Thorne, a Caltech physicist who served as the science advisor on the film. His expertise proved salient because of the many theories that were utilized. A movie like Interstellar doesn’t come around too often, so it’s important not to miss out on this one.