Not So Scary TV, but Still Just as Much Fun

"The Haunting of..." series continues in the psychologically engrossing and entertaining entry, "Bly Manor" 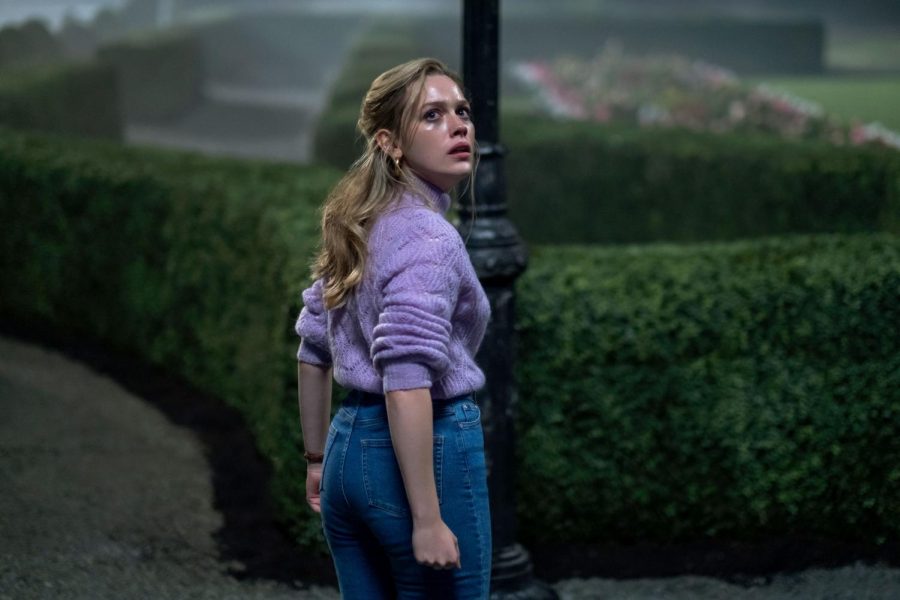 Look out behind you, because it’s more than just bad 80’s fashion sense that haunts this show. (Photo courtesy Netflix)

And I’m happy to say that I was pleasantly surprised.

The story is introduced the night before a 2007 wedding, with the characters’ real identities not yet revealed. While discussing a nun haunting the venue, a mysterious woman begins telling her own ghost story, warning the guests that her story is quite long. We flash back to the 1980’s and follow an au pair named Dani who is applying for a job at Bly Manor. She is hired quite quickly since there is a stigma regarding the position: the last nanny killed herself. (The story often flashes back even further to Rebecca, the former nanny, and her love interest.) Upon arriving, she is introduced to children Miles and Flora, Hannah the housekeeper, Owen the cook, and Jamie the gardener, and she soon learns their stories. She also soon discovers the hauntings of Bly Manor while engaging with a romance, but as we will come to learn, Dani has some ghosts of her own.

The first episode foreshadows a lot. So many lines and details fly right over your head the first time you watch it. An interesting aspect of it is that there are many hidden ghosts, and Netflix uses them to promote watching it. Finding the hidden ghosts is almost a little game to play while following the plotline.

And speaking of ghosts, I actually wished that we got more of a scare from them, as the show is more psychological than horror. It was all much scarier earlier on when a lot was unexplained.

When they started to give the ghosts backstories, they became more humanized and less scary, which is why the hidden ghosts brought more of a fear factor. This approach was contradictory to the show’s sister, The Haunting Of Hill House, which didn’t explain many of the ghosts. Bly Manor allowed for more connection with the characters, whereas Hill House was much scarier, yet the two have one crucial thing in common – they both end in character tragedy with a glimmer of hope, and the audience connects with it.

Even though the show is engaging, I still have my complaints. Character ages and appearances throughout don’t seem to add up. A ghost who one moment is spooking others in mirrors seems to just disappear. The concept of being tucked away is extremely confusing. What is real is too often in question. (Is Bly Manor real? Is it based on the location of the wedding?) There are even some characters we never got more of a backstory for while others can be lackluster or not drawn out enough.

Overall, a lot of the series details were carefully thought out including the cracks that Hannah sees throughout, the buildup to Dani’s story, the comedic relief from Owen, the flashbacks to Rebecca and Peter’s relationship, and even the episode explaining Viola’s life and her haunting of Bly. While some say they couldn’t sleep after watching it, I say it quite frankly wasn’t that much of a fright. I had all the lights off, some blankets, and some snacks and was perfectly fine. Overall, I highly recommend it, and you will definitely enjoy it, as it’s the perfect balance of many genres.