Never Say Neverland – “Peter and the Starcatcher” is a Dream 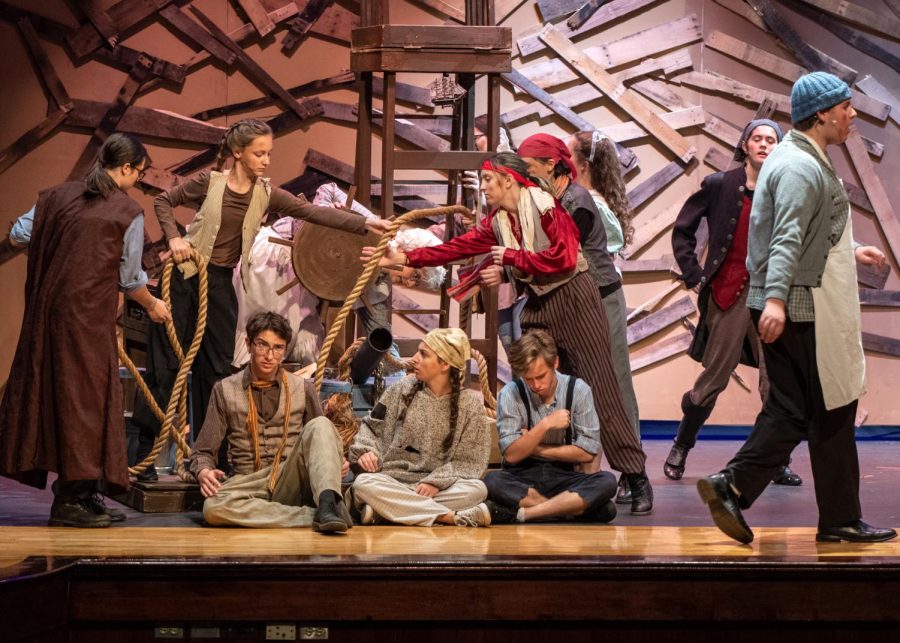 Dreamy with a child-like sense of imagination and wonder, the cast and crew brought forth a magical production which brought audiences on a magical journey through Neverland. (All photos courtesy 4 Sons Photography)

Brewster High School’s 2019 fall drama, Peter and the Starcatcher took to the stage the weekend of November 7-9. The cast, crew and pit had been working since September to bring the story of three orphans, their mysterious new friend, a fleet of malevolent pirates, and a group of tribal mollusks to life.

The story takes place during the reign of Queen Victoria, when two ships set sail for the land of Rundoon. On one ship, The Neverland, three orphan boys by the names of Teddy, Prentiss, and Boy meet an intelligent girl their age, by the name of Molly Aster. Also on board is a trunk of precious starstuff belonging to Molly’s father, Lord Aster, who is a minister to the Queen and a famous starcatcher.

Lord Aster, guarding a decoy trunk from the treasure-hunting pirates aboard a second ship, The Wasp, is taunted by the men and their captain, Black Stache. Stache eventually discovers the ploy and changes the ship’s course directly towards The Neverland. A violent storm ensues, and Molly and the orphans find themselves trying to save the valuable trunk from both of the ships’ crews but The Neverland is torn apart in the storm. In the midst of this chaos, Boy meets Black Stache who gives him the name Peter all while trying to convince him to join his crew and become a pirate.

The members of the shipwrecked Neverland eventually float ashore to an island dominated by a tribe of spear-wielding mollusks. Escaping a ticking crocodile, meeting a “tricked out” mermaid, fighting pirates and flying through the air are all encounters that didn’t seem to phase our Lost Boys and Molly, who is eventually reunited with her father but subsequently separated from Peter, with whom she had formed a special connection with during their adventure.

The tale’s script is filled, cover-to-cover, with creative wordplay, thrilling adventures, lessons about childhood, and a new meaning to the word home. The cast, crew, and pit of Peter and the Starcatcher greatly appreciate all of the support they received during the production process and are grateful to all who came to see this astonishing show.