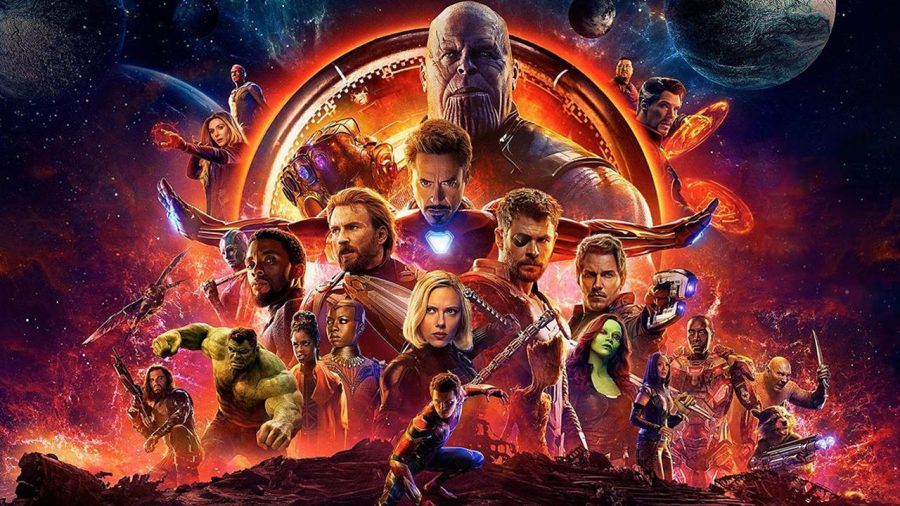 The wait is finally over! Avengers; Infinity War has been released, fans are effectively crushed, and everyone is waiting anxiously on the edge of their seats to see what their favorite heroes will be facing next.

Infinity War was released on April 27th and has effectively demolished the box office. Since the initial release of promo clips during a 2017 Comic Con panel, anticipation has been slowly building among dedicated Marvel fans. Around a month before the film’s initial release date, it was announced, via Robert Downey Jr. on Twitter, that the release would be pushed a week earlier-leading to the release on April 27th, instead of May 4th. Infinity War exploded on arrival, with the highest-grossing opening weekend of all time, and the film currently sits at #4 on the highest grossing films of all time with a gross of $1.919 billion.

While these accolades are impressive, what’s even more impressive have been the fan responses to this film. With an audience approval rating of 91%, fans have been open and accepting to this new and subversive film, many applauding the work of the main cast, the CGI, and the connectedness of the universe. Before this point, many things in the MCU (Marvel Cinematic Universe) had been physically separated: the Guardians of the Galaxy, the Avengers, and all other heroes-while cognizant of the existence of each other- never fully acknowledged the presence and the power of these distinct forces. Infinity War forces these characters to face each other head on, giving the audience a glimpse into the interactions and crossovers of all the characters they love, ultimately making the MCU what it was always supposed to be: a universe. Connected and together, it is delightful and exciting to see which characters compliment each other and which ones do not. Pairings like Dr. Strange with Tony Stark, and the Guardians of the Galaxy with Thor all create new and exciting dynamics, where we can see our favorite characters grow. It is also the utilization of characters like the Scarlet Witch and the Hulk-both who are given new sides to explore in this film-that makes this film a good one not only for the development of the in-universe storylines, but for the development of its characters as well.

While there were many great things about Infinity War, many fans criticized it for it’s length, overblown story, and lack of stylistic direction. At almost 3 hours long, and only serving as the first installment of a two-part film, fans needed make an investment by coming and seeing this movie. While longer runtimes are becoming more popular now when creating massive films like these, the almost 3 hour runtime deterred many, and allowed audiences to lose focus on the film, with it being almost too much to process at times. Many fans also argued against the outlandish stakes of the film, suggesting that having the fate of the universe be at risk yet again is much too much, and for conflicts to be getting so dire that even your friendly neighborhood Spider-Man has to join the action. Though considering the fact that this film has been over 10 years in the making, I think that the stakes are just high enough. Another problem that often comes across when making a mashup film is the clashing of individual styles. While not each hero has a specific style nailed to them, films like Guardians of the Galaxy, Captain America, and Spider-Man all have specific styles that have become part of the characters themselves, and when these styles come together in this film, it is often awkward, out of place, and can make the film seem choppy.

So, what does this film mean for the MCU going forward? The ending of Infinity War featured a very intense and surprising twist, that left many fans shocked. However, while extremely emotional and overwhelming, most fans have agreed that it isn’t going to stick. Due to release schedules for all the sequels that are currently underway, fans have realized that in order for these sequels to be made, the characters must remain in-universe. This has led to many gags and jokes being made about the end of this film, as well as the launching of the website Didthanoskillme.com, in which fans open their browser to see whether or not they were spared. However, while this return has been widely agreed upon, many fans are unsure of what will happen to those characters affected in the film prior to the ending and are still holding out hope for the characters that are seemingly gone. However, fans will just have to wait with these questions until the second part of Infinity War is released on May 3, 2019, unless Robert Downey Jr. has something to say about that.