“It” Brings Character, Humor, and Scares this Season 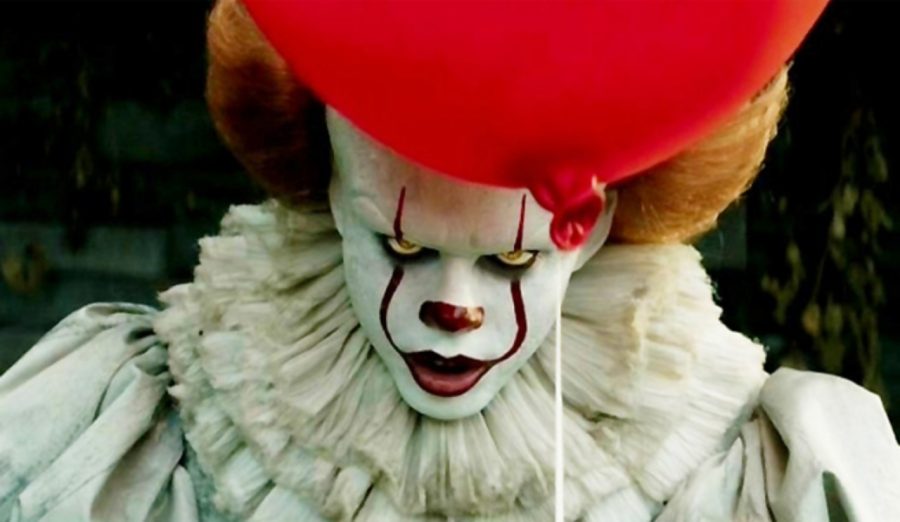 It’s safe to say that the remake of this 1990 horror classic was one of the most anticipated films of the season. Grossing $123,403,419 in its opening weekend, and ranking number 53 on the all-time domestic box office grosses as of November 21, 2017, this scary throwback film delivered. It has become a fan favorite, serving as the inspiration for many of this Halloween season’s haunts and costumes. Part of that trend can be attributed to the lack of horror releases during this season, with the only contender against It in its genre being Happy Death Day (released on Friday, October 13th). This scheduling made it easy to rise to the top as Halloween scare-seekers flooded the theaters to see what has now become the horror film of the season. Based on the Stephen King novel of the same name, this film follows the adventures of a group of teens living in the small town of Derry, Maine, in the late 80’s.

At the beginning of the film, we are introduced to Bill (Jaeden Lieberher), the film’s stutter-ridden main protagonist and his little brother Georgie (Jackson Scott), who is taken by Pennywise the clown (Bill Skarsgard), the film’s main antagonist. The film then moves forward, introducing us to the “losers’ club,” comprised of Stanley (Wytatt Oleff), the rabbi’s son who has little interest in religion, Ben (Jeremy Ray Taylor), the “new kid on the block,” Beverly (Sophia Lillis), the witty leading lady, Richie (Finn Wolfhard), the “trash mouth,” Eddie (Jack Grazer), the overprotected hypochondriac, and Mike (Chosen Jacobs), the homeschooled orphan, at the beginning of their summer vacation. After a run-in with the local bully Henry Bowers (Nicholas Hamilton), the group discovers they have all had encounters with “It”- and each apparition this monster has taken is form specific to their fears. The group must then face these fears head on, with each attempting to find and destroy the monster that has been terrorizing them and hurting kids in their town, all while the burden of their friends and family, and the pressures of life in a small town, weigh down on them. They must grow to trust and care for each other fully before they can defeat what is hurting them most, bringing justice to the people of their town. This film leaves the audience with the idea that you can face anything if you deny the power of fear, as well as a promise that they will return.

Most of the power in a good movie can be derived from character, which can easily be seen here. Each one of It’s characters is well developed and entertaining, and the dynamic of the ensemble as a whole makes the piece flow and remain consistent. The logic behind it is simple: the more a character is liked, the more invested people are in their story, the more the audience cares what happens to them. With this key component of horror movies, audiences will truly fear for these people and what happens to them. And with these characters, that concept is displayed clearly. All of the main protagonists are entertaining and developed, and their different personalities help to balance out the emotions and decisions made in the movie. For example. gentle and cautious Eddie fits well with loud and impulsive Richie, as one knows when it’s time to slow down and assess, and the other is always ready for a fight and to give the other the push he needs. Characters that are as powerful as these also ensure that the film they inhabit will never really be forgotten, because no matter how many movie monsters are seen, it’s the people that connect with the audience for the long haul.

That’s not to say this film doesn’t have its faults. It features a major pacing issue. Part of this problem can be attributed to the source material, as Stephen King can be known for many things, but brevity is not one of them. Despite the fact that this film, unlike its first adaption, will be spread across two films (to account for the two parts of King’s novel) there are many scenes and interactions that are rushed and lack proper rising and falling emotion. There are conversations between characters that begin and immediately become intense, despite the fact that there were no previous actions or interactions between the characters to warrant such a reaction in such a short amount of time. Another factor that contributes to this issue is the number of subplots within the film. While it does a good job of keeping the audience informed on the whereabouts of the main characters and central plot, often it will branch out into different subplots that distract from the main theme. For a movie that is over 2 hours long, this number of story lines seems unnecessary at times. Another problem that can be seen is a lack of maturity in the actors. While this is a direct bi-product of having a cast comprised of kids 14 and younger, the child actors in this movie were definitely working as hard as they could to bring the story to life.

This film is wonderfully framed and provided enough scares to make up for the lack of horror releases this Halloween season. It’s perfect balance of scares, nostalgia, and humor help the audience feel the helplessness and hurt that befalls many when darkness strikes in a small town, and the power that those who live there have against it. This film is scary, clever, and fun, and is highly recommended to all those who haven’t gotten to see it yet. Just hope they’re not too afraid.