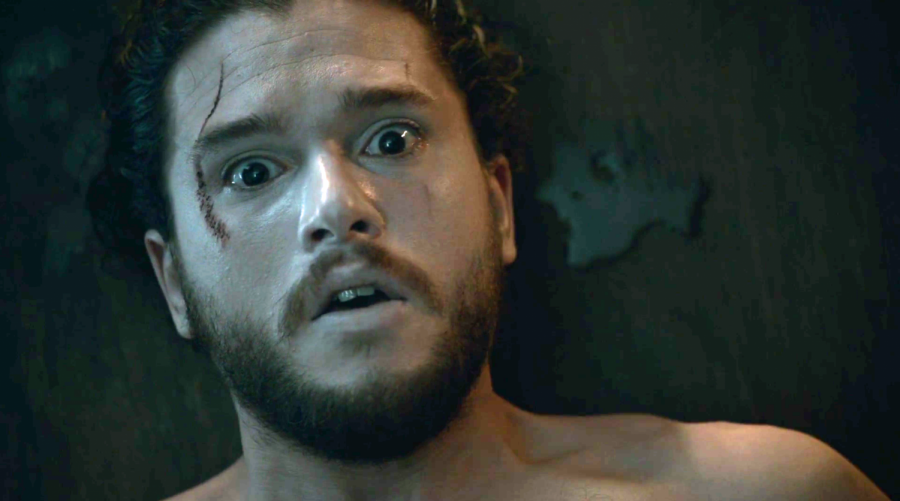 Yup, we were as surprised as he was.

Game of Thrones, arguably HBO’s most successful show, recently wrapped up its 8th and final season. While some were satisfied with the conclusion, many felt it left something to be desired. This last season currently sits at an abysmal 52% on Rotten Tomatoes, an embarrassment to a show that never scored a rating below 90%. Fans worldwide have taken to YouTube, Reddit, and other social media platforms to rant about the results. And currently, a Change.org petition with over 1.6 million signatures (at the time of this writing) is calling for a total reshoot of the final season.
HBO seemed to have everything going right for them. Characters were perfectly and wonderfully portrayed. Every picturesque scene felt well-choreographed throughout, and well-planned. Directors David Nutter and Michael Sapoznik did the best they could to create a true experience. Ramin Djawadi delivered one of the best scores in cinema history. Each episode was budgeted with more money per episode than some movies receive for their entire two hour-long runtime.

So what went wrong?

Part of the blame must be attributed to the hype and timing for this season. It took two years to develop, with the promise that the extra time would be used to make this season even bigger and better. When the extra time proved to be all for nothing, it naturally upset some people. Additionally, the sheer amount of PR that HBO ran was enough to get even a non-GOT fan hyped. Posters of fan-favorites on the throne, free episodes, hashtags (#forthethrone), music inspired by the show, and there were even six full-sized Iron Thrones hidden around the world. HBO spent billions on marketing, so when this season turned out to be all bark and no bite, the reaction from upset fans was amplified.

Some part of the responsibility must also be attributed to the fact that this was a final season. The fanbase was legitimately upset that a show which had hypnotized them for the past eight years, was coming to an end. Admittedly, most endings are not liked by fanbases (Breaking Bad was the exception). But none of this explains why the season failed so epically (in proportions, similar to Dexter and Lost). So the blame, really, must be attributed to the decisions of two people: David Benioff and D.B. Weiss, the writers and showrunners.

First, they rushed the final season. This isn’t a product of HBO management placing restrictions, as many have claimed – HBO made clear that they would have preferred the show to continue their run (GOT was the largest money-maker HBO had ever owned). They offered D&D (the name given to Benioff and Weiss by the fanbase for the series), two ten episode seasons for Seasons 7 and 8. D&D declined, favoring a seven and six episode format. HBO requested more seasons. In fact, HBO, as well as author George R.R. Martin, begged D&D to write out ten seasons of ten episodes. This request was, once again, denied. This lead to cramped storytelling, stuffing enough material for thirty episodes into just thirteen episodes.

Events felt rushed, unearned, and out of place. Processes that should have taken time to develop, happened nearly overnight. Wars which might have waged for years, were over in a night. And ultimately, this left every single twist, subversion, and intended shock, feeling empty, unearned, and clunky. And, for a show which prided itself on clever, unexpected storytelling, this was a major departure from what popularized the show in the first place.

Why did the writers decide to take on this rushed format? Common speculation is that D&D needed to begin writing their new Star Wars trilogy. (Yes, Disney is producing a new Star Wars trilogy, written by D&D: what could possibly go wrong?) In all likelihood, they were tired from ten years of planning and development, perhaps wanting to wash their hands and start fresh. However, this isn’t an excuse: Benioff and Weiss could have handed over the process to another writer (which happens quite commonly in long-running TV franchises).

As a result, nearly every twist in this season was left without an action-consequence roadmap. For every other great twist (consider the infamous Ned Stark twist, the legendary Red Wedding, and the explosive Sept of Baelor plot, to name a few) had a very clear and outlined long-term cause-and-effect structure. The genius of the show is that this structure was nearly undetectable to those of us watching events play out the first time – but so obvious in hindsight.

A sound plot was often placed above fiery spectacle and Michael Bay-style action. The Battle of Blackwater is the only major battle within the first three seasons, a positive for many. In an age where franchises prioritize spectacle over plot (i.e. – blockbuster superhero movies), a show featuring intrigue and a powerful plot is a welcome respite. However, the showrunners don’t seem to understand this, as they began to phase out solid plots in exchange for more battles. Now, we are left with the Battle of Winterfell: it was fun to watch, but the near-nonexistent planning, mixed with the obvious plot armor, made the episode a mongrel of plot devices.

Then, all character development was tossed to the wind. Redemption arcs? Destroyed. Villain arcs? Cut short. Hero arcs? Given unnecessary baggage and weighed down for plot convenience. Characters made nonsensical decisions with little justification, were promised endings and were reversed at the last minute to “subvert expectations.” The strength of GOT, for years, was its character development. The series was so well-planned that there were points where we found ourselves rooting for a major antagonist.

The development of characters turned jerks into fan-favorites, fan-favorites into jerks, and everything in between. We rooted for one character in one scene while simultaneously hoping for his/her demise in another. We missed villains and wished heroes gone. Of all the issues listed so far, this is potentially the greatest, simply because it was such a turnoff for so many. However, the aspect of this final season which most contributed to this dumpster fire, has to be the betrayal of nearly every GOT theme.

For years, GOT was about action and consequence, placing sensibility above spectacle, emphasizing character intrigue and development, all the while making several statements about the nature of society (“Political squabbles leave humanity exposed to existential threat,” “Children are not defined by their parents’ actions,” “There is no black and white, only varying shades of grey,” etc.). The final season found a way to break each and every one of these themes (break the wheel, indeed).

This final season subverted most themes built over seven seasons. The idea that the political squabbles occurring in Westeros was detrimental to the real fight against the White Walkers in Episode 3. The show opted to eliminate the Night King, arguably the best major antagonist of the series, halfway through the final season, leaving the final boss to be an alcoholic queen and her pirate boyfriend. The idea that children aren’t defined by the crimes of their parents, ended in Episode 5, when Daenerys, daughter of the Mad King, descended into madness and burned down a city. Varying shades of moral grey were undermined throughout the entire season. Before, one might find oneself sympathizing with characters carrying out questionable actions (Cersei’s fight against the Sparrows), but now, the show cycled through three villains of the deepest moral black: the Night King, Cersei, and Daenerys. Even with Daenerys, the show had the potential to create a truly great grey character by giving us an insight into her thoughts and justifications for her terrible acts. Instead, they ended her tenure as villain in twenty minutes. The idea of fitting endings for heroes and villains alike was jettisoned in favor of dull and boring endings. Characters were given plot armor throughout the final season. Arya survived wights, white walkers, dragon fire, and buildings being dropped on her. One of the very reasons people enjoyed the show in the first place was its lack of plot armor, and the late addition infuriated many watchers.

Ultimately, the final season was a betrayal of everything we loved GOT for. The sprawling epic fantasy style blended perfectly with the philosophical exploration of human morality and the quest for power. Essentially, where the show ended wasn’t bad: the quarrel is with how the show got there.

In hindsight, we should’ve known. Thinking back upon it, the saddest factor is that this is how the franchise will be remembered. Franchises can be fantastic, but if the finale is subpar, it mars the history of the whole franchise. GOT was unable to deliver in its most important hour. The final season functions as a “final exam,” and the entire franchise represents the duration of the course. If you fail the final, you fail the course. And unfortunately, GOT failed the final. Epicly.

GOT will not be remembered as the fantastic show it truly was, exploring drama and fantasy in a way never explored before and redefining the ideas of good and evil. Instead, it will be forever known as the show which couldn’t deliver a good final season.

The actors, directors, and behind-the-scene workers who poured their lives into this show are the true victims here. This is the true tragedy of Game of Thrones: not that which was written, but the consequences suffered because of the lack of it.