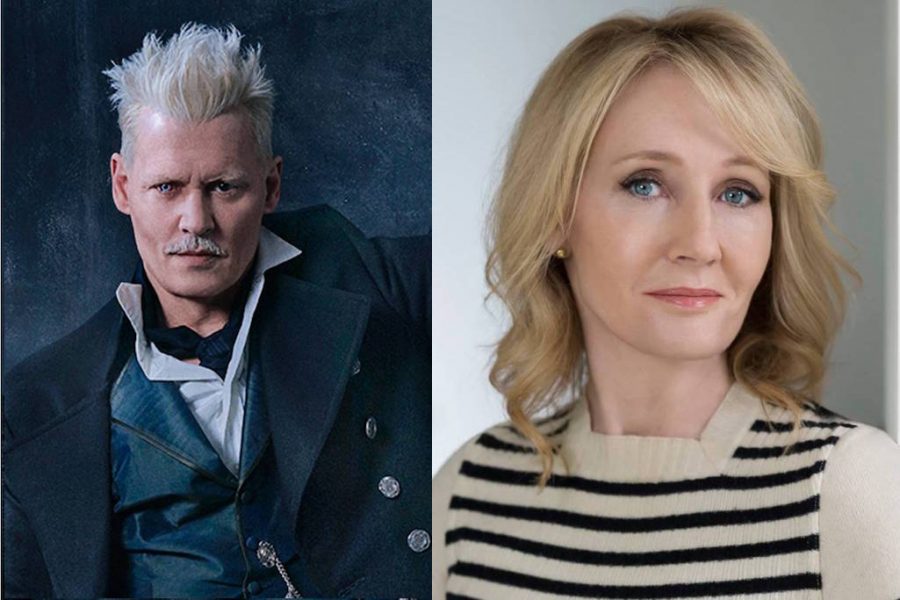 In the wake of allegations of abuse against actor Johnny Depp, coupled with a lifestyle that is less than admirable, can we support separate the artist from the art and watch Fantastic Beasts without judgment? Should we? What about when much-praised and successful female author J.K. Rowling supports his casting? (Photos courtesy Warner Bros. Studios)

It’s a question that has been plaguing movie enthusiasts for years: can you separate the art from the artist?

Now, more than ever, this question comes up when discussing film and media, as every dollar you spend to view a film directly funds a person who has possibly hurt and ostracized another. It’s a creative and ethical dilemma that grows more prevalent as time goes on, and has recently claimed a new lightning-scarred victim.

Like many others, I have been a Harry Potter enthusiast for years; movie premieres, exhibition tours, Halloween costumes, book releases…if it was a Harry Potter event, you could be sure to find me in the corner, sporting a wand and reciting spells. In fact, the first review I ever wrote for Bear Facts was my review of the most recent Potter franchise film: Fantastic Beasts and Where to Find Them. The first installment of what is set to be a five-film series, Fantastic Beasts had received fairly positive reviews, with one major exception: the casting of Johnny Depp.

Johnny Depp has become synonymous with great performances, and justifiably so, as he can be credited with some of the most memorable movie characters in film history. However, recently his name is associated with an unfortunately growing group in Hollywood, the group of men who have been called out for their inappropriate actions and abuse against others in the industry. Aside from the abuse accusations from his ex-wife Amber Heard, Depp has also been accused and found guilty of breaking contracts and refusing to pay both his legal help and bodyguards. His exorbitant spending and self-indulgent tendencies have brought into question how appropriate it is to cast Depp in family media productions, even as some of his most successful roles include family-rated productions like Pirates of the Caribbean, Alice In Wonderland, and now, the Harry Potter franchise.

Of course, the subject of Harry Potter cannot be approached without discussing the problematic nature of J.K. Rowling, the franchise’s author and producer. When it was announced that the second Fantastic Beasts film would feature the character, Dumbledore in the days long before his employment at Hogwarts, many fans began citing J.K. Rowling’s tweets that revealed Dumbledore was a homosexual. In the original Harry Potter books, there is no indication that this is the case, so fans were excited to see a side of Dumbledore not before exhibited within the canon universe. However, shortly after Dumbledore’s sexuality was revealed, director David Yates said in an interview that this subject won’t be explored “explicitly” in the film, largely because it wasn’t written into the script that way.

Fans immediately began reaching out to J.K. Rowling online, criticizing her for her role in exploiting homosexuality for her own agenda. To many, it seemed that she was seeking praise for being progressive and accepting, but would not put herself at any monetary risk by actually depicting these progressive characters and ideas in the canon. In response to this, Rowling began lashing out at fans, attacking and blocking people by the hundreds, including a large group of her young audience who merely wanted to ask her questions about the books.

Her actions have also called into question the truth in her “feminist” nature. For a long time, J.K. Rowling was considered to be an exemplary model of modern feminism. However, when asked about the possibility of recasting Depp as Grindelwald in Fantastic Beasts II, she defended the choice as “the right thing.” It would have been very easy to replace Johnny Depp in the Fantastic Beasts franchise, as his character is known for his ability to shape-shift and spent much of the first movie portrayed by actor Colin Farrell. If J.K. Rowling is the feminist she claims to be, how could she defend a man accused of such harmful acts against women? It’s hard to try and define why Rowling makes the choices she does, but it is easy to see the damage and division that has affected her following. The question now, is how many are refusing to support J.K. Rowling and her future endeavors?

I have not decided if I will be going to see Fantastic Beasts on November 16th. While there is no denying that this film is sure to be another great installment in the magic that is Fantastic Beasts, I feel that J.K. Rowling is going out of her way to make supporting her a dilemma. I am nervous about the precedent I will set for myself if I avoid this movie because of its creators, and equally nervous about the precedent set if I don’t. If you are grappling with a similar choice, read, research, and formulate the opinions that can help you make a decisive and mindful choice.

The staff at Bear Facts would love to hear from you.