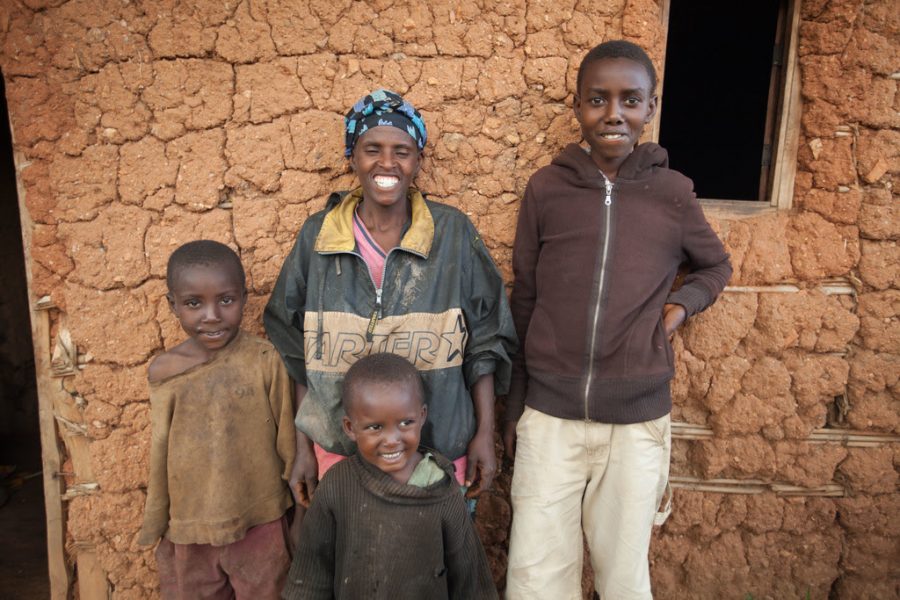 The Butoyi family from Makamba, Burundi. The live in a two bedroom home they built themselves, where they survive on the equivalent of $27 per month. The collect their own water and feel blessed to have clothing and a few cattle.

In our AP Statistics class, Mr. Gaudio introduced us to a website called GapMinder. Using the site, Mr. Gaudio demonstrated an example of how vital statistics are in our modern world. With a couple more clicks, I saw that this website was more than a collection of nerdy statistics: GapMinder was a way into a good cause.

A professor named Hans Rosling, who taught at the Karolinska Institute in Stockholm, was upset by the lack of awareness he saw amongst his students when it came to their understanding of global poverty. He soon realized this lack of awareness was not limited to his students; he saw it in almost everyone he encountered. He explained that the knowledge we do have is based on outdated facts, generalizations, bias, and a plain lack of resources. Professor Rosling was so concerned that he performed an experiment which revealed that when asked to indicate which countries had the highest child mortality rates, his graduate-level students weren’t even as accurate as chimpanzees who were being asked to choose random fruits in response to commands. Rosling was not mocking his students, but simply pointing out that his students had clearly been taught the wrong information.

GapMinder was built to resolve this. The hope is to teach people and make them aware of the gaps in the world: whether looking at percentages that measure economics or the availability of education to different groups of people.

At first, I felt that the creators of GapMinder were masking reality by telling us that the gaps around the world weren’t as great as we might have thought. But I soon realized I was as misinformed as Professor Rosling’s students.

GapMinder actually made me realize how severe poverty is in certain areas, even though I learned that overall, world economics aren’t quite as hopeless as I had thought.

GapMinder surveys families to gather information by asking them about their income, the size of their home, whether their toilets are shared with the community, what sort of “luxuries” they possess, and even whether they have ever been on vacation.

One family in Burundi is surviving on $27 a month while another is living on $11,000 a month in Latvia. What intrigues me is how genuine the smiles on the faces of the Burundian family appear. The Latvian family, whose smiles also appear genuine, makes 400 times the income of the Burundian family. I wonder if the Latvians have the same level of appreciation for their blessings as the Burundian family…even though each family works so hard for what they earn. I am in awe of their strength.
Whenever you have a couple of spare minutes, spend them visiting GapMinder. I promise you won’t regret it, but I can’t promise it won’t bring you to tears.