Point/Counterpoint: Should Trump Have Been Tried? 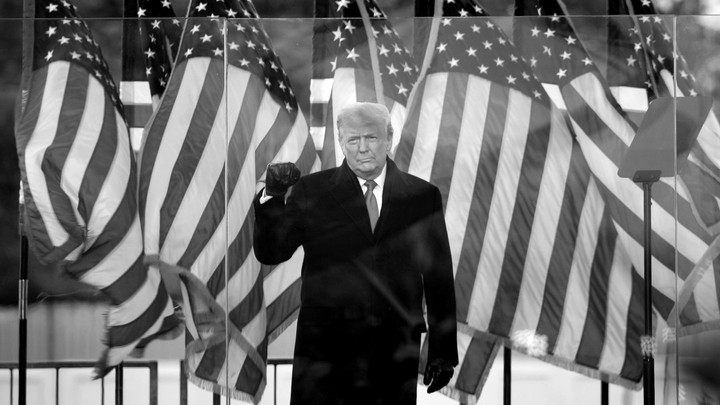 Point
Article II, Section 4 of the United States Constitution states, “The President, Vice President, and all civil Officers of the United States shall be removed from Office on Impeachment for, and Conviction of, Treason, Bribery, or other high Crimes and Misdemeanors.” If we put aside the fact that if Congress wants to impeach and remove an elected official from office, one of the requirements is that the individual has to be still holding office. Nowhere in the Constitution does it include that you can impeach former elected officials. But for the sake of argument, let’s accept the notion that this impeachment trial was Constitutional.

Former President Donald J. Trump was impeached for a second time because he was accused of inciting violence and inciting an insurrection on January 6, 2021, the day of the Capital Riots. Now, before we decide if President Trump incited violence, we should define what inciting violence entails. According to Merriam-Webster, “incitement” means “to move to action: stir up: spur on: urge on.” The second part of the accusations against President Trump is that he incited an insurrection. An insurrection is “an act or instance of revolting against civil authority or an established government.” Now that we have the definitions settled, we can decide whether or not the charges brought upon President Trump are justified.

In President Trump’s speech, he tells capital protesters, “I know that everyone here will soon be marching over to the capitol building to peacefully and patriotically make your voices heard.” How is what he said in any way inciting violence? The definition of “peacefully” is to be devoid of violence or force. What President Trump said is the opposite of what inciting violence means. So how can you be impeached for something you did not do or say? I did not know you can peacefully incite violence.

Alright, let us assume Donald Trump is guilty: why then would you not charge him as a private citizen? He is no longer president, so how can you impeach a private citizen? The only reason I can think of is that once you charge him as a private citizen, then the Left has nothing to go on because it turns into a Freedom of Speech issue. The whole trial is all political theater, and the Left knows it. How can you convict someone of inciting violence when they said, “peacefully and patriotically make your voices heard.” I would also like to add that once you go to a logical extreme of being able to impeach private citizens, then what stops Congress from just impeaching every private citizen with whom they disagree? I know what you are thinking; that is a complete strawman (a weak or imaginary opposing argument which is set up only to be easily overwhelmed by opposition). Is it though? The Left and politicians, in general, have a long history of continuing to move the goal post. If they have that power, what would stop them?

If the Left is truly the party of ‘Unity’ that President Biden speaks of, why did they continue with this charade? Why not just move on and work on trying to get the country back together? Why waste taxpayer dollars on this issue? If the 2020 election was truly fair, and Biden truly got that many votes, then the Left shouldn’t be afraid of him running again.

Counterpoint
As if we weren’t already living through enough world history, Donald Trump is now the only president of the United States to have been impeached twice. For his first trial, he was charged with multiple articles of impeachment. This time, he was only charged with one: inciting the deadly insurrection at the US Capitol on January 6th. The question isn’t whether or not he is guilty— to that, the answer is a wholehearted yes. The question is, why can’t the fractured group of Trump supporting senators who have abandoned their sense of democracy finally see through those rose-colored glasses and realize that for the past four years, the country has been teetering on the brink of fascism? We as a country have been ignoring the warning signs that Trump would manage to delude his supporters into believing the dangerous idea that he is some kind of omnipotent ruler. Failure to convict former president Trump has set a chilling precedent. In America, we let our elected officials try to overthrow the government. No big deal!

In order to fully understand what makes Trump so dangerous, his actions over the last four years need to be examined. Recently, an image circulated of a list titled “The Warning Signs of Fascism.” One can go down this list and check off each bullet point with an example from Trump and his administration. The first one: “Powerful and Continuing Nationalism.” This qualification is apparent in the now infamous campaign slogan, “Make America Great Again.” Secondly, “Disdain for Human Rights”: that accusation and qualification for Fascism sounds like an appropriate way to describe Trump’s reaction to the Black Lives Matter movement. Next, “Identification of Enemies/Scapegoats”: ANTIFA, the Mexicans, the Muslims, the entire countries of Russia and China, apparently, just to name a few. After that, “Controlled Mass Media.” On May 28th of 2020, Trump signed an executive order attempting to control social media platforms. This bill was his response to being fact-checked on Twitter before permanently being banned.

I could go down the list and give examples for every single one, but at the very end is one last phrase that’s almost chilling to read: “Fraudulent Elections.” As easy as it would be to brush this concept off as neo-liberal propaganda and laugh, as time has gone on, more and more Republicans and conservatives have denounced Trump for these exact reasons.

But of course, Trump was not impeached on charges of a rising fascist regime. He was impeached on charges of inciting the murderous rampage that took place at the Capitol on January 6th. Looking at the evidence— just the hard facts, it seems unfathomable that anyone could consider him not guilty. “We fight like hell,” Trump said, “and if you don’t fight like hell, you’re not going to have a country anymore.” At his rally, he told his supporters that he himself would walk with them down to the Capitol building. Like just about everything else he’s promised, this was a lie. Some individuals wore matching shirts labeled “MAGA Revolution, January 6th 2021,” while others came in full tactical armor. One thing they all had in common was the word they used to describe the events that transpired: revolution. A revolution is not planned in a day, or simply after hearing one mediocre speech. Clearly this had been some time in the making.

When you look at all of these things together, they begin to unveil an uncomfortable reality that cannot be ignored. The attack on the Capitol was not simply the result of the speech Trump gave that day. The events of that day have been boiling for four long years, and January 6th just happened to be the day that the pot boiled over. The acquittal of Trump is a failure to the American people and will go down in history as a mistake and an embarrassment.