Letters to the Editor: Give eSports a Chance 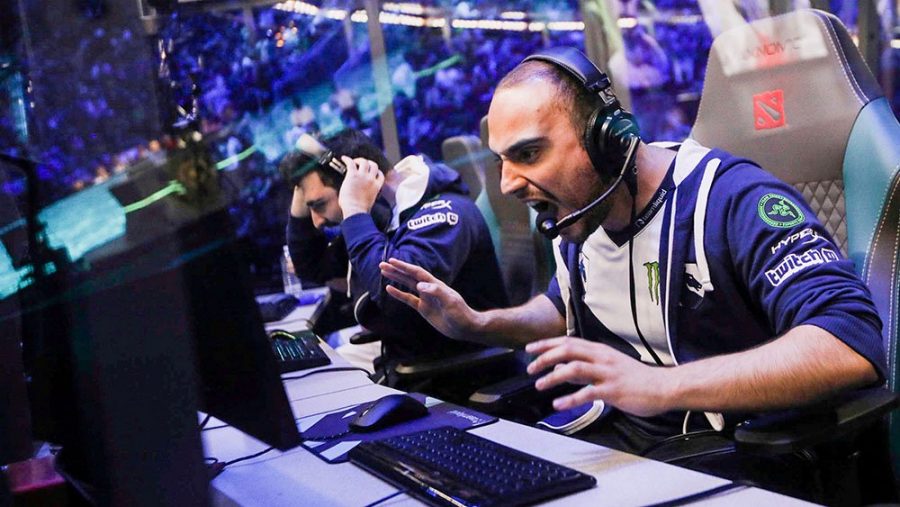 With the rise and mainstreaming of eSports, what constitutes a sport is consistently being challenged, with both sides locked in a fierce battle for or against the legitimacy of gaming.

In response to Aidan Elsroth’s recent article, “What makes a Sport a Sport?” the author took aim at eSports, stating that video games are not sports, supplying a wide range of reasons why not.

Let’s again take a look at the definition of a sport: an activity involving physical exertion and skill in which an individual or team competes against another or others for entertainment.

Let’s break it down the way Mr. Elsroth did – that a sport is an activity which involves “skills, strength, and speed.”
Based on that definition, why then, do eSports not fit the bill? Is it because he pigeonholes people “who became successful and moved out of their basements” as the whole eSports community? Using stereotypes that are far from the truth doesn’t help his argument.

eSport players have to regularly train to be able to compete. Look, for example, at the Overwatch League. Those players compete in two matches every week, for a stretch of five weeks. One might say, “Woah, they don’t play a lot,” but realize, they don’t literally take their “days off.” Instead, they go into practice mode and play friendly matches (or scrims) against other professionals and play countless rounds to improve their games. They train and condition, or do video reviews of their previous matches to assess what went wrong and where their teams needs improvement.

This practice is parallel to what traditional athletes do on a daily basis: they go back after a win or loss, watch the video of their recent games and matches, determine where they need to improve and train accordingly, during time off, to prepare for the next match.

While performing in eSports may seem akin to simply playing video games as a hobby, comparing professional eSports to playing Superman 64 is missing a key point. Competing in eSports is nowhere near the hobby-like setting Elsroth describes in his article.

I play video games. I love playing Overwatch every night with my friends on “competitive mode.” But while I do this on a daily basis, I CANNOT call myself a professional eSports athlete. Why? Because first, I play it only when I am free. Second, I play to wind down the day and relax or play to climb “the ladder.” Third, it is a social experience; I play hanging with a group of friends for fun. The nature of my play is not to be competitive, but to have fun – simply to play the game – just as Mr. Elsroth alluded to in his article.

The people who compete in the Overwatch League – they are called Overwatch Contenders – play every day, practice every day, and focus on winning competitions every day. They don’t “play” fun; they compete, because Overwatch is their job. These players don’t call it quits after the match is over. Beyond even their strict practice schedules, these players go on strict diets and train and condition to perform in their best physical and mental conditions.

Players from the Overwatch League, a team called the Dallas Fuel, are engaged in strict workout regimens during their off days. This includes eating a restricted diet and dedicating 6-8 hours a day to practicing in scrims and playing in unofficial matches against other teams. Their focus is constant and rigorous. The workout regimen that these players participate in teaches them the skills they need to react quicker and be able to process decisions faster than the average video game player can.

Coordinating the mouse and the keyboard in rapid fire succession is a critical skill, as players are tasked with reacting to situations which require callouts and strategies made as quickly as trying to hit a baseball being thrown at 95 mph.

While this is a continuous – and contentious – debate that will likely be argued for years to come, organizations such as the IOC (International Olympic Committee) have recently ruled that eSports could be introduced into the next Olympics. Countries such as Germany, Finland, and even Russia, have recognized eSport athletes’ “games” as sports.

It’s not about changing the definition of what is a sport, but just about changing our perspective of what we traditionally know as sports and athletes. If the IOC is flexible and open to this change, we need to be, too.
eSports = sports.