He Said/She Said: Should We Eliminate Senior Year? 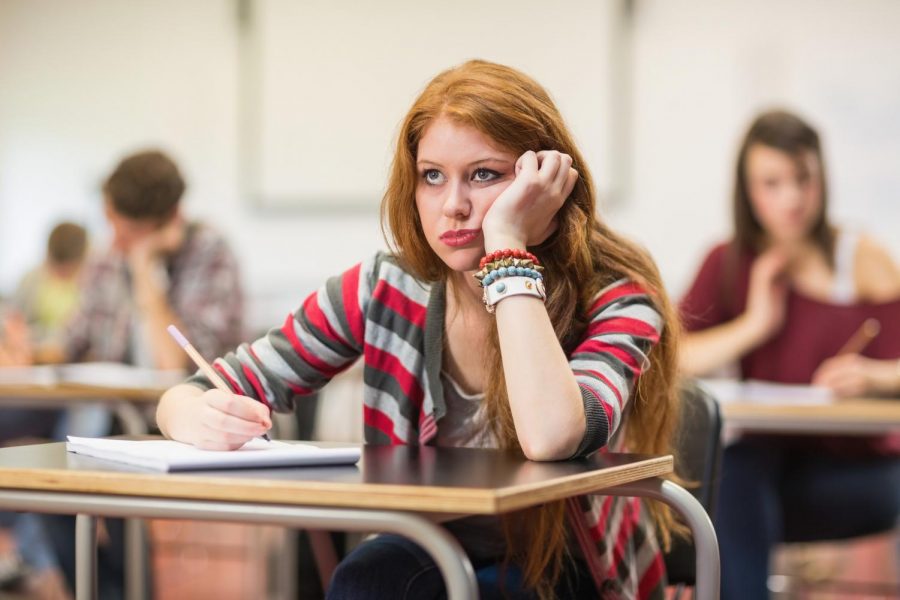 He Says No
Senior year of high school is often considered less important compared to the first three years, due to senior slacking and unpreparedness, according to The Hechinger Report. This statement shows that many people view senior year as unimportant and insignificant instead of the valuable year when students can learn how to handle multiple different obligations in a safe environment.

According to a New York Times article entitled, “Should Students Be Allowed to Skip Senior Year of High School?” students in senior year have “late arrivals, multiple lunch periods, and two or three classes” which suggests that senior year makes students lazy because they have already met their academic requirements. These students could better serve their time by finding jobs or internships and going to college with the information from these experiences fresh in their minds.

The opposing view has support in an article called “High School Senior Year Can Be A Waste Of Time” from Stanford’s The College Puzzle, where the author suggests that the responsibility for correcting student laziness falls to the students, the school, and the parents. The writer says that the way we view senior year should change. Instead of being another stepping stone in life, the senior year should be filled with STEM classes in order to prepare seniors for the classes they will take in college. Too many high school seniors spend their time being forced to take remedial classes. There have been suggestions that students should be taking college level or transitional classes in order to form the right mindset and study habits necessary to succeed in college.

An article published by Vox, written by Libby Nelson, shows an example of this more rigorous schedule in high schools where students take colleges courses early. The suggestion is that if you are a senior, you should be able to handle college-level work, but by letting the students stay in high school, they are offered a lower stakes environment instead of classes that have to be paid for, allowing them to learn from their mistakes without fear of getting kicked out for not meeting their colleges’ grade requirements.

The idea of acquiring internship positions instead of learning also has its problems, due to the possibility that the internships that students enter into won’t be as useful to their futures, as learning situation-specific concepts aren’t as useful as practical applications learned in the classroom. A possible solution for students in senior year, according to The Hechinger Report, already occurs in the Castilleja School (an independent school for girls in grades 6-12, located in Palo Alto, CA) where they teach their students everything from personal finance to preventing date rape.

Ultimately, students who are 17 and 18 should still have time in school to learn and grow and transition into being adults. They should be taking more rigorous and practical classes, but senior year is still as important for high schoolers as it ever was. Students who have jobs or extracurriculars often develop a better capacity to organize their needs in a senior year which allows students to have more time to develop their maturity, instead of expecting them to grow up too soon in a foreign environment.

She Says Yes
In the United States there are thirteen grades (including kindergarten) that children must progress through from age five to eighteen. This allows there to be four buildings with three grades per building, excluding one. That odd-grade-out gets shoved into the high school. From kindergarten to eighth grade, kids have adjusted to spending three years in a building and then graduating to the next. This leaves eleventh graders in a bit of a rut. They have been in their high school for three years and their subconscious gets them ready to move onto the next “building.” Yet they are bound to grade school for one more year, holding them back from jumping into their adult lives. This can lead to a lot of frustration among seniors. Some students even choose to graduate early just to avoid this extra year, by overloading themselves with courses during their junior year. One way to combat this frustration is to approach senior year as a transition from grade school to the real world, rather than one last grueling year before they are thrown into the world.

One alternative senior year option could be to acquire internships within the community or school district. Rather than sitting in a classroom, students would learn through experience which would tie back into their academics through writing about their time interning or an equivalent substitute. This could be implemented in multiple forms to fit the school districts’ needs. This could be satisfied through various means: full year interning, one semester, one quarter, a few weeks, half a day or certain days per week. Byram Hills School District in Armonk, NY, decided to go with a six-week program at the end of senior year where seniors are matched with internships in the community (e.g. aiding elementary level teachers in the classroom). They return to the high school only for their finals.

Any use of an internship program during the senior year would benefit the seniors by easing the monotony of four years in one place. Being outside of the classroom for a period would most likely reduce the students’ stress levels while they prepare for college as well. I’m not implying that their work as interns wouldn’t be time consuming, but they would have an easier time coordinating outside of school activities when not being restricted to seven hours in the classroom.

I’m sure many students would agree that the stress of another year in the classroom when trying to prepare for their futures is quite overwhelming. This could be remedied by implementing internship opportunities supported by school districts.