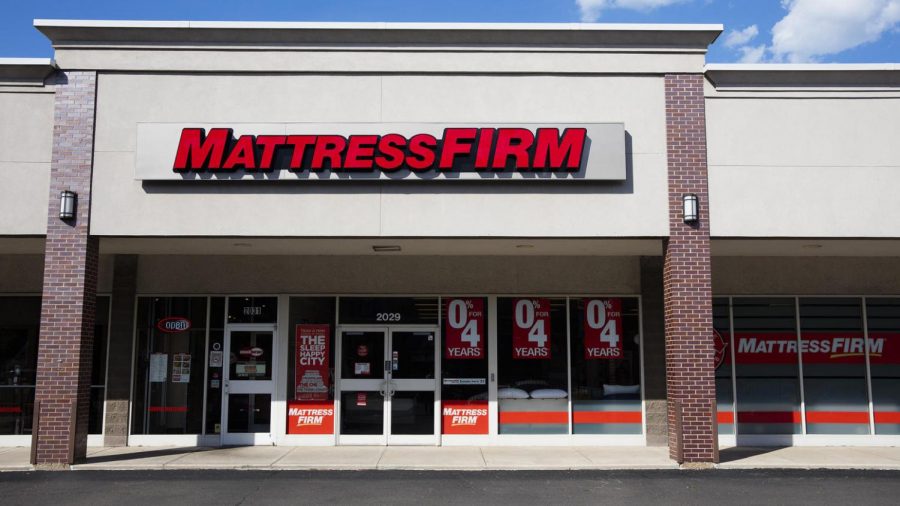 What is money laundering? It is basically a scheme where people that make money illegally buy legal companies in order to make their illegal money look legal on paper and to the government. We see money laundering schemes in some of our favorite shows like “Breaking Bad” when Walter White buys a Car Wash, or on the Netflix show “The Ozarks” where main character Marty Byrde has to move to a secluded area and launder a Mexican drug lord’s money. Money laundering isn’t new, and it will definitely be a tactic used by organizations that are producing large sums of money illegally.

Making illegal money seem legal isn’t an easy task, but it can be done. Mattress Firm is a huge company that has been all over social media recently because of some strange evidence that conspiracy theorists have pieced together throughout the years. The biggest question asked by many is: Why are there SO many Mattress Firms? There are three Mattress Firm stores all on one street in Algonquin, Illinois. (The stores’ close proximity to one another leads theorists to assume that the land must be cheap in that specific area.) There is no way there can be such a high demand for mattresses in one town. People all across the country noticed that there are many Mattress Firm stores so close to each other in small towns, and for the most part, they are empty, with only a few employees and barely any customers.

They also bought out their biggest competitor, Sleepy’s, in 2015, taking over many of their stores. With the increase in Mattress Firm stores opening, it is believed that there is now more room to shuffle money between the stores. It is also easier for more money to appear, be handled, and look less suspicious to the government. They can also share assets with other Mattress Firms quicker, which is important especially if business is much slower in one than in the other.

To complicate matters, in December 2017, Mattress Firm’s parent company, Steinhoff International, was exposed to the public for “accounting irregularities” when auditors found such irregularities in their finances. The week the conspiracy went viral on social media, the CEO of Mattress Firm, Ken Murphy, quit his job, officially leaving his position in March 2018. To make this theory even more credible, Steinhoff International’s top two executives and chairman resigned from the company with little to no comment regarding their decision to leave. As a result, Steinhoff International stock price dropped 62% in ONE day, and their market value decreased by $15 million dollars. Since this theory went viral, Mattress Firm has released statements claiming that they are planning to close at least 200 stores by the end of 2018.

There are 13,000 Starbucks cafes in the United States, and as of 2018 there are a little over 9,000 mattress stores. The numbers are unusually very close, considering Starbucks is always full of people and mattress stores are usually empty. However, if they are supporting a money laundering system, having that many stores makes it easy to hide and shuffle around money. Where in the past, people used to hide money in their mattresses, it would seem that nowadays, the money is being hid in mattress stores.