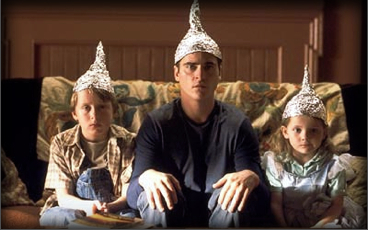 Plane Crashes
This concept is one of the scariest conspiracies I have ever heard about, and although many people believe this theory to be a fact, we’ll let you decide. Traveling by plane is one of the safest modes of transportation. When tragedy strikes and there is a deadly crash, airlines lose millions of dollars. When a passenger survives a plane crash, it isn’t a secret that they can sue the airline for even more millions of dollars. So what can an airline company do to reduce the amount of money they will lose? Although touted by airlines as the way to survive a crash, many conspiracy theorists believe that the Brace Position can instead kill passengers in a matter of seconds during the fall. Airline companies have released statements saying that The Brace Position

is the safest position because it reduces the amount of flailing of arms and legs, but many passengers and theorists noticed that the position can also instantly snap someone’s neck the moment it hits the seat in front of them. Some flight attendants have come out to confirm theorists beliefs saying that it preserves the passengers teeth, making them easier for identification.

Knowing that not all plane crashes guarantee the death of all passengers, it is important to know how to stay safe during a flight and know many ways to stay protected and position yourself safely.

John F. Kennedy’s Assassination
Being one of the most talked about conspiracies ever, there are three different theories involving the assassination of JFK. 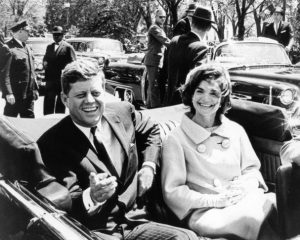 Conspiracy 2 – The CIA Did It
What would be their motive to kill the President? Kennedy blamed the CIA for the failed operation against Cuba’s “ Bay of Pigs” and then fired longtime Director Allen Dulles along with various others. The CIA did not agree with Kennedy’s military orders and felt like he was going to start World War lll. Kennedy also removed all military power from the CIA and put it under the joint Chief of Staff. Maybe the CIA felt like   they needed to get rid of Kennedy before he did “more damage.” CIA agent Edward Lansdale just happened to be in Dallas when Kennedy was assassinated. Lansdale who was also in charge of setting up an operation to assassinate Fidel Castro.

Conspiracy 3 – The Irish Mob Did It
Was the Irish Mafia in on JFK’s assassination? The Kennedy family was known for being previously involved with the mob. JFK’s father, Joseph Kennedy, was very involved with the Irish mob in his life. According to Frank Sinatra’s daughter, Tina, Joseph Kennedy worked with mobster Giancana to rig the voting polls in Chicago during Kennedy’s presidential election. So, the Mafia had strong reasons for wanting Kennedy dead. Additionally, they had lost their huge gambling interests in Havana when Castro seized power, and had been standing by, waiting for military action by the Kennedy administration which would have reversed the situation and given them their casinos back. It never happened.

Area 51 and Aliens
Area 51 is a US Military installation in the deep desert of Nevada. The United States Government acknowledged its existence and told the public that it was being used as nuclear testing grounds. In July 1947, the Military released information out to the press stating that there was a “flying saucer that crashed in the desert,” but retracted their statement a day later, claiming that the saucer was actually a United States Air Force air balloon. This report and its sudden alteration left conspiracy theorists wondering, and over the years have come up with this theory: Area 51 is a location 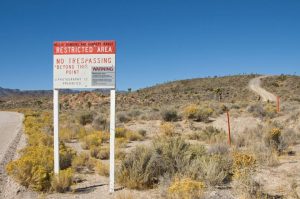 where aliens come to Earth and communicate with the U.S. Government. They came to that conclusion based on the testimony of two sheriffs who were in the area on duty that night. In an interview, Sheriff Jess Slaughter and Deputy Sheriff Charles Fogus said they witnessed a flying saucer crash on the side of a river bed, and that the object was “100 feet across.” During the interview, both said they saw men carrying a “big creature.” The interview then sparked follow-up questioning throughout the nation. As of today, no one knows what exactly goes on in Area 51, and since 1947, photos have been released of UFOs as well as pictures of what people claim are aliens.