Point/Counterpoint: Should We Impeach President Trump? 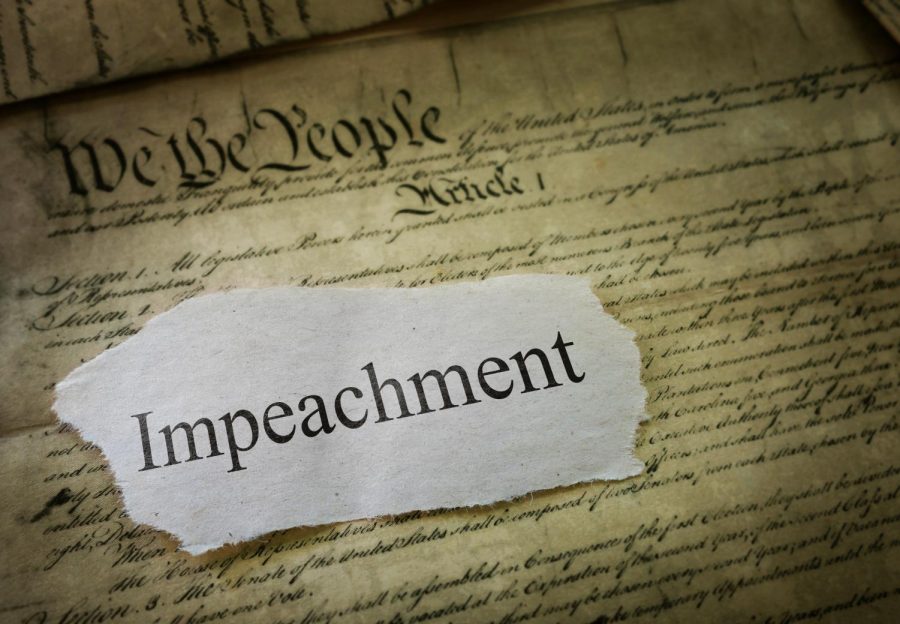 If Democrats were to push through an impeachment at this point, with no illegal behavior undertaken by Trump, they would be going directly against the core principles of separation of power between branches of government; if the House decides to impeach, they would be exercising the power of a court and interpreting the law on their own. Even the decision made by the lower court to allow the impeachment proceedings to continue would still be illegal, as there is no law against what was done by the President and the court system can only interpret laws. This would completely undermine the tried and true republic that has stood strong for over 200 years.

Within Ukraine, government officials knew about the possible withholding of funds by early August; the news didn’t come out until late September. If the Ukrainian government felt this was an issue that affected and inhibited our nations’ relationship or their internal security, they could have approached the international community in August to call attention to these tactics.

Looking at the precedent set by impeachments of the past, like those of Richard Nixon and Andrew Johnson, we can see that it would be foolish to move forward with an impeachment inquiry. In the Johnson impeachment inquiry, Andrew Johnson removed his Secretary of War and following that, the Senate passed a bill to make this practice illegal. During the voting procedure, this decision wasn’t upheld and they decided this attempt was unconstitutional. If the Senate were to pass a bill to find Donald Trump’s actions illegal, based on the precedent of the Johnson impeachment, they would render the impeachment invalid.

After we’ve had the chance to see the Mueller report, we must admit that there was Russian interference in the 2016 election. But, the Trump Campaign did not directly coordinate with Russian efforts, even if they may have benefited from them. There was simply not enough solid evidence to lead congress to conclude that any crime had been committed. To be clear, the intelligence community had concluded that Russia had interfered in our elections as early as July of 2016. This was known information – why was it necessary to spend $32 million in taxpayer dollars to confirm what we already knew? Going forward with an impeachment inquiry and wasting more taxpayer dollars, all in the name of a baseless witch hunt, seems to be an equally wasteful use of time and money.

As Abraham Lincoln said, “A house divided against itself cannot stand.”

It is fitting that this was said by our first Republican President and now, years later, another Republican president must tackle this issue of division within our country.

The Constitution of the United States is often vague. The commerce clause has been re-interpreted since 1937, the current order of presidential succession wasn’t created until 2006, and the terms of a Senate trial are admittedly ill-defined. So in that context, the Constitution’s clarity on the power of impeachment is striking: “The House of Representatives shall choose their Speaker and other Officers; and shall have the sole Power of Impeachment” (Article 1, Section 2, Clause 5). The House of Representatives must exercise this power and move to impeach President Trump.

I’m a skeptic of massive political overhaul, especially in the Trump era. Trump’s approval ratings are relatively stagnant, excessive partisanship limits any sort of structural change, and the Constitution intended for a painstakingly deliberate political process. So when the news first broke regarding this new Ukraine scandal, I didn’t expect any needle movement. My first assumption was that this news was just another routine piece of evidence along the same tired track as the Mueller Report. Quickly, I was proved wrong.

President Trump, the day after Former Special Counsel Robert Mueller testified, on a call with Ukrainian President Zelensky, made the approval of military aid to Ukraine contingent on investigation of Former Vice President Joe Biden’s family and then took special precautions to hide the transcript of this call in an unnecessarily hidden location. Additionally threatening national security, the Trump administration’s most common emissary to Ukraine was not a State Department diplomat, but a private citizen without national security clearance – Rudy Giuliani. From the doctored White House summary of that call to the testimonies from State Department officials, there is already enough proof that the President of the United States has engaged in impeachable behavior. The House’s vote to investigate was not just inevitable, it was imperative.

The top-covered story on cable news in 2018 was the Russia/Trump 2016 election scandal. Understandably, a sense of political fatigue has evolved regarding foreign governments and the Trump White House. That in mind, I want to reiterate the gravity of President Trump’s call to President Zelensky and his administration’s subsequent actions: he subverted the American public’s right to a free and fair election and compromised the geo-political security of Eastern Europe. The withholding of military aid to Ukraine weakens our strongest ally in the region and makes Ukraine susceptible to Russian interference, which would set the stage for a second Cold War.

Most of the Republicans’ defenses of Trump have been illogical, but there’s one argument with the appearance of merit that should be addressed. Some have made the argument that the Democrats are undermining the electorate by seeking to remove the President so close to an election. But the Democrats aren’t acting without an electoral mandate. A majority of Americans support the beginning of an impeachment process (according to FiveThiryEight’s polling aggregate) and in 2018, the American public overwhelmingly voted for a Democratic House of Representatives with the intention of granting it all Constitutional authority — including the power to impeach the President.