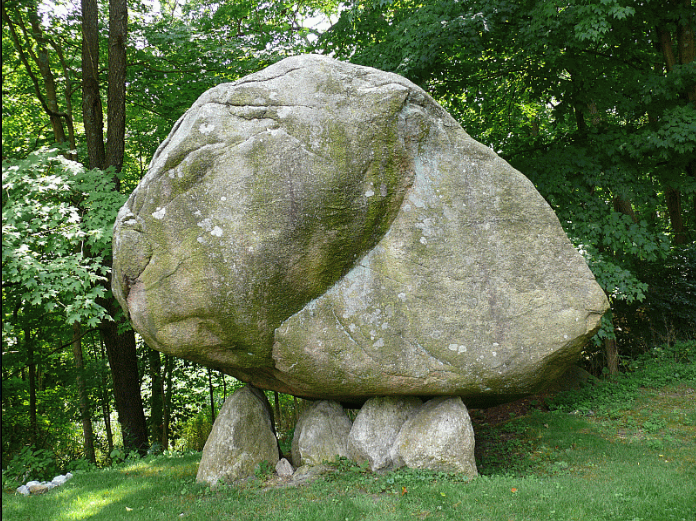 SUNY Purchase Hauntings
The State University of New York in Purchase was founded in 1967 by Governor Nelson Rockefeller in order to be the “cultural gem of the SUNY system.” This college has become famous for its dedication to the arts. SUNY Purchase has also become the subject of many ghost stories.

Purchase College was built on land initially owned by a white settler named John Thomas. He was a rebel soldier during the American Revolutionary War, captured and tortured for forty days by British soldiers. He died on May 2, 1777, and was buried and memorialized on the territory that would eventually become a part of the campus. 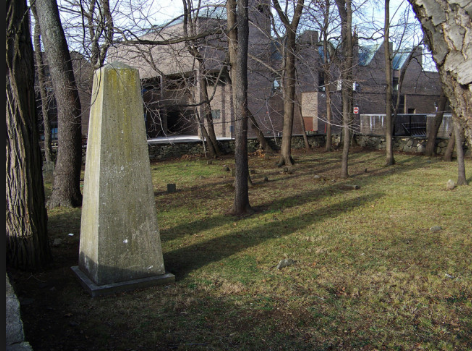 Thomas isn’t the only one who is buried under the feet of college students. There is a graveyard on the property which has often been subject to many stories of mysterious murmurs rising from the grounds, purported to be the noise of those who are buried in the earth below. Many locations have also become infamous as the sites of past self-hangings. The souls of those who took their lives hundreds of years ago still cling to the mortal realm, among the branches of the swaying Elephant Tree and the building across the street from the Starbucks on campus. One of the campus’ most widely known spirits is that of the water tower ghost. Legend says the spirit is the soul of a young boy who drowned near the spot where the water tower stands. All that is left of him is his lonely spirit, calling out to the students below, while still residing in the tower, The ghosts of SUNY Purchase are not as unique as they seem, however. 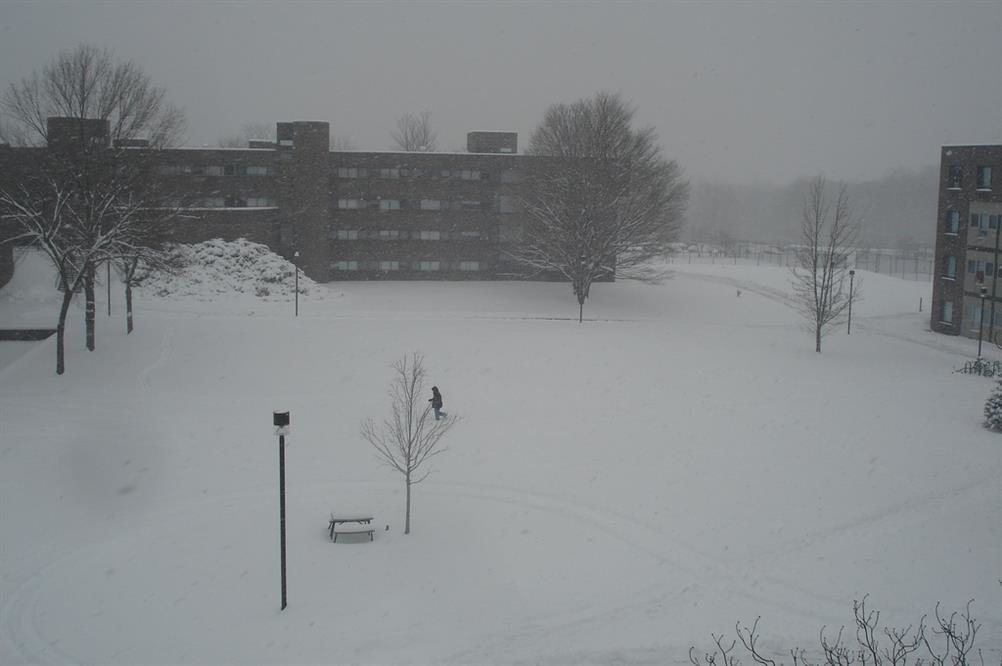 Many colleges are fraught with haunted histories and mysterious stories. Dutchess Community College is built on the grounds where an old tuberculosis hospital once stood and is frequented by the souls of lost patients who come back to find students roaming the grounds where they spent their last tortuous days. SUNY Geneseo has their own ghost, “Tommy,” who attempts to call students by their names for help. Apparently colleges are filled with diverse and imaginative student bodies that generate fascinating stories to explain the mysterious goings on within their colleges. So, to all of the seniors going to SUNY colleges, be sure to sleep with one eye open…

Balancing Rock of North Salem
Natural phenomena are often the subject of myths and stories due to their inexplicable situations in the natural world. An example of this is balancing rocks: boulders which are precariously balanced atop another, refusing to budge after centuries have passed. North Salem is home to one of these balancing rocks, which has generated speculation and archaeological studying.

The North Salem Balancing Rock is placed upon five different stones, all of which share the same geological properties as other rocks within the region: Wappinger limestone/dolostone. The boulder is made of a foreign material often found in Hudson Highlands: pink granite. This balanced rock has two working theories about its origins.

The first theory ascribes its origins as a human monument. The thinking is that the Balancing Rock was built as a religious dedication by Native Americans. Another similar theory says that ancient Celtic seafarers traveled to the Americas and built the Balancing Rock to be a dolmen, a monument to the dead. Although interesting, these theories are mainly considered to be false.

The second and more evinced theory is that the rock is an erratic, which occurred when a passing glacier created friction which removed boulders from the ground and transported them farther down the glacier’s path when more of the ice melted. Balancing rocks, like the one in North Salem, are the result of an erratic falling on top of rocks, creating the structure that occurred. These rocks, although rare, are simply the result of a natural coincidence. 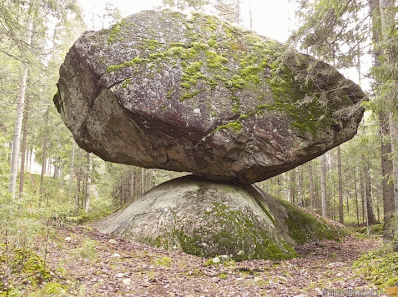 A more well known balancing rock is the Kummakivi (strange rock) in Finland. This rock is also an erratic, although the base of the structure is only one large rock instead of five small rocks. The myth behind the Kummakivi is that a war broke out between giants and humans over hunting ground rights. The battle eventually ended in a truce between the two groups. To represent the peace between the two armies, the giants placed their rock down on one of the humans’ rocks in order to represent the fact that both giant and humans would use the woods. No one has been able to move the rock, even with machinery. Now, like in North Salem, the rock is a tourist attraction.

The Kummakivi and North Salem Balancing Rock both show the mystery of nature and how the forces of the earth and the heavens produce amazing occurrences as well spectacular stories. Even though we have the means to research the truth behind the phenomena, it’s always good to see how our ancestors viewed the world around them and tell the stories they created to explain the phenomena.