Leadership Class is Ready to Make a Change 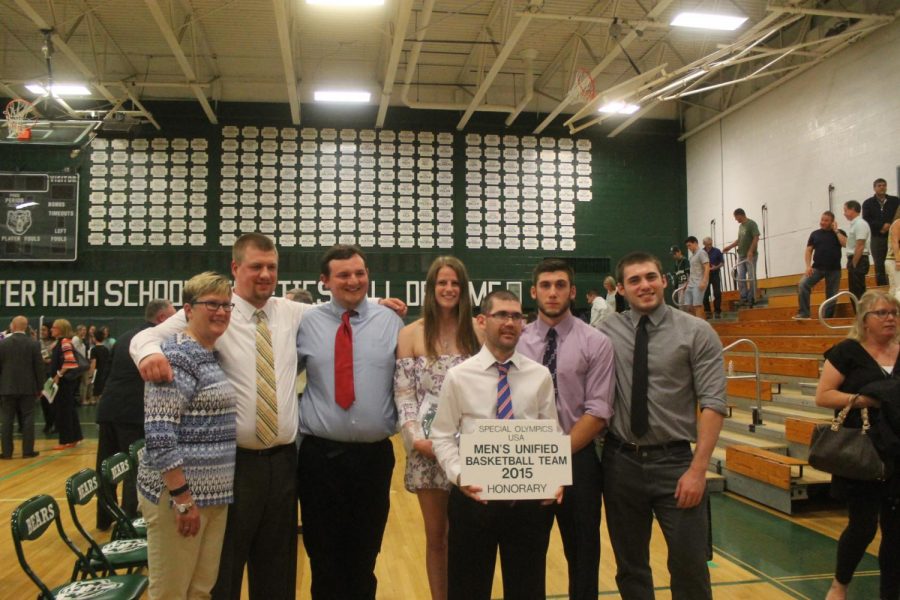 Mrs. O’Sullivan’s leadership class is learning the true meaning of leadership with their end of the year projects, as they are learning to be the change they wish to see. The process involves a multitude of steps and skills that the students learn to incorporate into their work. The leadership students are presented with the personal project at the beginning of the semester. They are challenged to come up with a project that does any of the following: builds community, inspires others to act for a cause, raises awareness for a cause or issue, or allows them to pursue something about which they are passionate. While the projects are the focal point of the course, there are many other skills developed throughout the semester. The students identify areas they would like to improve upon such as public speaking, collaboration, time management, problem solving and motivating others, all of which are worked on throughout the semester. The projects call upon students to put these skills and many others into action.

Each year, the students’ projects have been more impressive than the last, and the work of Leadership Class of 2017 did not disappoint. There was a wide range of interests pursued in the class, but the outcome at the end of the semester was the same. Students worked together, adjusted their plans as they saw fit, and made an impact on others in the local and surrounding communities by demonstrating their leadership abilities. After completing their projects, many students have explained their newfound confidence and the awareness of the fact that they are capable of making a positive change if they put their minds to it.

To fulfill the needs of the project, leadership students Haylie Keuroghlian, Brianna Arellano, Gesselle Jarrin went around to the seniors of 2017 and interviewed them for a video to look at where they were at through their high school years. This video is meant to help this group reflect on their pasts when looking at it years from now and to have something to look forward to in the immediate future. In another project, Ardian Rama and John Delgado filmed a dance/music video featuring students and faculty of BHS celebrating the end of the school year and allowing people to have a good time by dancing. Sarah Bak and Justin Espaillat, along with the Leadership class, planned the first annual senior graduation walk. Additionally, Joe Keane started a peer mentor program for next year, where upperclassmen will be assigned to an incoming freshman student and will advise them on academic and social criteria in order to ensure they have a great first year in high school.
Current students were recently asked to reflect on the class and anonymously give advice to future leadership students. Some of their pieces of wisdom include:

“This is your chance to make a differ- ence, big or small. I am glad I took advantage.”
“I believe everyone in the school should take this class. It shows how much good can be done a short period of time.”
“I would also say that each and every student has the ability to leave their mark and make a difference; it’s just a matter of taking action and get- ting involved.”
“I know that growing up, every- one thought that indifference was cool, but I think after this class people are finding that indifference is not cool. Passion is cool. Charity is cool. And be- ing a good person overall is the cool.”

The hope of these students is that they have created projects that will not only make a positive impact in their community and amongst their peers, but that the impact be powerful and with benefits that last a lifetime.