Answering the Call to a Life’s Pursuit 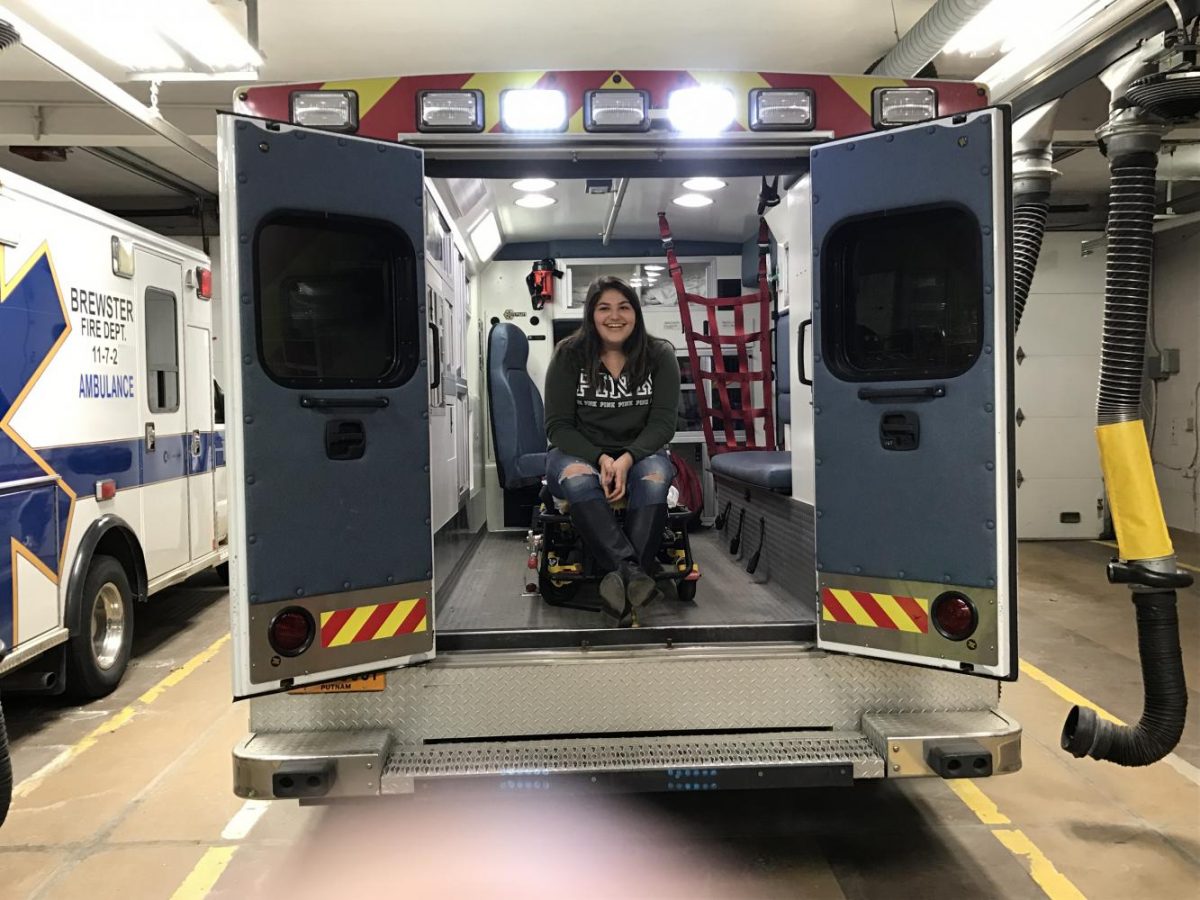 Ready to answer the call at the drop of a hat, Sabrina prepares for what comes next.

Have you ever heard sirens in the distance and wondered what emergency was occurring to make them sound? Have you ever wanted to know where a fire truck was headed or what was happening inside the ambulance that sped down the road? When you join the Brewster Fire Department, you will never have to wonder again. Every time I hear sirens, I check my phone for the text explaining the call. It could be anything; a back injury or a structure fire or a carbon monoxide alarm or traumatic injuries or a motor vehicle accident or breathing problems…just to name a few.

When you consider becoming a member of the Brewster Fire Department, you become a part of something bigger than yourself. You become a crucial piece of the future by carrying on the legacies of those who came before you. To join, all you have to do is show up at the Brewster Fire Department on Main Street any Monday at 7pm, be at least 13 and have a desire to help the community. You can become an attendant on the ambulance, or a firefighter once you go through the proper required training. It’s a unique lifestyle choice many would never consider, but those who do never regret it. TJ, a member who joined during his junior year of high school said, “I could be a school kid and still save lives. Best decision I’ve ever made.”

The fire department is welcoming of everyone, no matter what age, gender or race you are. If you’re willing to help, you’re welcome in the department. A community is formed between everyone in the department. The sacrifice and generosity that is seen between the members is something that TJ explained this way: “When it all hits the fan, you know who’s got your back – literally.” You’ll never have to look far for help at the department, someone will always be looking out for you.”

You have to be ready to face hard realities when you’re in the department and go out on calls. I, myself, have faced many hard situations where I was confident that we did our best in assisting a person in need but could not cure them. Many members have experienced hard calls, worse than those in my young experience.

Frank, who has been a member for 43 years, remembers a call that still sticks out in his mind. “It was in Mahopac in 1979. Two kids hit a tree and the motor was 100 feet away from their car. We were the first in the county to have a hearse (ambulance). We had the jaws of life, too, so we were called.”
Harsh realities are relevant for members and is something that has to be a part of the equation when considering joining. TJ has experienced this call, explaining, “It was on a highway with one of the kids I went to high school with. You never know who you’re gonna see. You never want to cut out (from a car) a family member or someone you went to school with.”

Though many hard tasks are completed by the members of the fire department, they brush off any pity or sympathy people have for them. Frank says, “Someone has to do the job.” You have to be headstrong to be a part of the department and know that you can endure high-stress situations.” Frank also stated, “The adrenaline starts, and you just do your job.”

One of the greatest aspects of going on a call is the divergent situations and people you will meet within our very own community. Vinny, a member who started out as an explorer at the department explains, “Every call is different because you never know what you’ll face.” The ability to adapt to different situations is crucial in responding to these calls, but the feeling you get when helping a person in need is so hard to describe; it’s unlike any other reward; it is found nowhere else in any other circumstance.”
So the next time you hear a siren, don’t wonder where it’s going and what it’s about. Wonder who you know is going on that call and what questions you’ll be asking them about on Monday night.