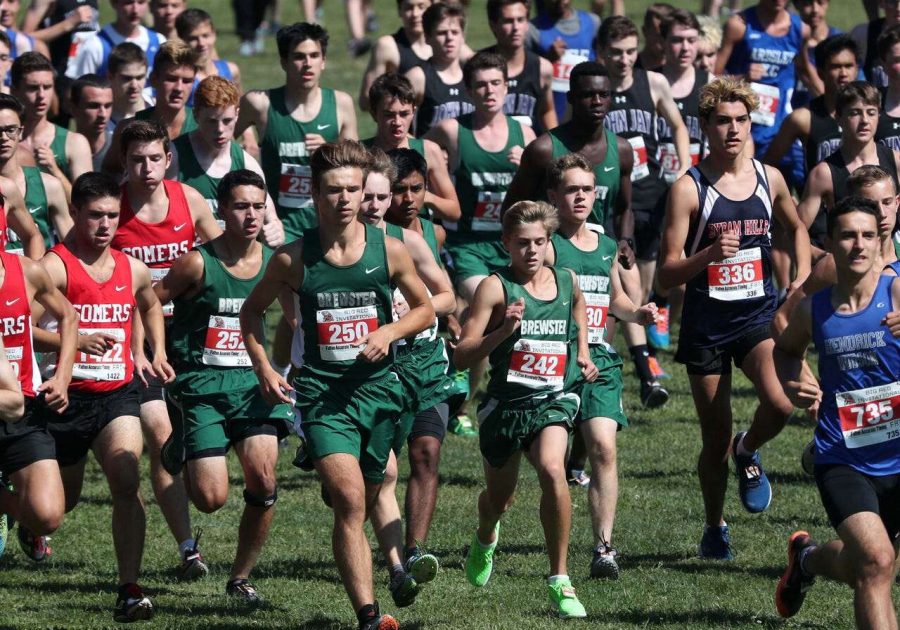 Boys Cross Country had both a strong Varsity and JV team this season and with four of our top five athletes returning next year, they hope to carry the success for another exceptional season.

Highlights included “Player of the Week” performance of 3 touchdowns by Thomas Consolato against Hen Hud and a 95-yard touchdown run by Christian Rhodes against Beacon. Also great were 2 interceptions returned for touchdowns by Paul Catalano and Jaquavious Williams against Poughkeepsie.

Football is coming off a win in their first sectional playoff game against Pelham. They lost to Yorktown in the playoffs on October 25th (35-7).

Dan Giron was a standout striker this year as the top goal scorer. He had six goals from far out and close. Samuel Lowe was stopping goals all year, diving left and right. Jordy Cerrato made it on ESPN with a diving header top right cheddar versus Yorktown. Alex Rosales, Tony Saljanin, and Jackson Mahoney all held down the fort in the back. Josh Lowe had the wheels and saved them a plethora of times. Aidan Izaguirre came off of an injury to recover and secure the middle of the field with Eddy Monges and Marco Gulla.

This year was a building year as the team lost nine seniors last year and many more this year. Looking into the future they have a lot of young talent moving up the ranks. Their formation is starting to take shape and fortify the team and have a lot to look forward to next year.

Girls Varsity Field Hockey
Captain: Meaghan Feehan, Ashley Goodliffe, and Danielle Heintz
Coach: Jen Herschman
League record: 9-8-1
The team had some great games, including their 2-1 victory over Walter Panas, 2-1 victory over Pleasantville, 4-0 win over Sleepy Hollow, and their most recent 1-0 win in the team’s first sectional game against Yorktown.

The team lost in the quarterfinal sectional game and is looking forward to next year.

The team made it past round one in sectionals with a win against Lakeland which has not happened in a long time. Their record has substantially improved since 2017. Gianna Derose won player of the week got all-section and Amanda Sherman got all-section honorable mention. The girls all came together as a team and pushed through everything as a family.

The team looks to improve more every single season and get more wins. They strive to become more of a threat to high reputation teams.

Mia Palladino had an outstanding performance during the season. She went to the conference tournament and moved on to sectionals. The team was very proud of her. Also, during the season the team had a successful fundraiser to get an all-sport wheelchair for Jeffrey Marotz. The team collected $2,288 at their annual Hit and Help Fundraiser.

They wish the best of luck to next year’s team.

Even though the team’s record was not as good as they liked, the team grew positively throughout the season. One great thing they did this season was their annual Dig Pink game. They raised over $3,000 for breast cancer awareness. They had many injuries but persevered with the talent they had. Seniors Madison Chiudina, Lauren Becker, Annie Sullivan, Angelina Gasparre, Michelle Marotta, and Grace Nichols will be missed.

Looking forward, they will only get better from here.