Responses, Fears, and What This Means Going Forward: A Fan Reacts to The Last Jedi (spoilers) 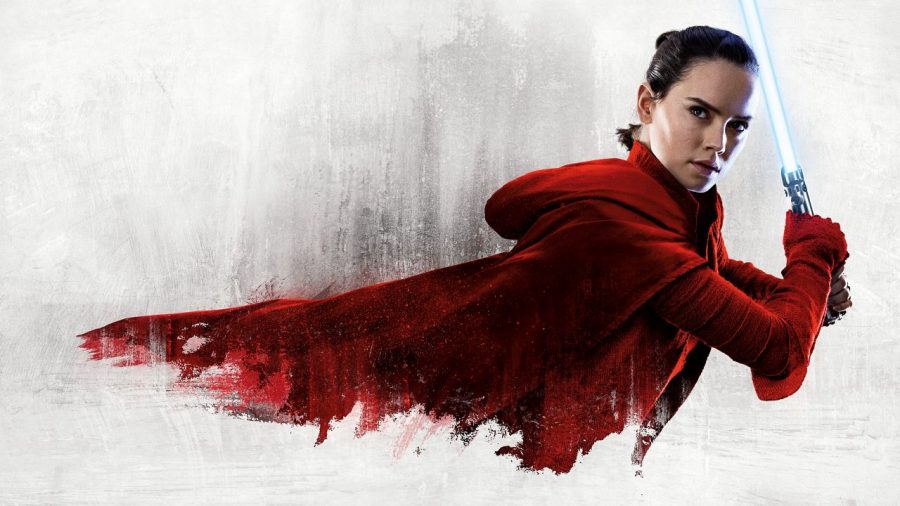 Two years after the release of The Force Awakens, Star Wars fans have finally been released from their carbonite cells in order to return to theaters to see Star Wars: The Last Jedi and this film has become the debate of the year. Breaking box office records with over $600 million domestically to become the 9th highest grossing film of all time, it boasts the second-highest grossing opening weekend ($220 million), with the top slot being taken by its predecessor The Force Awakens. An impressive feat for Disney.

The initial responses for this film were anything but positive. While critical reviews were generally good, praising this film for it’s beautiful images and well-composed shots, fans had some other ideas. (The film has gained a 90% critic approval rating on Rotten Tomatoes, but only 49% of users claimed they liked the film.) Let’s address these complaints head-on, showing that most of these choices made sense.

Underwhelming Aspects
There were many mysteries that fans were hoping would be addressed and solved here. While many were brought up, most were unhappy with the answers received. Rey’s parents, a driving factor in her life and the source of her abandonment and emotional instability, was revealed that they were nobody’s, just “filthy junk traders.” Yet, this choice also allows Rey’s character to grow and move beyond this one hang-up, as now she has no reason to try and find her parents, or use them as a scapegoat anymore. Another involved Supreme Leader Snoke’s character. Initially portrayed as intimidating and powerful, one who seemed to be important in upcoming films, he is thwarted by Kylo Ren in one small stroke. Fans disagreed, especially because the previous film featured no background on the character, and he was now let go quickly. This choice can be defended by citing the idea to pull away from some of the more predictable aspects and to allow characters unique opportunities to rebuild the way they want, paving the way for Kylo Ren to ascend to his full power. However, many were disappointed in the wasted potential of Captain Phasma, a character previously given 2 minutes of screen time, who now racked up about 5 more before her death. Phasma is one of the first female commanders to be recognized on film. Hellbent on ridding the galaxy of rebel scum and harboring a vendetta against Finn, there was so much room for her to become a stronger antagonist. Unfortunately, they decided to kill her off, though l don’t believe she is truly gone, because bad girls don’t burn.

Too Many New Ideas
Many fans argued against the slew of new aspects from Force astral projection, to hyperspeed through a ship, to Leia’s ability to use the force. Because The Force Awakens was so similar to A New Hope, it was hard for fans to complain. The Last Jedi however, chose to throw in as many new and unseen ideas as they could. While many argued against these choices, claiming it was too much for one movie, I would disagree: these new aspects help to derail the expectation one has. When films are speculated about as much as these are before their release, it is almost impossible to surprise your audience. However with this film, the creators were able to throw people off, deviating from the cookie-cutter-hero-complex trope, creating a fresher film with a more authentic feel.

Throwing Finn into a Subplot
Following his injury at the end of the first movie, many fans were excited to see Finn returning to the screen better than ever. Yet, while Finn is given a good amount of screen time in this film, he is not nearly as essential to the plot as he was in the last, getting shoved off into a side adventure along with new character Rose. While many fans love Rose and her involvement in the film, her character was not introduced well, and was given very little indication as to her purpose in the next film. While it was good to see Rey and Finn apart, doing their own work for the resistance, I hope in the next film they will be featured more as a duo, and learn more about what Rose as a character can bring to the table.

The Humor
Many fans were annoyed by the heavy prevalence of comedy, believing it made light of too many situations that were supposed to be more serious. Po and Hux’s intercom conversation, Luke and the alien milk, and the close-up of Snoke’s body: all these moments break a lot of important tension. Many had this complaint about Luke Skywalker, as well, stating that the choices made for the role did not fit the character, and his more comedic sense did not fit with the story they were trying to get across.

Aside from these points, there were many things I loved. The fact that it deviated from the traditional structure and created all new aspects to be explored in the universe made it really feel like they were moving along. In terms of new characters, many have grown fond of Vice Admiral Holdo (Laura Dern), Leia’s second in command, who was introduced here. She is powerful, smart, and is willing to sacrifice everything for the survival of the resistance. Dern gives a lovely performance, creating a multi-faced character that isn’t even heavily featured,. And don’t forget about that awesome costume and even cooler hair. The only thing people have against her is her lack of screen time.

Also, Rey’s and Kylo’s enjoyable conversations helped to give lots of insight into Luke’s life, as well as providing the audience with a conduit for both sides of the force. Along with this, Rey’s internal struggle throughout the film is phenomenal, as we see her battle with what she knows is right and with what she wants. As the dark side reveals her desires, the light side helps her see why things must be the way they are, making for an interesting conflict within her character. This film also exposes audiences to the allure of the dark side, giving the viewers insight into creating total balance in oneself and with the world around us.

Another aspect worth noting is how beautifully shot the film is. Each frame is purposeful and smooth, and the use of color helps to properly accent emotional scenes. Whether Luke is approaching the First Order in a red-blood/white salt-soaked terrain, Kylo and Rey are fighting back-to-back in a red-drenched room, or Luke’s ascension in front of an orange sky, all are moments that help redeem every aspect of this film that may have been seen as weak. And building off the scene of Luke’s death, it is important to note the parallels between here and his introduction in A New Hope, with the similarities in color and framing on Tatooine, bringing the character full circle.

As such, I have very few apprehensions regarding the next film. While I am concerned with the amount of time left compared to the amount of story that needs to be wrapped up, I have no doubt that things will be tied off in a satisfying way. Many are also wondering how Leia’s story will be finished, as the writers have released that her arc was not complete. However, for the purpose of respecting Carrie Fisher’s legacy, Lucasfilms has already said that they will not be recreating her with CGI or leaving her arc unfulfilled. Our hope is that they do their best to have the character she created achieve peace. All that is left to do is bide our time for the next two years so that we are more than ready for when the final installment is released!