New Instruments of the World 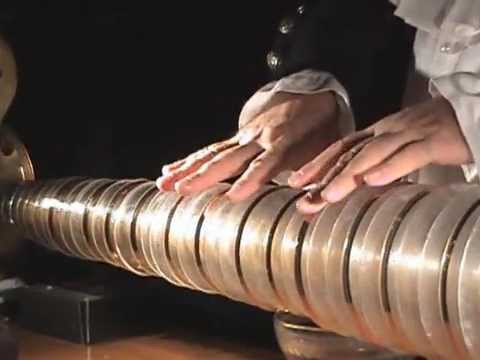 So, you’ve got some talent in music, heh?  You play the guitar or violin?  Oh, that’s cute.  If you really want a challenge, her

e are some instruments from around the world for you to tackle next.

The Charango is a small Andean guitar, about the size of a ukulele. When Columbus conquered the Americas there were no stringed instruments.  They brought Spanish guitars with them which eventually evolved into the Charango. The Charango is found in the Andean regions of Ecuador, Bolivia, Peru, northern Chile, and Argentina. In Argentina it is also known as the Mulita, Kirkinchu (sometimes “quirquinchu”) and kirki in Bolivia and Peru.  The Charango is traditionally made from an armadillo shell but is now more commonly made from wood. It has a very rich and special sound because of its six double-strings.

The Xaphoon, Maui Xaphoon, or Pocket Sax, was invented by Brian Lee Wittman, who lives in Maui, Hawaii. Whitman crafted the first Xaphoon out of the wild bamboo that grows wild on the island. He was playing his own metal saxophone when a young boy came up to him and asked if Whitman had a little one to play. He began whittling a small block of bamboo and shaved the mouthpiece down to an angle and tied on a reed. From this original one, Whitman estimates that he has made about 40,00 of them over the past 25 years or so. The wild bamboo from the island provides a beautiful burnt finish and an old-world hand crafted charm. He now sells them made of plastic, which makes them cheaper and easier to obtain. The Xaphoon has a 2-octave range and uses a tenor sax reed. In comparison to playing the average saxophone or clarinet mouthpiece, the one on the Xaphoon is very bulky with a small angle and doesn’t come to a point, making it a little harder to get out a sound.

The glass armonica, bowl organ, or hydrocrystalophone was made by Benjamin Franklin in 1761 after he saw an earlier version of upright water-filled wine glasses. It is constructed of a series of 37 glass bowls increasing in size on a rod that spins as the player pumps a pedal, like an old sewing machine. The player wets their fingers so they glide smoothly across the the surface of the bowls. As the player drags their fingers on the glass, a note is heard; higher for smaller bowls and lower for larger ones. Rims of the bowls were painted different colors according to the pitch of the note: A (dark blue), B (purple), C (red), D (orange), E (yellow), F (green), G (blue), and accidentals were marked in white. Since all the bowls were closely packed together, the player could sound up to 10 notes at a time. It creates a very sweet sound that can be heard by dragging your finger on a wine glass. Pieces for the armonica were written by famous composers such as Mozart, Beethoven and Strauss. Many Europeans learned to play it, but it lost popularity in the early 1800’s because of rumors that anyone who played it or listened to if would go mad; because it excessively stimulated the nerves. Few people still play the armonica, but it has not gone extinct.