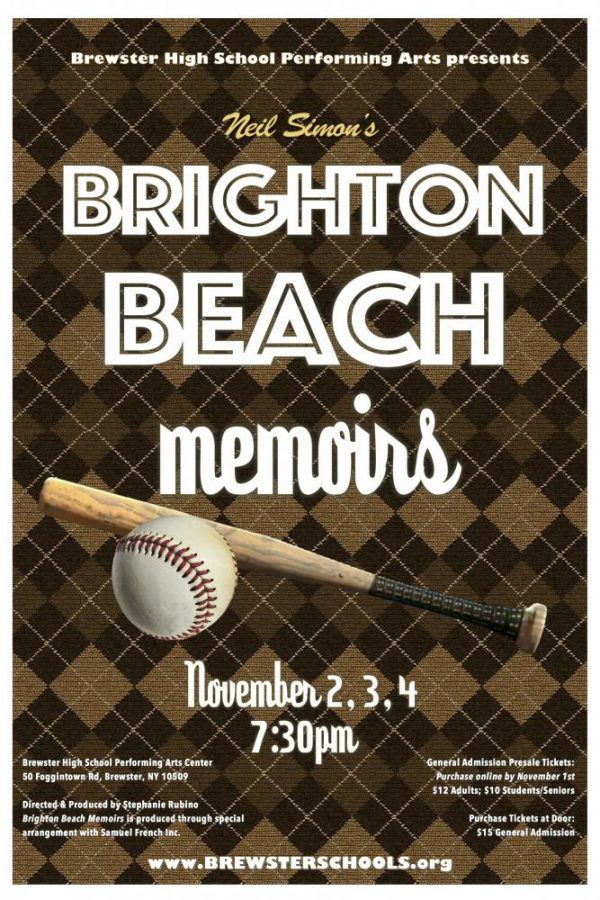 Brewster High School is thrilled to announce the cast of its fall drama, “Brighton Beach Memoirs” by Neil Simon.

About the show: Eugene Jerome and his family are fighting the hard times and sometimes each other—with laughter, tears, and love. It is 1937 in Brooklyn during the heart of the Depression.  Fifteen-year-old Eugene Jerome lives in Brighton Beach with his family.  Dreaming of baseball and girls, he is witty, perceptive, and forever fantasizing his baseball-diamond triumphs as star pitcher for the New York Yankees.  As our guide through his “memoirs,” Eugene takes us through a series of trenchant observations and insights that show his family meeting life’s challenges with pride, spirit, and a marvelous sense of humor.  Eugene must cope with the mundane existence of his family life in Brooklyn: formidable mother, overworked father, and his worldly older brother Stanley.  Throw into the mix his widowed Aunt Blanche, her two young (but rapidly aging) daughters and you have a recipe for hilarity, served up Simon-style.  This bittersweet memoir evocatively captures the life of a struggling Jewish household where, as his father states, “if you didn’t have a problem, you wouldn’t be living here.”