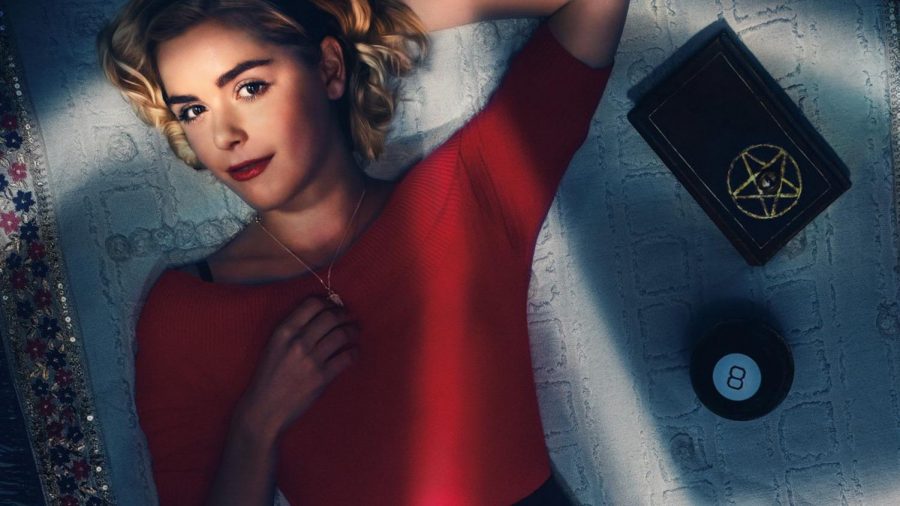 Gone are the days of the sitcom Sabrina you used to know.

When Netflix announced that they were going to be reviving the beloved comic and sitcom character, Sabrina the Teenage Witch, fans were less than pleased. Many were convinced that Sabrina was just going to be another unnecessary reboot that would wind up tarnishing the reputations of the characters they knew and loved. Fortunately…they were wrong. The Chilling Adventures of Sabrina is fresh, wild, and just a little wicked.

Created by Roberto Aguirre-Sacasa, the man behind the incredibly popular Riverdale, The Chilling Adventures of Sabrina follows a similar format: using the same names and characters from its source material but changing everything else. One major change between the original Sabrina and Chilling Adventures is that the latter is absolutely terrifying. Released on October 26th, just in time for the scariest day of the year, Chilling Adventures delves deep into satanism, monsters, and as much gore as you could imagine.

Following the life of half-witch Sabrina Spellman (played by Mad Men actress Kiernan Shipka) on the eve of her 16th birthday, the show delves deeply into the hierarchy of witches and the devil himself. Born half-witch (on her father’s side) Sabrina is forced to choose between signing her soul away and leaving the world she knows behind, or betraying her magical heritage and resigning herself to a moral life. This decision, however, is not as clean-cut as it may seem, as many evil forces are working together to pull Sabrina onto the path of darkness, but she wants to stay with her friends Rosalind, Suzy, and Harvey (Jaz Sinclair, Lachlan Watson, and Ross Lynch, respectively). Pushed further by her aunts, Zelda (Miranda Otto) and Hilda (Lucy Davis), Sabrina finds herself in a constant struggle between the forces of good and evil.

If there was one term to describe it, Chilling Adventures is ambitious. While the overall arc of the series is good, it is undeniable that some episodes are far better than others, and the show does hit a lull towards the middle of its season. Another issue would be the use of the blur-edge filter when depicting some of the show’s more magical moments. Intended to be a way for fans to see when the presence of magic is strong, this thick filter often makes characters seem out of focus, making the show very hard to watch. Also, the filters are also not consistently applied in a scene, so characters can go in and out of this visual while in the same action or sentence. Additionally, the Academy of Unseen Arts also only makes fleeting appearances in the first season, and the show would be headed down a stronger route if they search deeper into that plotline next season.

The costumes, acting, and ambiance for this show are undeniable. The music and setting help to cultivate a 60’s aesthetic, and the characters easily melt into that, connecting them more to the comic book Sabrina days than anything else. However, the role of activism and the portrayal of teens makes it undeniably modern, mixing to create a fantastic place that feels eerie itself. The music was chosen almost perfectly and adds another layer to the show’s thick ambiance. If you have the time, please check out the show’s absolutely magical soundtrack.

Sabrina’s Shipka does a fantastic job at portraying a real teenager and hits all the right notes when playing a dramatic scene, while also being believable in the show’s fleeting comedic moments. Never seemingly stuck or overdone, each episode exhibits her strength and versatility as an actress.

Also worth noting are Miranda Otto and Lucy Davis, who play sisters Hilda and Zelda Spellman. Not the funny dynamic duo of the original Sabrina days, there is now a strong and compelling disconnect between these two characters. Zelda clearly holds the upper hand in the eyes of the dark lord, while Hilda is doing her best to ensure Sabrina’s happiness. Their power struggle makes for some of the funniest and most heartbreaking moments in the show and is easily the most interesting dynamic in the series.

If you are looking for a scare, I highly recommend The Chilling Adventures of Sabrina. For Riverdale fans, a crossover for these extraordinary teens has been hinted at heavily. And don’t worry about the original Sabrina cast, as they already sent their “best witches” to the new generation!